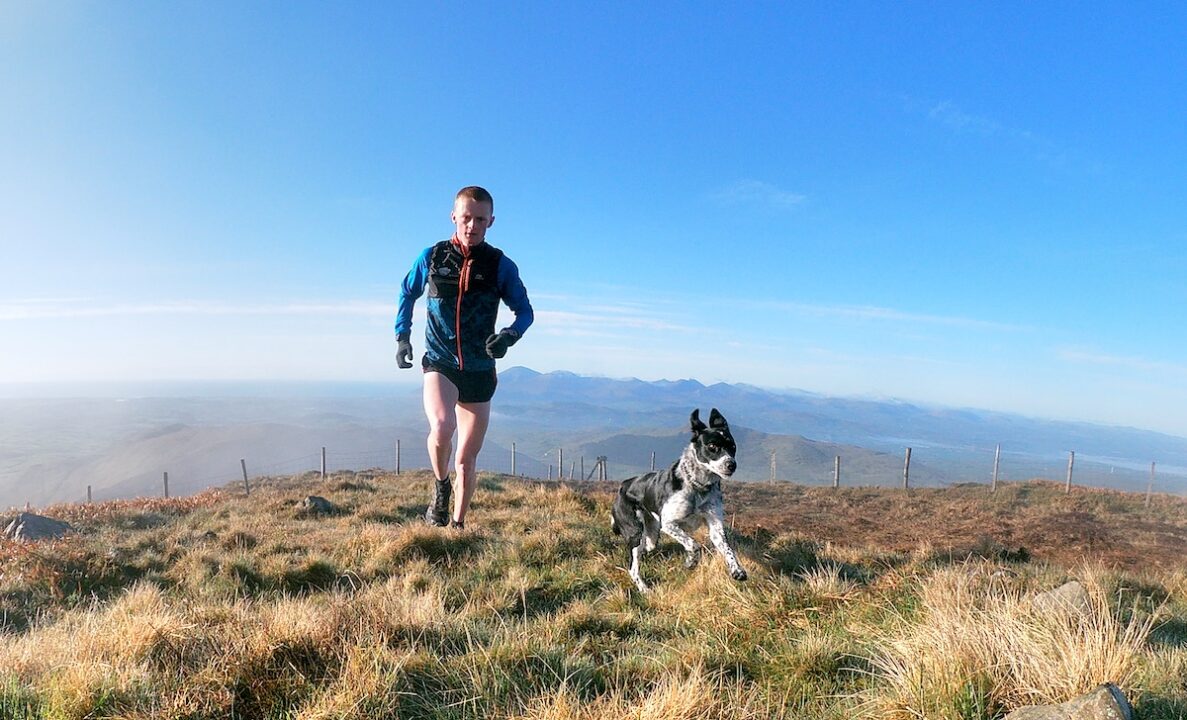 Fast10’s Zak Hanna, a man with his glass half full, turns his time on furlough into time to experience the pro runner lifestyle.

I remember sitting down to watch Boris Johnston make his announcement. The UK would be joining the rest of Europe, and the world, in going into lockdown to help battle the outbreak of coronavirus, subsequently closing down everything such as schools and many businesses.

Normally I never watch the news as it’s full of politics and negativity, two things I don’t have much time for, but going by the worsening situation in the world watching the announcement was a bit surreal.

The day after the announcement was made I arrived into work not really sure what to expect, but I soon learned that I was going to be off work for at least three weeks as this was the predicted timescale of the lockdown.

With the government furlough scheme being announced, many businesses took advantage and placed their employees on it to help safeguard jobs, and I was one of them.

Leaving work that evening I didn’t know what to expect for the foreseeable future. Nobody knew how the world would look in a week’s time never mind three weeks, with the death tolls rising daily as the virus tightened its grip on us.

Sporting events where being cancelled everywhere you looked which meant that many runners’ plans for the upcoming summer had been wiped out. Track, road and mountain races dropped like flies with travel restrictions making it impossible to travel abroad to compete or train.

You only had to look at social media to get the reaction of many athletes who now all of a sudden had no racing to train for or to look forward to for a considerable amount of time.

How will athletes react?

The hot topic of conversation that I had with others was how interesting it was going to be to see who either trains hard and comes out the other end in top shape, or who throws the head up and decides to take a break from running because they have nothing worth training for.

For me personally the only glimmer of hope that I had for racing was Sierre Zinal which had been moved to September instead of its usual August date to allow for Swiss Goverment restrictions to be relaxed.

With the race going to be my longest ever race to date, over 19 miles, I decided to seize the opportunity of having no work to go to whilst still getting my wages paid and essentially use the time I had to live like a professional runner. You could say ‘living the dream’ but at the same time given the circumstances it wasn’t quite like that.

The usual routine of running at 6am in the morning, leaving home at 7:45am, doing a day’s work, running after and not getting home until 7-7:30pm every evening was wiped out. I soon got myself into a different routine; one that was centred around running and how I could make the most of the situation I found myself in.

Running with others was not an option as contact was more or less forbidden, but living on the side of a mountain presented no problems to me when it came to not meeting anyone on a run. I think it was 6-7 weeks before I started to bump into others out walking or cycling on the roads around home.

‘Furlough Pro’ was a phrase that I had used a few times when asked what I was doing over the lockdown; essentially a person who was training like a full time athlete whilst on the furlough scheme.

As I said above how people decided to use their time off work was entirely up to them; for me getting the best block of training I could possibly ask for was my aim and I intended to do what was possible to make it work for me. Maybe you can tell which of these two is coping best with the increased mileage.

Not the only one increasing mileage

My dog Corragh was also noticing an increase in her mileage, not that she was complaining-she was great company as usual and she was loving the fact that I was at home everyday to spend some time with her. Man’s best friend and all that!

The weeks and miles flew by without a hitch. I felt fitter than ever, I was exploring more of my backyard around Slieve Croob and creating new routes in the mountains that allow me to cover some good distances from the back door. Mentally it kept me sane due to the lack of other things to be doing with the country closed down.

All the things I didn’t do before I was now doing-a bit more stretching, napping during the day, eating a lot more healthier; stuff that got sidetracked because the rat race was dictating what we done and how much time in a day we had to do it.

Back to some “normality”

When the gradual easing of the lockdown rules was announced and we could meet others outside of our household, running with others was a great buzz to be able to run alongside someone and enjoy the craic that company can bring.

I was in regular contact with my training group through lockdown but it’s so much better to be running along the trails in person than constantly over the phone. The first run out where all of us where together for the Sunday long run was a great one. It had been too long!

With Sierre Zinal organisers announcing the cancellation of the race for 2020 it meant that I didn’t have it to look forward to anymore.

Building for the future

I didn’t panic though, I looked back at the last 12-14 weeks of training that I had and realised that all that will stand me in good stead going forward into next year and beyond. Building the base is a common phrase amongst runners and that is exactly what I was doing.

When we are presented with situations such as the coronavirus they can have a shocking effect on what is our ‘normal’ life. It’s up to you how you deal with it. We can either let it get us down both physically and mentally, or we can use it to make us a stronger and fitter person. In the long term it will be of a massive benefit to our physical and mental well-being.

For me 2020 will be known as the year that I was a Furlough Pro, a story that might seem a bit mad in 20 years time but one that many of us will be able to tell!

What the FKT are the Fell Runners Doing?
The end of the Furlough Pro?