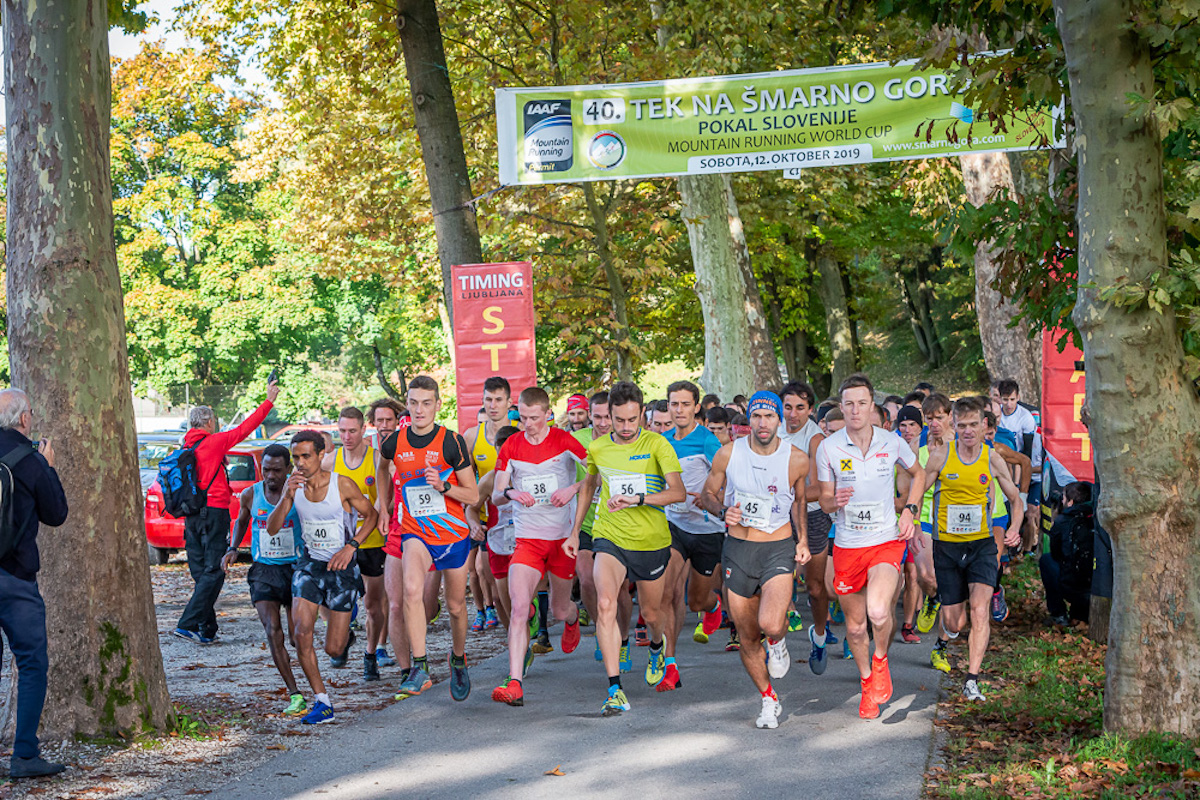 This weekend Slovenia will host a pair of historic mountain running races in the rugged hills overlooking the capital of Ljubljana. Richard Bolt writes for WMRA.

First organized in 1979, the Šmarna gora mountain running race has grown from a local race to becoming internationally recognized as an World Athletics (formerly IAAF) permit race in 2001 and most recently hosting stops on the World Mountain Running Association’s (WMRA) Valsir Mountain Running World Cup circuit. Šmarna gora was also the WMRA World Cup finale 19 times including most recently in 2019.

Šmarna gora – translated as Mount Saint Mary – is an inselberg in the north of Ljubljana, the capital of Slovenia. The mountain is part of the city’s Šmarna Gora District. It is the highest hill (669 meters, 2,195 ft) in the city and a popular hiking destination in addition to hosting races.

Starting on Friday, September 30th, the Šmarna gora record – a WMRA Associate Race Member – will kick-off in the afternoon. This short uphill race is only 1.8 km but climbs 360 meters. Beginning at the Smarna gora foothill / Tacen, it will finish on the Smarna gora summit, following the “Čez korenine” path. Starting on Saturday, October 1st, the Šmarna gora race will be the final Silver Label event in the 2022 Valsir Mountain Running World Cup. This classic mountain running event is 10 km in length with an altitude gain: 710m+/350m-, net uphill but plenty of rugged trail downhills to keep runners on their toes. The race will start in sport park Rocen, 10 km NW from Ljubljana and finish on the Šmarna gora summit.

It’s not just the elite runners who will take on the Šmarna gora race.

There will also be categories and separate starts for juniors and masters runners in U12, U14, U16, U20, 40-49, 50-59 and 60+ age groups with 200 participants registered. The Šmarna gora race is also a national mountain running championships with the championships ranking is for Slovenian teams only.

Expect some of the world’s best mountain runners this weekend in Slovenia but also the very best domestic field assembled.

Sparks will fly when the elite mountain runners depart for Šmarna gora summit. In the women’s field all eyes will be on six-time race winner and multiple world champion Andrea Mayr (AUT) to take a seventh win and perhaps break the course record.

That record was set by Mateja Kosovelj (SLO) the same year she was 2nd at the European Mountain Running Championships. Challenging Mayr will be Sarah McCormack (IRL) who is currently 16th on the WMRA World Ranking. Also look out for Susanna Saapunki (FIN) to challenge for the podium. Other international women ready to toe the starting line include Finty Royle (GBR), Caterina Stenta (ITA), Rachel Borg (MLT), Carmen Hili (MLT) and Carmen Kuntz (CAN).

Looking to make a splash in front of his home-crowd will be Timotej Becan (SLO) who is currently 4th on the WMRA World Ranking list.

In addition to national titles and world cup glory, runners will compete for up to 4000 euro in prize money with a 250 bonus available for anyone who breaks the course records (men: 41:32 and women: 47:40).

All the runners who will participate in both races (Record on Friday and the Race on Saturday), will apply for special awards. The fastest women/men will receive special awards.

The Šmarna Gora Runs bring something new this year – a live broadcast of the events on Šmarna Gora. During Friday’s Record and Saturday’s Run, for the first time this year you will be able to follow the competitors’ arrivals at the finish line live.

Visit this webpage for the livestream link.