What the FKT are the Fell Runners Doing? 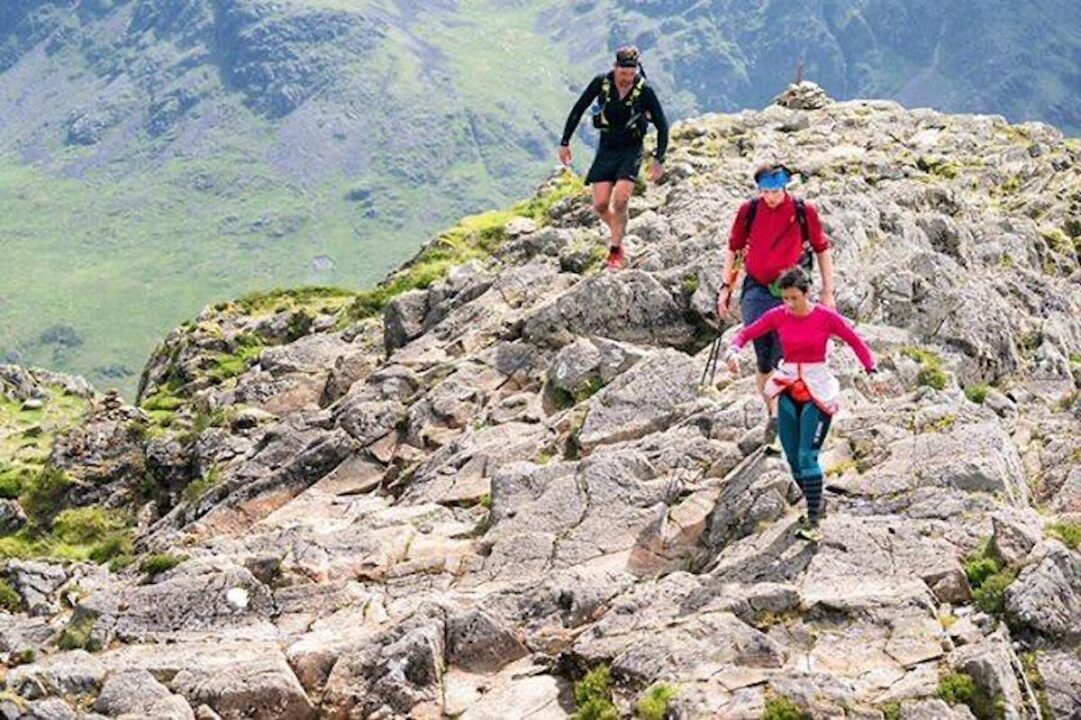 Something wild is going on in the fells and the hills, so Ally Beaven has taken a break from dot watching to let us know what is going on.

Ever since the scythe of coronavirus swept through the wheat field of our summer racing plans, 2020 has been widely proclaimed as the year of the DIY running challenges; the Big Rounds, the long trails, the even longer neglected personal projects. The (if you insist, and I wish you wouldn’t) FKTs.

Things were a little slow through spring and early summer as we all adjusted to the much vaunted New Normal, but in the last week or two things have burst into life.

There have been GPS trackers springing up left and right, allowing us to follow along with everything from the commonplace to the highly esoteric.

While for some these are an irritating aside, a poor replacement for actual racing, for many dot watching is a compelling activity; following little red blobs as they creep across the map, comparing splits, assessing strategies, living vicariously through abstract digital representations of other people’s endeavours.

Whatever your opinion, this week has been a reminder of some of the slightly strange things that fell and ultra runners have decided are important over the years.

Queen of the fells

The undoubted star of the show has been Sabrina Verjee. Setting off from Moot Hall in Keswick at 3am last Monday, she had the ambitious goal of running all the Wainwrights.

For the uninitiaited, a Wainwright is any hill that Alfred Wainwright, avid fell walker, guidebook author and misanthrope, saw fit to include in his seven books on the Lake District Fells. Linking them all in one continuous round is a small matter of 512km and 36,000m of climbing.

Yet the scale of the round was more than matched by Sabrina’s ambition.  Her schedule would have seen her return to Moot Hall in exactly 6 days; 6 hours and 5 minutes faster than Big Paul Tierney’s 2019 record.

Most of this advantage was to come from taking less rest than Tierney, rather than moving faster, the same strategy Paul used when he broke Steve Birkenshaw’s record last year.

No rest for the ambitious

Having been an eyebrow-raising 90 minutes ahead on day 1, Sabrina calmed down and spent most of the week at or near the required pace. As late as early Saturday morning there was still hope that she might break the record, arriving at Great Cockup just 3 hours down, half her scheduled advantage in tact.

From there things started to unravel. Mounting sleep deprivation and problems with both knees  meant slower progress and longer breaks.

In the end Sabrina finished in 6 days 17 hours and 51 minutes.

While she missed the outright record she’d been gunning for, she became the first woman to complete the round and in the third fastest time, behind only Paul Tierney and Steve Birkenshaw. She was faster than Joss Naylor. Precious few people, male or female, can say that.

[Sabrina has released a statement saying she does not want the record to be ratified as she leant on some friends to get down some of the hills when her knees got really bad. We still think it’s a bloody brilliant effort – Editor] Kim Collison nimble as ever, dancing over the rocks. Photo: Steve Ashworth Media

All in a day’s work

Staying in the Lake District, it was another 3am start as Kim Collison took off  at a comparative sprint in pursuit of the Lakeland 24 hour record.

Hartell’s record had withstood the attentions of a number of the Lake District noteables, but, from the comfort of my sofa at least, Kim made it look comparatively easy.

An early evening wobble meant Haycocks was culled from the schedule, but the addition of Fleetwith Pike above Honister, a fell that Hartell had on his schedule but skipped on the day, meant that Kim cruised back into Braithwaite at 02:45 with 78 peaks in the bag and a new crown to hang beside the Winter Bob Graham tiara he picked up last December.

Popping out for a cuppa tea

Keswick again, and there was a new women’s record for the Abraham’s Tea Round, a 50 ish kilometre circuit of all the tops that are visible from Abraham’s Cafe on a clear day. (Less confident runners can tackle the Espresso Round, which is a little under half the distance and only takes in 4 of the fells (I swear I’m not making this up.))

Moving up to Scotland, and into the Never Been Done category, Ian Stewart, Aviemore-based face of Trail Running Scotland, is as I type attempting to become the first person to link all the Munros in the Cairngorms National Park in a single push.

It’ll take about 400km and 20 something thousand metres of climbing to join up the 58 Munros between Mount Keen and Cairngorm.

Anyone who knows the Cairngorms will understand why this is an NDB: mean bog and heather depth for the entire route is upper shin to knee height and Ian is likely to be pulling ticks out of his ears, and more sensitive places, til well after Christmas.

A 22 hour day on Monday took him to Glen Feshie a couple of hours up on schedule and from there are only the 18 Munros between Speyside and Deeside to go. All being well he should finish at the top of Cairngorm on Wednesday evening.

Update – Ian also finished early this morning, taking a total of five days and 22 hours for the monumental challenge and still finishing quicker than we could publish this article.

There has been international FKT action too in recent weeks. New men’s and women’s records for Nolan’s 14 in the Sawatch Range in Colorado; 57:43 for Sarah Hansel and 41:00 for Joey Campanelli, a time so jaw dropping that I spent a while wondering if the GPS track had been faked. John Kelly’s Pennine Way record attempt just finished with an excellent new record of 2 days 16 hours and 40 minutes, with a rumoured second attempt in the offing in the coming weeks. The US La Sportiva athlete finished in the wee small hours of Thursday at Kirk Yetholm. We hear Snickerdoodles were on the menu, whatever they are.

But don’t worry if you feel like you’ve missed all the fun. Both Carla Molinaro (16th July) and Dan Lawson (6th August) are taking a stab at the Lands End to John O’Groats record and who knows, maybe someone else will try something that makes even that look like a parkrun in comparison…

Fear not, there’s still plenty time to waste your summer glued to a computer screen.

The Rise and Flight of HOKA
The furlough pro