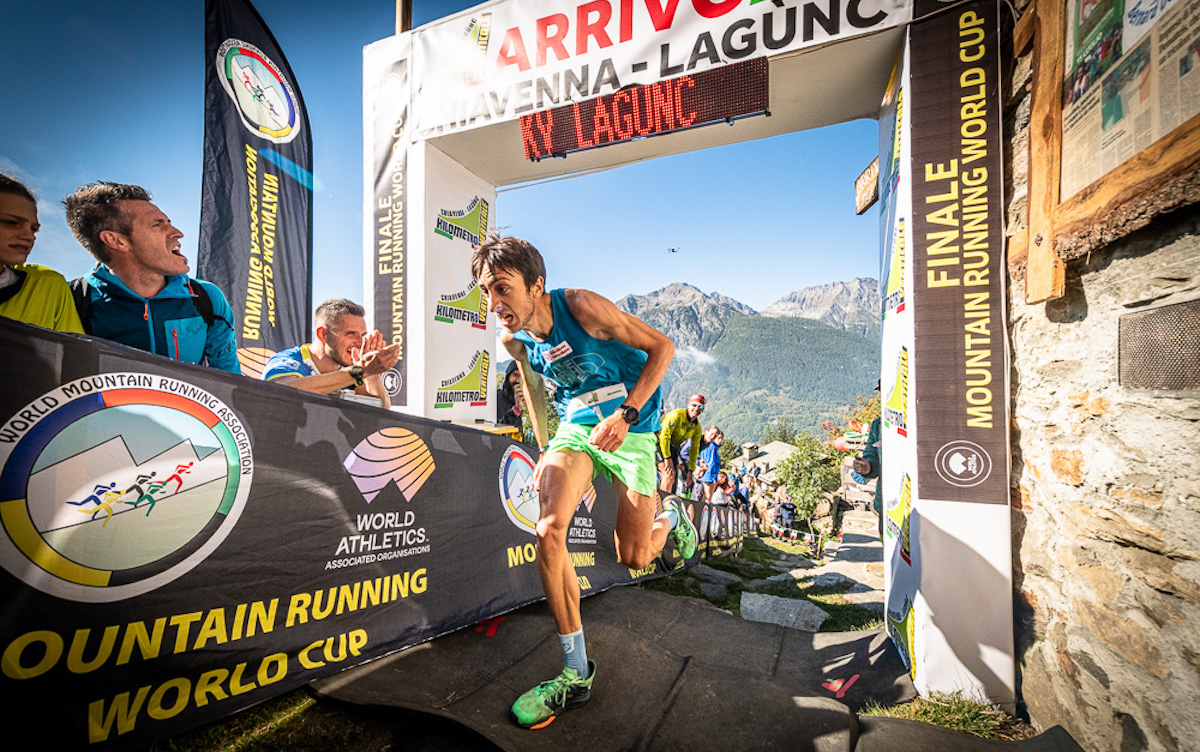 Photo: Marco Gulberti
The Valsir Mountain Running World Cup is set to reach a spectacular conclusion at the Chiavenna-Lagunc Vertical Kilometre in Italy on Saturday.

After so far 16 exciting races around the world, the final podium positions will be decided over 3.2km in distance and 1000m in ascent on the historic route near the Swiss border.

Henri Aymonod, the winner here each of the last three years, and course record-holder Andrea Mayr stand out on the entry lists for what is the fastest race on the World Cup circuit, with the leaders set to take just over half an hour.

Although Joyce Njeru and Patrick Kipngeno have already secured the overall titles, plenty else is at stake before the final World Cup presentations are made on Saturday afternoon. Zak Hanna has been in absolutely fine uphill form this summer. Photo:Marco Gulberti, Corsa in Montagna

Italy’s Aymonod last year picked up his third win in succession by 38 seconds, taking 31 minutes 41 seconds to cover the route which starts at 352m altitude in the centre of Chiavenna and ascends the mule tracks and mountain paths to Lagunc.

With the top two overall places in the World Cup having already been allocated to the absent Kenyans Kipngeno and Philemon Kiriago Ombogo, Ireland’s Zak Hanna and Eritrea’s Petro Mamu will battle it out for third place.

Former winner Mamu, who was seventh last year, will be looking to add to his only World Cup win this season at Giir di Mont.

Italy’s Alberto Vender, who was fourth last year, will be competing in his first World Cup race of the season.

Other top contenders include Britain’s 2019 European uphill-only champion Jacob Adkin, Slovenia’s Timotej Bečan, the winner at Smarna Gora earlier this month and who is third on the WMRA world rankings, Italy’s Andrea Rostan, who was fifth and sixth here the last two years, and Kenya’s Lengen Lolkurraru.

Austria’s Mayr will be seeking to defend her title and continue her impressive record in short uphill races.

Mayr, who needs second to be certain of winning the 2022 short category title, is the course record-holder from when she took the second of her three wins here in 2018. Her time of 35:40 was a world record, though it has been since surpassed.

The world-ranked No.2 would clinch second overall for the season with a win, but waiting to pounce should she fail will be Kenya’s twice world mountain running champion Lucy Wambui. She was ninth here last year.

Italy’s Camilla Magliano also has a chance of second overall as she competes in her 11th World Cup race of the year.

Just behind her in the latter race was Finland’s Susanna Saapunki, who is another lining up in Italy.

Britain’s Scout Adkin will be another to watch out for after she finished third and fourth respectively in the European Championships up-and-down and uphill-only races this year.

The Chiavenna-Lagunc was first run in 1986 and, after an amendment in the route, it became the first world’s officially certified vertical kilometre – defined as climbing at least 1000m within less than 5km in distance.

With a 33% gradient, it will naturally be extremely tough going but, unlike some VKs, the path is perfectly safe for all. Its runnable nature means numerous world records have been set here.

The event will be run as a time trial with each athlete starting 30 seconds apart, starting from 9.15am local time.

The weekend continues with the 42km-long Val Bregaglia Trail race on Sunday. Follow our social media channels, particularly Twitter on @WMRAmountainrun for updates from Italy.