The training philosophy of Mihály Iglói 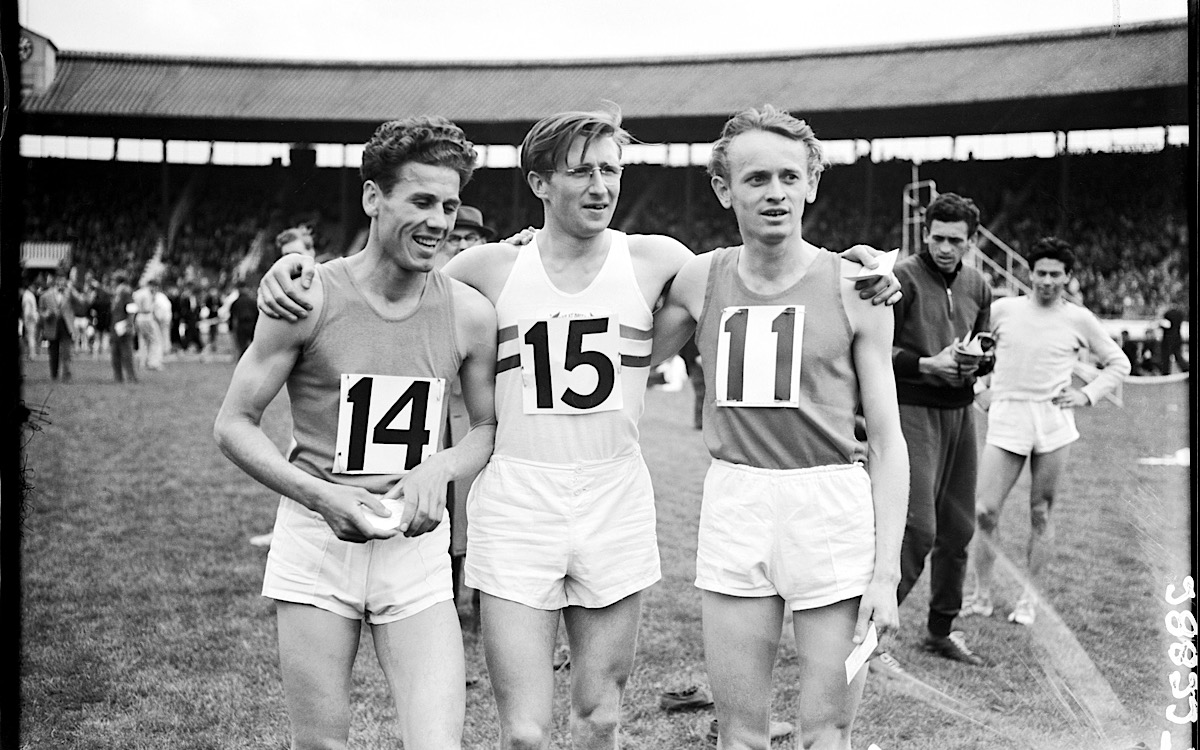 In the second of a three part series, the astonishing coaching career of Hungarian Mihály Iglói is unpicked by Matt Long, Geoff James and Zakarias Karasz.

At the age of 80, Winston Churchill has just resigned as Prime Minister due to failing health and Newcastle United fans are celebrating a first division title.

Meanwhile a young teenager who has begun to compete for his home town Birchfield Harriers club has made his way down from the West Midlands to the capital. With the rain belting down, as the gun goes in the invitational mens mile, his eyes are fixed on the star of the show, Chris Chataway, the man who took Commonwealth Games gold over three miles one year previously in Vancouver.

3m59.0s later, the youngster is disappointed to see Chataway beaten by a relatively obscure Hungarian, whose vest is covered in spattered mud from the splashes on the White City cinders- he looks down at his soggy event programme and tries to quietly pronounce the name- that name is László Tábori.

The Hungarian has just jumped to third on the all-time list over the imperial mile behind to the Australian John Landy (3:58.0) and Sir Roger Bannister (3:58.8).

Four months later, the Hungarian will go to equal the world record in the metric mile held by his compatriot Sándor Iharos and the time of both men will be superseded in the summer of 1956 by fellow Hungarian István Rózsavölgyi.

Reflections on the Hungarian trio

66 years later, Birchfield AC middle distance coach, Geoff James recalls, “It was something else to see the likes of Tábori, Iharos and Rózsavölgyi in the flesh when I look back on it”.

With a laugh, the man who has just been awarded the Lifetime Services to Coaching Award by the British Milers’ Club continues that, “Those three really were the equivalent of Ovett, Coe and Cram three decades or so before we enjoyed our own golden era, both in terms of their rivalries and the way in which they swapped world records with each other”.

That same White City summer of 1955 would see Iharos break three world records over 1500m, 3000m and the imperial distance of two miles.

In that same season Rózsavölgyi would break world bests over 1000m and 2000m before his crowning achievement in taking ownership of that 1500m world record from his countrymen one year later.

With a sigh and a nod to Rózsavölgyi’s ‘post peak’ bronze over 1500m at the 1960 Games in Rome, Geoff concedes that, “It’s a tragedy that none of the three won Olympic gold but you’ve got to remember that when they were at their peak in the mid 1950s, their home country was in turmoil due to the Revolution”.

Our first piece looked at how in the context of the Hungarian Revolution and his citizenship in the US in the early 1960s, Iglói would go on to achieve what he had failed to do with his three prolific countrymen, by guiding Bob Schul to Olympic 5000m gold in Tokyo in 1964.

So what can we learn from the ‘Cold War’ coach?

When one learns about interval training, one tends to automatically assume that it is used to train all three energy systems but suspects it will have high demands on the lactate system.

Unlike many adaptations of interval training in the latter part of the twentieth century, Iglói’s method differed in that efforts tended to be relatively short for endurance athletes. Evidence suggests, for example, that the work he did with Bob Schul involved efforts of between 100m-400m in duration and it was rare that Iglói expected athletes to run further than 400m.

Iglói’s belief was that by keeping efforts short, one could avoid placing too much demand on the anaerobic energy system of his athletes.

In this respect he agreed with the great Arthur Lydiard about the dangers of overworking the lactate energy system at the wrong points in the periodisation cycle, causing loss of form and potential injury.

Like the aforementioned Lydiard, Iglói’s system was based on the idea that a strong aerobic base was needed in order to achieve the physiological adaptations required by endurance based athletes.

Rather than ‘base training’ involving continuous steady state running, however, Igloi’s method was centred around regular and sometimes back to back days of interval training and his use of ‘double-days’ was common place.

By contemporary standards this may appear misguided but when one understands that much of Iglói’s sessions lent towards the favoured aerobic rather than lactate energy system contributions, one can begin to see the logic.

By grouping high volume efforts into sets and by using more active modes of recovery during the recovery intervals, Iglói maintained that he was able to develop the aerobic capacity of his athletes and increase the volume of their work without having to use long steady running, which he believed often lacked specificity of pace and was in danger of reinforcing incorrect motor patterns simply because it was too slow in biomechanical terms.

This focus on very short recoveries with a high volume of efforts has been compared by some to have parallels in the context of how competitive swimmers are trained.

The grouping of interval based work into sets allowed Iglói to work his athletes through a multi-paced system.

Evidence suggests that sometimes the stopwatch was discarded in favour of a Lydiard-like approach of ‘running to feel’, with instructions for efforts to be ‘easy’; ‘fresh’; ‘good’; ‘fast-good; ‘hard’ or ‘very hard’.

Iglói felt that these variations in tempo meant that there was less chance his athletes would incur repetitive over use injuries. A perceived danger of any training system which is high in aerobic volume is that athletes get ‘stale’.

Iglói was aware of this and intuitively understood how the training of the alactic energy system was important as well as the aerobic and anaerobic demands of his schedule. The training of what is nowadays referred to as the ATP-CP system was achieved by 100 yard ‘shake up’ runs at speed but with the emphasis on maintaining relaxation.

What became known as ‘greyhounds’ in American coaching discourses following Iglói’s relocation Stateside, were often effected in the middle of sessions, in between sets of intervals which were longer in duration.

The third and final piece in this series moves on to assess the legacy of Iglói’s philosophy and how it has implicitly shaped the way in which we all train nowadays to a greater or lesser extent.

Matt Long, Geoff James and Zakarias Karasz work together at Birchfield Harriers AC. Matt is a former winner of the British Milers’ Club Horwill Award for outstanding coach education research and Geoff is the 2020 winner of the club’s Lifetime Services to coaching Award. Zakarias was born in Nagykanizsa in the west of Hungary and took the gold medal at the European Masters Games in Nice back in 2015.