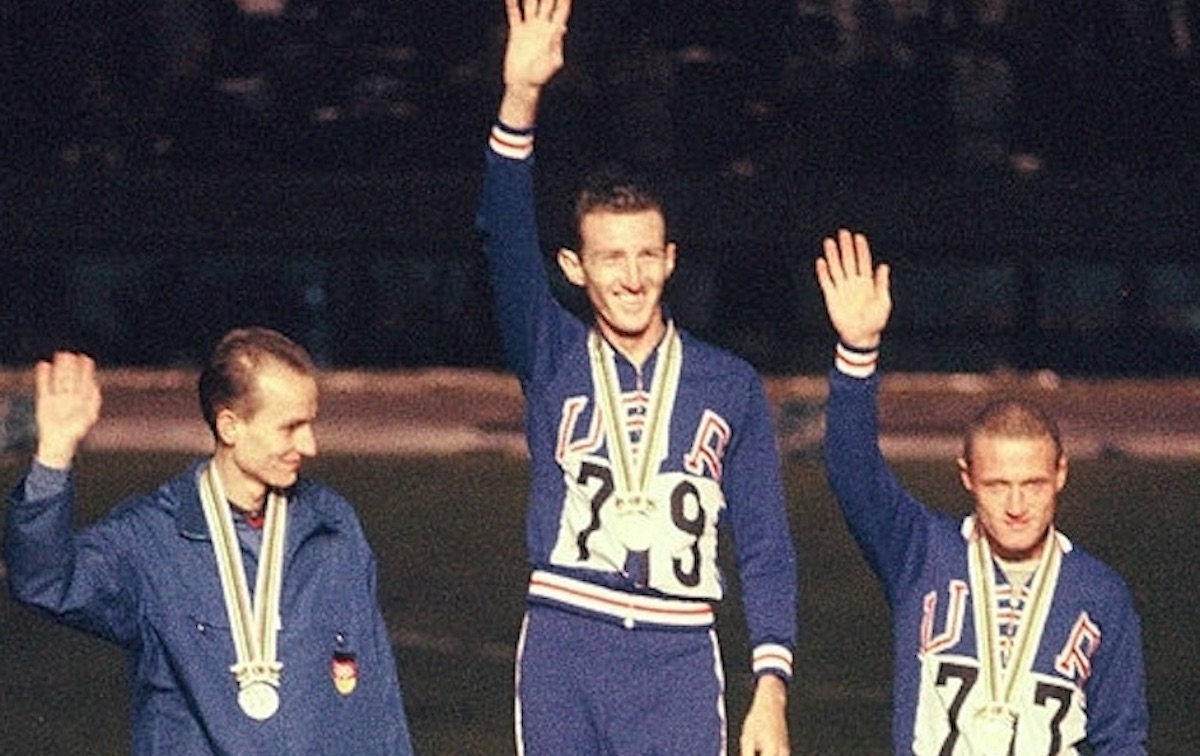 In the first of a three-part series, the astonishing coaching career of Hungarian Mihály Iglói is unpicked by Matt Long, Geoff James & Zakarias Karasz

With 3 laps to go, the legendary Australian Ron Clarke leads the Olympic 5000m final with Rome Olympic 1500m silver medalist Michel Jazy of France, sat on his shoulder. The German Harald Norpoth is placed 3rd as the aforementioned Clarke momentarily glances back over his shoulder.

At this point, Jazy takes over lead with no less than 9 athletes out of 11 starters all still in contention. The US commentary team notes that the relatively modest pace has left the field, “all chugging along together watching each other very carefully”.

With half a mile remaining the commentary team expresses fear for the great hope from Team USA being boxed. Almost instantaneously the man who has been undefeated all year and who has recently broken the world two miles record moves up on the outside with Jazy still leading.

With 600m remaining, the American tv audience are ecstatic to hear the commentary team salivate that, “Bill Dellinger jumps into the lead!”. By the time they take the bell the 1959 Pan American Games 5000m champion has relinquished the lead to Jazy, who will go on the break the world mile record in 1965 and with Dellinger appearing to fade, the Frenchman’s main threat looks to be coming from Norpoth and Russia’s Nikolay Dutov.

If Dellinger’s bid for gold looks forlorn then with 250m to go, the US commentators are enthused that, “Schul is moving up. Schul on the outside”. With 200m Jazy has a seemingly unassailable 10 metres on Norpoth and Schul who is closing down on the German. The man with the world leading time of 13m38s moves past Norpoth. As they enter the home straight Jazy’s seemingly unassailable lead is evaporating thanks to the man who will record 54s for the last 400m and a staggering 38s for final 300m.

With not one but two desperate look backs over his shoulder, the Frenchman is powerless to see Schul drive past with 50 m to go as the US mircrophone men excitedly scream, “Schul is going to win it…And it’s the first American ever to win the 5000m”. The clock is stopped at a insignificant 13m48.8s with Norpoth (13m49.6) taking silver and Dellinger (13m49.8s) rallying to take bronze ahead of the dejected Jazy. Future great Kip Keino can manage only 5th and with a disconsolate Ron Clarke 13m58s way back in 9th.

One has to understand how the man who started his own athletic career as a pole vaulter and ended up representing his native Hungary in the 1500m at the famous 1936 Berlin Olympics, where Jesse Owens let his legs do the talking in the presence of an infuriated Adolf Hitler, took risks as a political refugee.

It’s a journey which takes us from Hungary, to Germany, Finland, Greece and Sweden before moving us on to life Stateside in California. Along the way we will meet an array of athletic characters like Schul’s compatriots Jim Beatty and Jim Grelle as well as speaking in different tongues to Hungary’s precursor to Ovett, Coe and Cram in the 1980s- namely the golden trio of Sandhor Iharos, Laszlo Tabori and Istvan Rozavolgyi.

A story of contradictions

To embark on this journey is to read a story of contradictions. For Mihály Iglói was both an experiential coach who in 1939 was part of a 4 x 1500m world record breaking team on the one hand, yet on the other had was very much a theorist as evidenced by his role as Professor of History at the University of Budapest after World War 2.

We acquaint ourselves with a man who suffered the horrors of a Soviet Prisoner of War Camp between 1945 and 1950 who would nevertheless go on to be described as being the very embodiment of Theodor Adorno’s 1950 classic ‘Authoritarian personality’.

We will struggle to accommodate the tension between Iglói’s insistence on uniformity, compliance and ‘sameness’ as a Hungarian army coach on the one hand and his remarkable understanding of the value of diversity on the other in terms of his reputation as never having given any two athletes in any training group the same session to effect even when they ran alongside each other.

If Mihály Iglói is a bundle of contradictions, then he is most certainly also a victim. He is the victim of outdated stereotypes which are rooted in Cold War propaganda. Caricatured in the literature as ‘cold’, ‘emotionless’ and ‘secretive’, his appearance as a James Bond ‘Blofeld’ type figure is contrasted to the 007 ‘good guy’ type of appeal of the star and spangled ‘Mr Nike’ – Bill Bowerman.

The sad truth is that Igloi has always been exploited. After the Hungarian Revolution of 1956 and his relocation Stateside due to the CIA’s ‘Operation Griffin’, his defection from East to West, attainment of US citizenship in 1963 and the associated successes he had with the likes of Bob Schul, were presented not merely as sporting victories, but as ideological triumphs of the free market approach compared to Eastern Europe style state socialism.

In many ways the above misunderstandings, caricatures, misuses and exploitations go a long way towards explaining why Igloi’s philosophy of training is still so misunderstood more than two decades after his passing in 1998. Our next piece assesses the apparent contradiction that Iglói’s was a system heavily underpinned by continuous interval training and yet he was a coach who like the late great Arthur Lydiard, implicitly understood the inherent dangers of overstressing the lactate energy system.

Matt Long, Geoff James and Zakarias Karasz work together at Birchfield Harriers AC. Matt is a former winner of the British Milers’ Club Horwill Award for outstanding coach education research and Geoff was a 2019 winner of an England Athletics Lifetime Services to Coaching Award. Zakarias was born in Nagykanizsa in the west of Hungary and took the gold medal at the European Masters Games in Nice back in 2015.