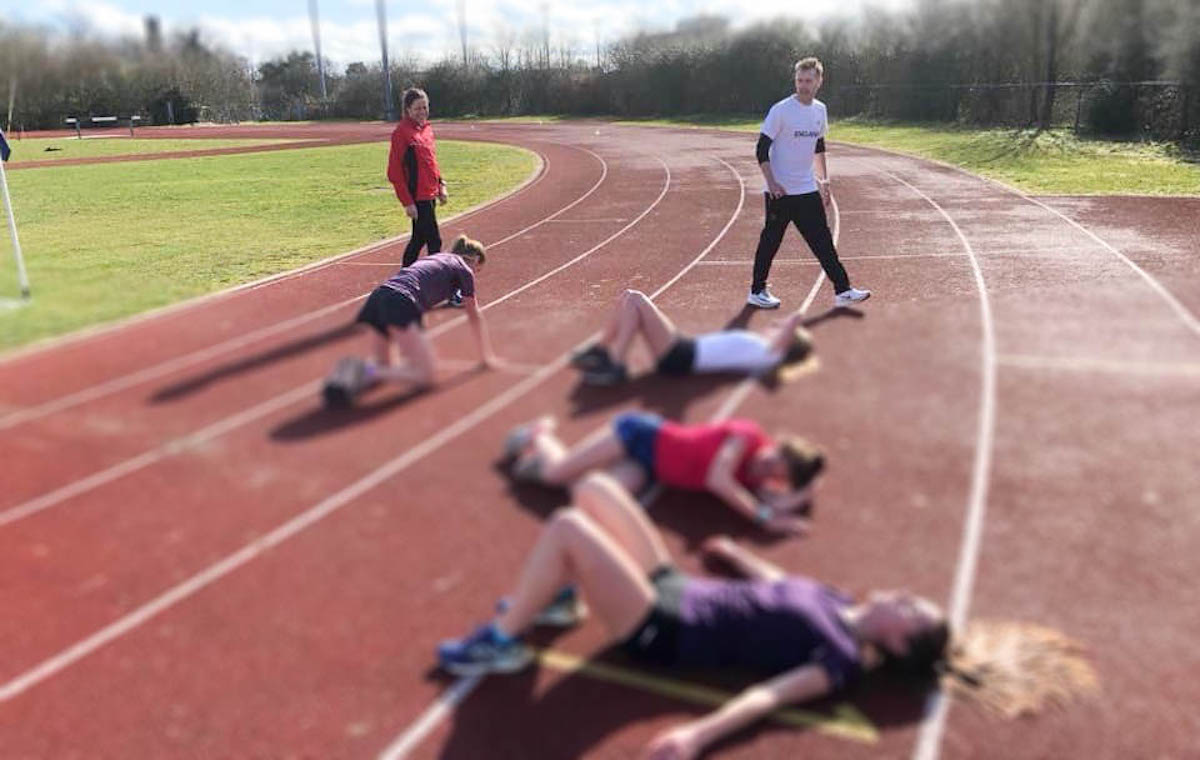 Nothing can quite replace the real thing. Credit: Trevor Painter

The real racing is beginning to return and this is a public service announcement for our virtual stars.

Like the furlough pro Zak Hanna, many have found new strength training through the UK and Irish versions of a lockdown. The virtual race season, at first held at arms length by many including myself, has been embraced. Virtual PBs are a thing. Well, kind of.

Now those who have been training hard and seeing improvements all though 2020 are looking to get themselves some real PBs and we’re worried there could be some carnage.

It’s important to remember that there is a slight possibility your watch has been lying to you. It was probably done with good intentions. The latest smart watch and Bill Gates micro chip in your brain registered some low self-confidence and decided to perk you up with a 5k PB.

So what if mile two was a 3:43 and it looked like you ran over a row of houses. Maybe the training is just really working. Ross Barkley could run a 16 minute 5k if he really tried anyway. The next start line

Now this isn’t just a sarcastic piece about people who posted “virtual PBs” (although it is a little bit). It’s a warning.

When race day comes, be careful. If your new virtual PB is over a minute quicker than your old PB then it’s certainly possible you’ve come along leaps and bounds in the lockdown.

The fact you’ve removed hours from your work week or commute, or just not been overcooking it at the track every Tuesday, could have unlocked big gains. It’s likely we’ve all improved. Just not that much.

So in the first mile of your next real race you have two options. Go for it and solidify that new PB in the real world or hold back a notch, finish like a train and set a solid season opener.

Both are valid options, because in the 5 and 10k worlds you can dust yourself off, recover and come back another week. Just don’t keep trying to run 14:30 pace if your real PB is 15:45. Set yourself a target somewhere in the middle and work from there.

Some will rightly be thinking they’ll be going even faster when it comes to group racing again, because it’s a whole lot easier than a time trial on a park loop. Yes, that could be true too.

Running in a group our perception of effort is altered. It feels easier for the same effort level because others around you are doing the same. You’re where you belong. Although it works both ways and if someone overtakes you who you think should be behind, the perception of effort can increase too.

So use the fact that some might not read this article. Some might even read this and still set off like a dickhead as the gun goes off. You can reel them in during the second half as you lan somewhere between your real and virtual PB over 5k.

It’ll likely still be a big improvement and if you’re feeling strong at the end, go wild next time. We’ve said it before though, it shouldn’t be all about the watch. Remember Big Nige at Armagh 5k? He ran at the level that felt right. The training had been working and it paid off. In that situation if you run off your watch then you’re potentially selling yourself short. Running by feel is a skill though.

It’s a skill that developed mainly through racing, but can be tapped into during training as well. By working through a range of paces, either in progression runs or varied pace intervals, an athlete can grasp a better feel for their own capabilities.

Take something like a session of eight x three minutes off a three min float. You might be running the efforts around 10k pace, but only dropping 10-20 seconds per kilometre for the steady float in-between. With a session like this you need to be in touch with how hard you are working.

Get either a little too fast and the session becomes your worst nightmare. But ease back a tiny bit for either and it’s still a bloody brilliant training effort to bank. Think about what might be the best approach with consistency of training in mind. This could be the right mindset for your first race back too.

But remember, if it’s cross country then don’t worry. When the gun goes, all bets are off. Go turn those virtual PBs into real ones.

If you’re not ready to come back to real racing just yet then the SOAR X TOUR sees racers test themselves over 1km, 1 mile and 5km consecutively over a 10 day period, with both stage and overall rankings and prizes up for grabs.