A race which must be run 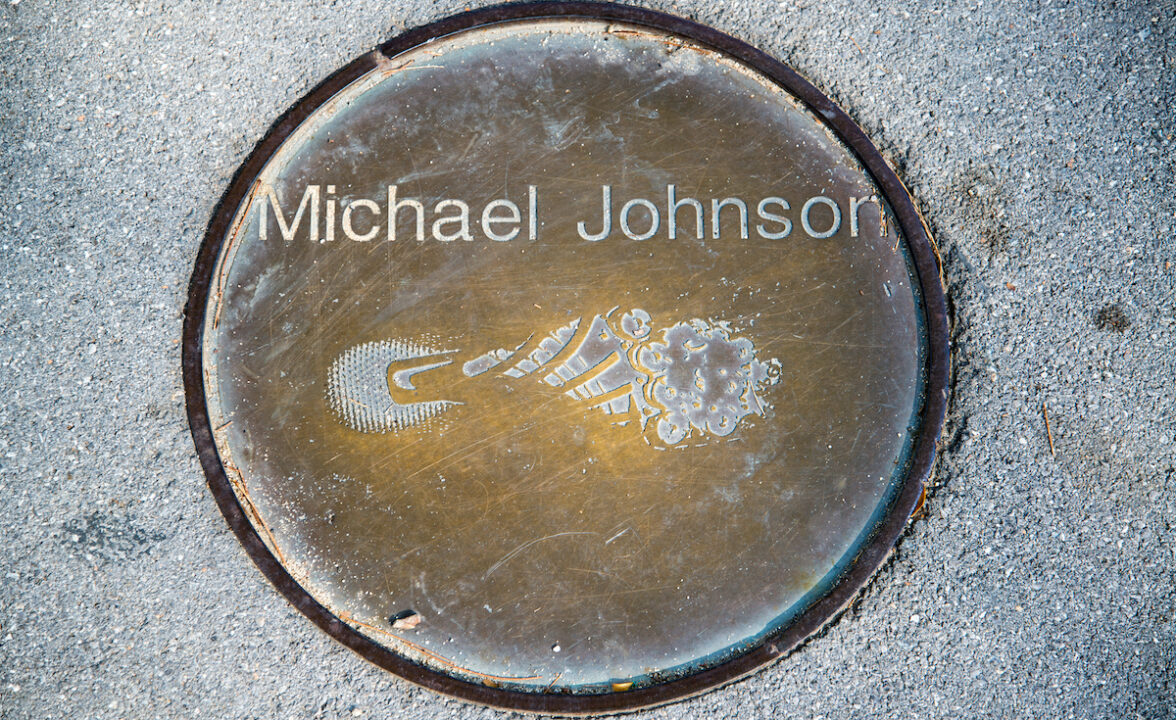 Michael Johnson's footprint in front of the Olympic stadium in Barcelona

Following on from Jack Gray’s hugely thought provoking “The ‘Africans’- covert racism in endurance running’, this follow up piece in the context of the Black Lives Matter Protests, considers the cyclical nature of history and questions the prospects that next year’s Tokyo Olympics could see a rewind to Mexico 1968.

The philosopher and historian Karl Marx once memorably said that, “History repeats itself, first as tragedy, second as farce”. Words spoken two centuries ago had a resonance in a recent BBC 5 Live interview with Michael Johnson.

The four time Olympic champion and BBC pundit turned his considerable intellect to matters of both the tragic and the farcical as he offered his insight into the recent killing of George Floyd in his native America and framed this within the political context of what could euphemistically be described as the ‘controversial’ Donald Trump Presidency.

Born in a time of bitter struggle

Born in the late 1960s in a period of bitter and often violent struggle in a United States which was simultaneously trying to embrace the new civil rights era, whilst at the same time passionately disagreeing with itself over the ethics of the Vietnam War, there are few black track and field athletes alive today who are better placed than the 8 time world champion to understand the manifestations of what he referred to as, “systemic and institutionalised racism”.

Some of you will be old enough to remember those dazzling golden spikes worn by Johnson during his finest hours over 200m and 400m in the deep South of Atlanta in 1996. You may also recall the iconic moment when a trembling Muhammad Ali lit the flame at those Olympics and appeared to appease a worshipping nation which had been so ready to censure and imprison him for obeying his conscience and refusing to fight in Vietnam just three decades earlier.

Ironically, those who cried tears of adoration as the capacity crowd roared “Ali! Ali! Ali!” may have had not too distant relatives who would have been only too ready to dish out their own form of summary justice on the likes of Ali and fellow civil rights activists back in the 1960s. It was an era where the Ku Klux Klan and white supremacist hatred was still alive and very much kicking.

As well as the monumental events which unfolded on a Minneapolis pavement on May 25th in front of the full social media view of the entire globe, an exasperated and at times emotional legend of our sport was keen to link his understanding of institutional racism to what he perceived to be a much wider and dysfunctional political culture which, “stokes racial tensions.” As well as articulating his thoughts on George Floyd, Johnson was keen to speak out about other high profile incidents where racial injustice appears to have been central.

The recent Christian Cooper case in New York’s Central Park where the Black and Minority Ethnic man appears to have been wrongly framed as an aggressive predatory criminal by a white dog walker was alluded to as well as the Ahmaud Arbery case where the 25 year old jogger was allegedly followed by a white father and son in Brunswick in February and deliberately shot dead.

It’s obvious Johnson feels that those protesting are doing much more than simply showing their ‘Love For Floyd’ as some of the press in this country have chosen to frame the issue. One has to consider that just 7 years prior to the publication of Harper Lee’s classic novel To Kill a Mockingbird, which some of you will have read at school, the great man was born in Dallas. In telling the story of a black man wrongly accused of raping a white woman in Alabama, this tale would have had an uncomfortable resonance during his formative high school years as his talent for speed was being realised.

Whilst he would have been too young to remember seeing the men’s 200m medal ceremony at the 1968 Olympic Games in Mexico, he would have been pointed to archival footage of it as he became a college student and started to become much more politically aware. The grainy images he will have viewed will be dated to October 16th, when gold and bronze medal African-American athletes Tommie Smith and John Carlos took to the podium and used a combination of their body language and attire to protest perceived injustices back home.

Whilst the bowed heads and raised gloved fists became synonymous with the so-called ‘Black Power’ movement there were some subtleties which should not be overlooked.Olympic champion Smith wore a black scarf around his neck which was a material representation of black pride. Alternatively, Carlos sported an unzipped tracksuit top as symbolic solidarity with blue collar workers in the US, so that the interweaving of race with social class was situated. His wearing of a beaded necklace was in memory of all those tarred, lynched or hung back in the America so brilliantly encapsulated in the aforementioned novel by Lee.

Smith and Carlos were not only criminalised by the movement whose track they had graced in Mexico by being unceremoniously expelled from those Games but significantly they suffered immeasurable abuse over the next couple of decades, both verbally in terms of death threats, emotionally and financially.

Silver medallist Peter Norman who joined them in their protest would likely be framed as a “white ally” had he lived to see the current manifestation of Black Lives Matter and whilst he would not have had to endure social media abuse as some vocal white supporters of BLM are, he was thought to be ostracised as somewhat of an embarrassment by his own athletics federation back in his native Australia.

If you have an uncomfortable feeling in your stomach in reading this it is probably due to the fact that we were all once socialised into believing that sport was somehow a separate bubble from wider society- a place to go in our lives where structural issues and differences should not matter- the ideology of sport as the great level playing field.

The disturbing fact is that whether we like it or not sport is inherently political. Just ask Lord Coe as President of the IAAF who practically owned the global stage with his arch rival Steve Ovett in the US led boycotted Games in Moscow, exactly 40 summers ago.

Moreover, the late great BBC commentator Ron Pickering once made the astute observation that, “Sport is a microcosm of society“. In light of contemporary protests and counter protests, many like Johnson may feel that issues of race and diversity have regressed back to the 1960s and that history is in danger of repeating itself.

“Silence ensures that history repeats itself”

On the above note we have come full circle to Marx’s observation about the tragic and the farcical. It’s worth looking ahead to the Tokyo Olympics which are now re-scheduled for next summer and reflecting on the fact that according to the Olympic Charter, “No kind of demonstration or political, religious or racial propaganda is permitted in any Olympic sites, venues or other areas”.

Some commentators are speculating as to whether Black Lives Matter will in some way be protested on the biggest global sporting stage of all and if so how it will be received. It’s a sobering thought that Tokyo 2021 could take us full circle back to Mexico 1968. Would that be a bad thing or do we need to go back in order to try and move forward? I pose the rhetorical. The aforementioned Marx also said that the point of history was not just to understand it but to change it.

In a similar and more contemporary vain the pioneering school teacher Erin Grunwell has said, “Silence ensures that history repeats itself”. Whether you are athlete, coach, official or plain track and field fan, the contemporary Black Lives Matter protests will require you to confront the complacency of silence on this issue, for even the fleet of foot amongst us cannot outrun this issue of race.

We cannot all seek to mirror the articulacy of Michael Johnson, whose grip of the verbal is as majestic as his grip of the tartan back in the 1990s. This being said, whether, when and how we speak out are matters which require us to delve as deeply into our consciences as we would dig in any athletic completion of endurance, speed or strength. It’s a human race whose debate must be run. Who appears to be leading it? In the immortal words of the late David Coleman who commentated for the BBC in Atlanta, “It’s Johnson by yards”.

The above views are those of Matt Long alone. Dr Matt Long is an athletics coach with Birchfield Harriers, was the Editor of BMC News between 2014-2018 and is England Athletics lead on Youth Endurance Workshops.