A new PB or shoe PB? 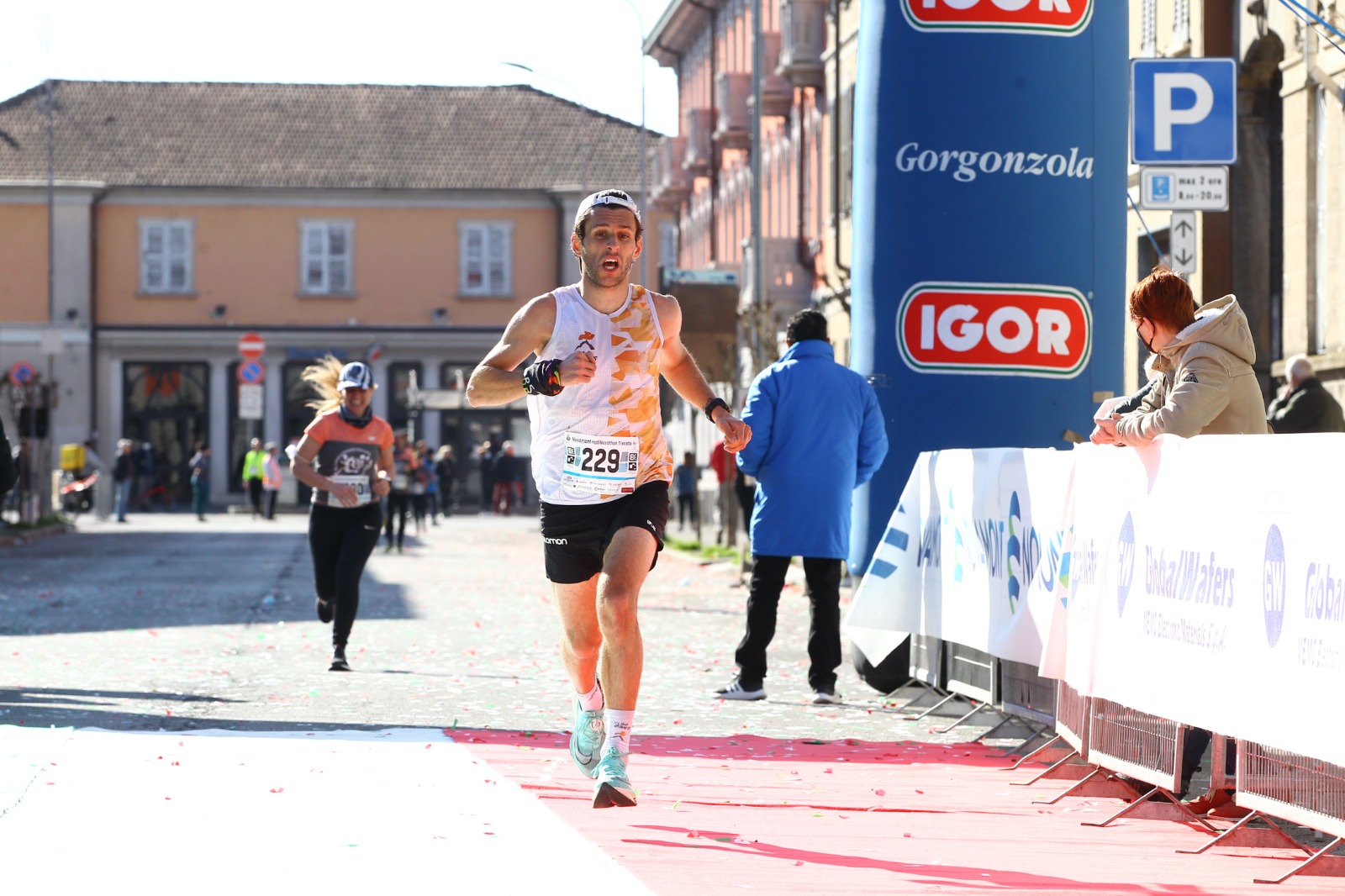 The times are dropping faster than the record books can handle, but is it all about the shoes? Robbie Britton reflects on his faster times in faster shoes.

[This article was written pre-Milan Marathon, but the author changed races due to unforeseen circumstances and raced Perth 50k instead, clocking 2:57:17 for 50k and ~2:26/27 for the marathon split – Ed.]

Training for Milan Marathon at the start of April, confidence of a PB in the Britton household was high. Coach Tom Craggs had even politely described some recent marathon pacing sessions as “bold” (read: potentially stupid).

The question both coach and athlete are wondering now though “is this a shoe PB or a new PB”.

The last time round

Back in 2018, just on the start of the super shoe era, we followed the build-up to a sub 2:30 showing at the Valencia Marathon. The weapons of choice on my feet were Adidas Adizero Prime Knit Adios, or some fancy name like that. Basically a pair of slippers your Nan could have made, with some boost foam and continental grip.

Looking back at pictures they look like racing flats compared to what is on the same feet four years later. It pains me to say it’s a pair of Nike AlphaFly. The shoes so odd looking, with the big old bubble at the front, they I swore I’d never wear them.

Then Aleksandr Sorokin ran 309km in a pair to smash the World 24hr Record and the shoes had been purchased before the Lithuanian had time to pee in a cup afterwards and get his record ratified. A one time peer, now world record beater over 100 miles, 12 and 24 hours, if the shoes were making a difference and I wanted to compete, they had to be tried. Still under the guidance of my coach Tom Craggs, who was such a huge help in running 2:29 in Valencia in 2018, we’ve built up to the marathon again. But this time we’re faster.

Before Valencia it was often the effort in the sessions that felt right, but the pace was still to come. Training above 1000m, often on trails and gravel roads, in Chamonix, we knew actual marathon pace would feel harder than it would on race day.

A couple of tasty PBs, over half marathon and an 8km night race gave me confidence and on race day I almost messed it all up by running 5:20 for the first mile, going through halfway in 1:13 and then just about gritting it out for 2:29:31. It was harder work than it needed to be for sure.

So this time round those pre-race PBs have got even quicker. A 10 second half marathon PB of 70:43 took a big jump to 69:27 a few weeks later and that even included a 10k and 10 mile best en-route.

Session, after session, long runs included have been stellar. Only one has been a bit of a ‘mare, but even that shines brighter than my best long run in 2018. The Elephant in the room

Now is this just because I’m wearing super-shoes? There’s certainly some old school Twitter and Facebook accounts that would cry this to be true.

There is absolutely no doubt they are playing a part. Going from 31 to 35 years of age you’d say father time was against PBs too, but Sara Hall and Kiera D’Amato made a mockery of that idea recently.

The question might be better phrased as “if I run a PB in Milan, is every second down to the shoes?”. Is it a new PB or a shoe PB?

I would say I’m likely a high responder to these particular kicks, mainly because of my shuffling ultra-runner style being one that really can benefit. Add in the fact that each long run, no matter how well it goes, doesn’t quite knacker me out it did last time round and high quality consistency is easier to come by.

What else has changed?

There are other factors involved too. For most of the intervening four years I have actually been struggling with an injury, but a positive of this has been the development of a love for cycling and the subsequent increase in training volume.

Training hours per year has gone up monumentally since 2018. When you’re only training on foot it’s harder to get into the bigger averages year on year.

Not just cycling, but also hours with the physio have helped. Most weeks in the last 12-18 months have seen two sessions with new physio Ilenia in our local town of Pray. Working on balance, proprioception and, a wee bit, on strength, has felt like it’s brought a huge boost. Particularly my calves, which previously would have been a weak point, are stronger than ever.

What else has improved? Well fueling is easier than ever, but maybe that was already quite advanced in 2018. The new Precision Hydration fuel, with 30 & 90g gels and a 30g chews, make taking enough fuel for 2+ hours of running a lot easier too.

(Here’s a link to a case study of the food I actually did use on the day in Perth, averaging 84 grams of carbs per hour)

Having finished the two year post-grad IOC Sports Nutrition post-grad diploma I’d like to think my day to day nutrition has improved too and I’m certainly at least as lean as 2018, maybe a little more so, but also have fueled my training and recovery well throughout this training block.

At the end of the day the question in this day in age might also be “does it matter if it’s the shoes or you?”

To me, it does, but only on an intrinsic level. I don’t care if others are just getting PBs down to the shoes (and as a coach it can make for some easy wins) but ultimately a lot of us take part in this sport to chance self-improvement. It’s what it means to you that matters.

So the hard work is going in, I know it’s happening and if I had to swap back into my Adizeros tomorrow I still think a PB would be on the cards, but maybe with a little less certainty.

Once the race is over there’ll be no such dilemma, hopefully. It’ll always be a “you PB” if your last one was already in the super-shoes anyway. Just don’t tell the runners from the 80s who did it in hob-nailed boots.

If you enjoyed this article then you can support the author, or just yourself to run faster, by reading 1001 Running Tips: the Essential Runners Guide. Order your copy today.

Are you ready?
Always take the weather with you