A running guide to Mexico City 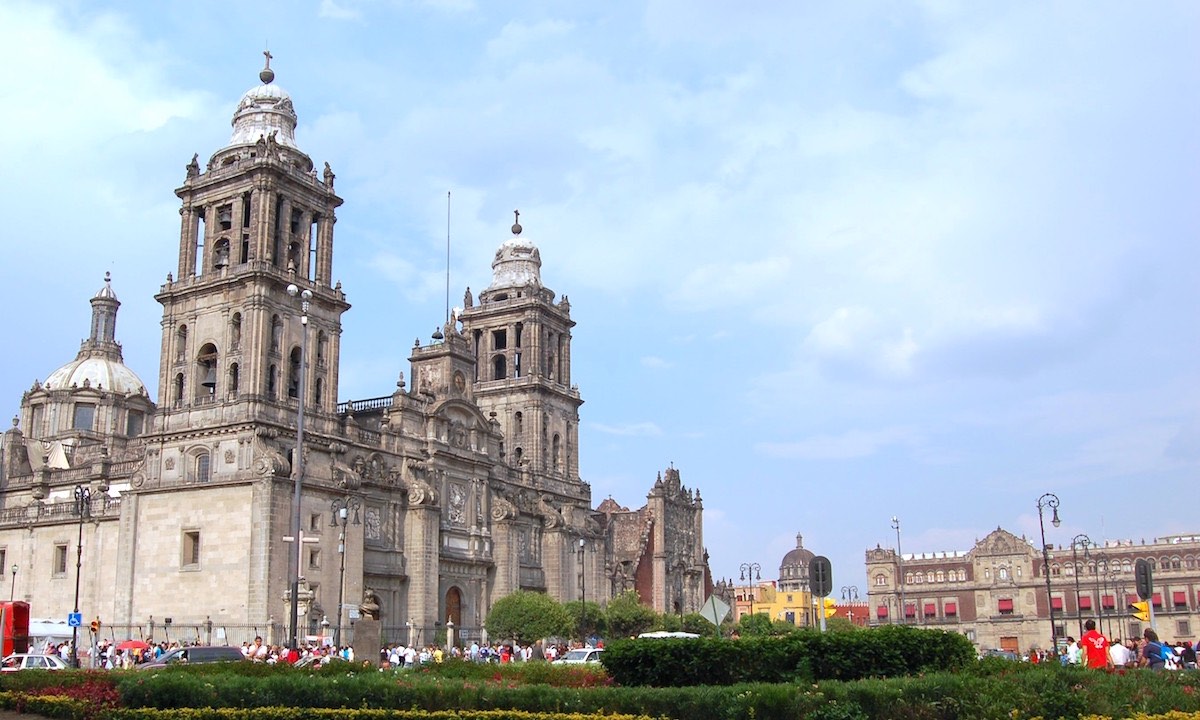 There are some great routes and races for runners, even if a personal best is hard to come by in Mexico’s high altitude capital.

With a population of almost 21 million, Mexico City is one of the largest metropolitan areas in the world. However, this densely populated capital has lots of surprises for those who want to get some running in while exploring Mexican history, food and culture.

Located at 2,240 metres above sea level, running will be challenging, but if you stay long enough you can get some altitude training benefit too.

And the main parks and running trails are located near some of the main attractions and sights, so the rest of the family can be easily entertained while you get the miles in. Here’s a quick rundown of what Mexico City has to offer:

This large urban park on the edge of the business district provides plenty of running options relatively close to the heart of the city. However, there are a few busy roads through the park, and occasional traffic light stops are to be expected as you make your way around the park’s perimeter.

There are a two designated dirt jogging trails within the park: a 1 km loop near the Paseo de la Reforma entrance, and the 2 km El Sope trail just west of Lago Mayor at the western end of the park.

Avenida College Military and Gran Avenida provide a circular asphalt route around the Castle to the south of the park. The hill up to the castle is a good place for doing hill efforts in the mornings before the crowds arrive.

There is a variety of trails of varying lengths around Bosque de Tlalpan, one of the city’s busiest running spots.

Snacks and fresh fruit juices can be purchased from nearby vendors, and running footwear and clothing is often available to purchase near the park entrance.

Other options within the city include Viveros de Coyoacán, a small park in the Coyoacán district south of the city with a traffic-free compacted 2 km dirt trail around its perimeter. There is also 4 km of flat asphalt roads at Xochimilco Ecological Park in the south of the city; and Bosque de Aragón, located just north of the airport and of Deportivo Oceania, which combines well-marked asphalt and dirt routes to make a flat course of approximately 5 km in length.

More serious runners who wish for greater variety and fewer laps should look beyond the city limits and consider exploring the following options in the forested area of the Mexico–Toluca toll road, 30‒40 km from the city centre. This is also where the local elite athletes are likely to be found.

The moderately hilly forest loop, approximately 5 km long, is located at an altitude of approximately 2,900 m on the city side of Acopilco, north of the Mexico–Toluca motorway.

It is located at an altitude of 3,300 m, is relatively flat and like El Ocotal is popular among serious runners.

The forested area before la Pila, and more or less opposite El Ocotal, known as the Desierto de Los Leones, provides additional running routes in the area.

There are road races in the city almost every weekend. The Mexico City International Marathon is held each September and takes in sites in Centro Histórico, Basque de Chapultepec and Polanco.

However, with an altitude well in excess of 2000m, don’t expect to set a personal best! Mexico City is an ideal place to take a non-running partner, and to combine a training and cultural holiday. There are running trails near most of the major tourist and entertainment spots facilitating an enjoyable day out for all the family.

Bosque de Tlalpan is next to the Six-Flags amusement park; Xochimilco Ecological Park is adjacent to the floating gardens of Xochimilco and there are numerous sites and attractions in Bosque de Chapultepec, including a large zoo, the National Anthropological Museum, the Museum of Modern Art, and the National History Museum.

This historic centre (Centro Histórico) features a number of historic sites and free attractions, many of which are located around Zócalo (also known as Plaza de la Constitución), the large square where locals congregate, and events are held. Catedral Metropolitana is the largest cathedral in the Americas.

The Palacio Nacional lines the entire eastern side of the Zócalo. Templo Mayor, the ruins of a double pyramid complex from Aztec times; the Museo Nacional de Arte housing Mexican masterpieces from a period of five centuries; and the magnificent Palacio de Bellas Artes are also worth a visit. The Xochimilco Floating Gardens, with colourfully decorated barges floating along the Aztec canals; and Villa de Guadalupe, which honours Mexico’s patron saint, the Virgin de Guadalupe; are just two of the main attractions in the city’s suburbs.

Teotihuacan, one of the largest archaeological sites in Central America is located just 40 km from the city. Other options offering solace from the busy city include Taxco, famous for its narrow, cobbled streets and colonial architecture; Puebla, a UNESCO World Heritage site renowned throughout Mexico for its cuisine; and Cuernavaca which is known as ‘the City of Eternal Spring’ thanks to its temperate climate.

Unlike St Moritz, Flagstaff or other popular altitude training spots, Mexico City doesn’t offer endless trail options from your doorstep. Nor does it have running paradises such like Dublin’s Phoenix Park or London’s Richmond Park within its city limits.

However, those who want to explore the real Mexico away from the Yucatán Peninsula will find adequate trails and a thriving running community.

Chasing sub 2:30: Getting comfortable with uncomfortable
How accountability can make you a better runner