A look inside the Hour 7 team weekend 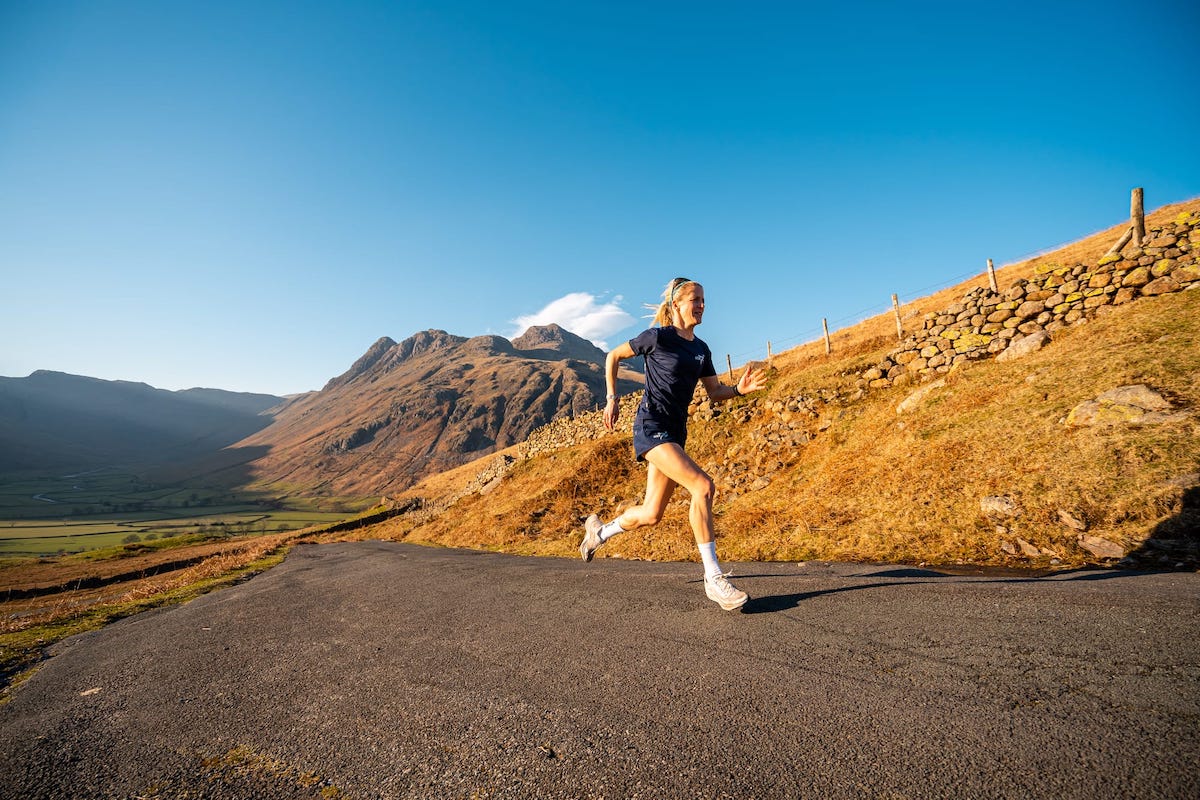 At the inaugural team weekend for new ultra-running venture Hour 7, author Ally Beaven was invited along to see what on earth was going on.

Wandering around Yewfield on Thursday evening, it’s hard not be impressed. I’d met Robbie Britton, team manager, in Windermere and driven over to find Dom Ashdown, team founder, in the bit between Windermere and Coniston which doesn’t have any high fells and which I therefore know nothing about.

The proprietor Derek is showing us round the patchwork of guest house rooms and self catering units that will house athletes, staff and hangers-on (that’s me) for the next few days. It’s comfortable, quiet, everyone has their own space and there’s a massive glass fronted yoga studio for talks, table tennis and general hanging out.

It’s a far cry from the camp sites and scuzzy hotel rooms most runners hole up in when they visit the mountains. Rob Sinclair is coming along this weekend and I’m pretty sure his psych would be entirely undiminished if you told him he was sleeping in a skip.

But that’s the point. There are a number of items on the to-do list for the weekend; bits of training, media, and athlete education, but filling in the gaps around the physiology lectures, photo shoots and 5 x 6 minute hill reps is the real purpose. To create a sense of place and team, and make a good impression on the people who matter the most; the athletes. A step into the unknown

Hour 7 is a step into the unknown for everyone involved. As far as I know the team is the first of its kind in ultrarunning and its aims are ambitious; to provide athletes with a level of support greater than they receive anywhere else, including on national teams, and to contribute to the collective understanding of ultra-endurance performance, within and outwith sport.

Dom and Michael Stocks, a GB 24-hour runner and the other team founder (a kind of player/manager if you like), are very keen for things to get off on the right foot. The success or failure of the project will ultimately be determined by the personal commitment of athletes and management alike, and Dom and Mike are clearly intent on setting the tone.

There are four members of the team in attendance this weekend, all internationals whose bios contain phrases like all-time list and course record. Sinco and Jo Murphy have come down from Scotland, Ollie Garrod and Sam Amend up from somewhere down South. (My geography founders below the A55.) The day starts with breakfast, unless you’re Ollie in which case it starts with a run. Me and Robbie Britton are rooming together in one of the self catering units and our kitchen is the designated breakfast area. I get up early each morning to brew a pot of coffee and burn some toast to mask the smells which inevitably develop in the quarters of two guys whose predilection for running more than once a day far outweighs their predilection for showering or laundry.

Our collective inability to get to grips with an induction hob is the only gripe about our accommodation. The moka pot goes unused.

Mornings are for running; Ollie and Jo clean up at Rothay Park Parkrun, Sam and Mike get a session in on the cinder track in Windermere. My journalistic curiosity doesn’t quite extend to joining them, opting instead for the embarrassment of going with Rob and Robbie for the aforementioned hill reps on Coniston Old Man.

After lunch it’s time for school. On Saturday, Liverpool John Moores University’s Jamie Pugh, who also joined in on the hill reps (the depth of his understanding of endurance performance is matched only by the size of his calves), explains the possibilities that come with access to a temperature, humidity and altitude controlled sports science lab. (Ollie has already visited the lab so the first relevant finding is already in; physiology testing 4 days after a 40 mile track race is very unpleasant.)

On Sunday the educational slot is filled by Paul Tierney, who waves around a skeleton of a foot and shows us videos of Eliud Kipchoge and Boris Johnson, all in the name of explaining the intricacies of human movement, without swearing too much. After this the whole group piles into cars and heads off to the top of Langdale. With the addition of Dave Macfarlane and James Vincent, shooting film and photos respectively, the athletes are now outnumbered 2 to 1. They jog up and down individually, in pairs and all together to the rapid-fire click of a camera lens and the buzz of a drone. Coming up the road en-masse in their matching dark blue Saysky kit, they could easily pass for the Scotland squad. This pleases me.

The rest of us mill around, some loudly critiquing the technique of international athletes or taking the mickey out of those who are pausing their watches between takes, others taking a more benevolent interest in athlete welfare; behind every photo of a well-branded athlete is a team psychological coach clutching a massive tupperware box of banana bread.

Back at Hour 7 HQ there’s another evening run around Tarn Hows (Ollie’s. . .4th? of the day) before dinner. The vegan catering is fantastic, with no shortage of fibre. It does nothing to dimish the ultrarunner’s inherent urge to discuss the workings of their digestive tract.

In the evening, me, Ollie, Rob and Robbie descend to the intellectual level of twelve year olds in a youth club, getting dizzy and hysterical playing one-legged, one-eyed table tennis. It’s a miracle no-one got hurt. William Sichel would not have been impressed. The writer, taking notes for his own running. Photo: James Vincent.

Improving on a world class weekend?

With athlete experience in mind, there’s not a whole lot of room for improvement in the team weekend. Wall to wall sunshine in the Lakes in March predisposes people to have a good time.

Maybe Mike and Dom (and whoever controls the weather) have made a rod for their own backs, and the next get-together will be fractious and irritable, all cooped up inside on a rainy weekend in the Peak District in a fug of damp socks and a high fibre diet.

But probably not. Mike and Dom want the project to grow in the next few years, giving more and more athletes access to the support the team aims to provide. Perhaps the next weekend could have someone explain the intricacies of sports psychology and how to use child-proof stovetops to the team as well?

Echos of the ACP
Lowdown on the NCAA