Chasing sub 2:30: Getting comfortable with uncomfortable 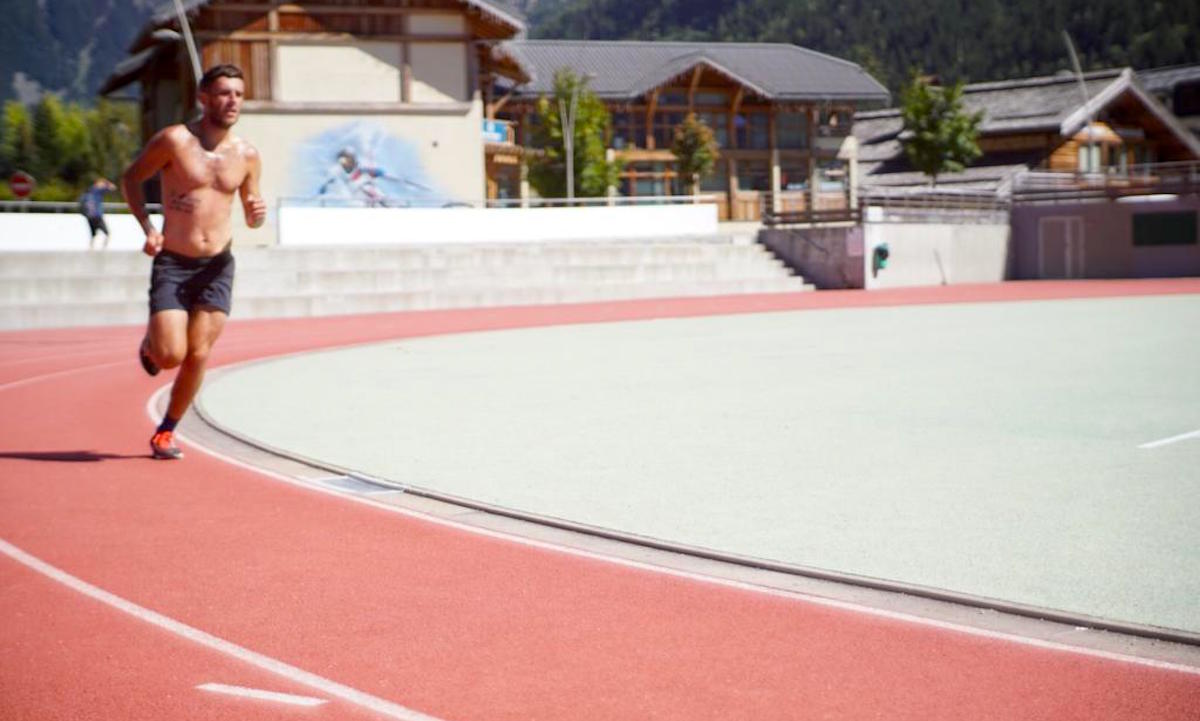 The Valencia marathon is two weeks closer and the legs are two weeks stronger, but how is the sub 2:30 quest going?

Since announcing on Fast Running my goal of running under two hours and thirty minutes for the Valencia marathon in December the advice has been plentiful.

It’s mostly been about not taking my hiking poles to the super flat Spanish marathon, but some has been useful.

The specificity of marathon training has meant many more flat miles. Living in Chamonix, France, is fantastic for mountain running but the vert-less options are limited. The wonderful track is 300m long and the one mile Valencia loop has been christened. They are already close friends.

Working with Tom Craggs we are both learning about marathon training in the hills. From the front door, there isn’t more than a few hundred metres without a hill. The local carpark is great for drills and strides though and finding a hill for short 8-10 second sprints is easy enough. Long runs need imagination.

In previous years the Round Norfolk Relay (RNR) is a club experience at the end of the mountain season for me. Every year my legs doth protest that they are not ready for the roads. The conditioning needed for miles and miles of rolling Norfolk tarmac is hard to come by in the Alps, but this year I hoped it would be different.

Instead of coming straight from the mountains to the road, there have already been several flat sessions in the bank. Strangely seven miles of tempo running at 5:45s hurt my legs a whole lot more than 100km of Polish mountains, but the body always needs to adapt to new challenges.

The key sessions before the 19.7 mile leg of the relay this year certainly made a difference. Instead of third or fourth on my stage, a win was possible. It might only have been flat six-minute miles, but the 1:45am start time might have a slight effect on speed too.

The difference felt like efficiency. In years gone past the gait would become more labourer as the miles ticked past, rather than the lungs or energy levels dipping. The fitness was always there, but the legs just weren’t prepared.

Another element of marathon running is being comfortable in discomfort for over two hours. Marathon pace certainly feels easy enough at the start and doesn’t hit you like a bus if done right, but discomfort certainly builds.

In the mountains, you always know there’s a hill to hike up soon, or a downhill to cruise down. The effort may well be consistent but the stress on the body and mind changes constantly.

In marathon running, you get to that place. Where it hurts, you’re working hard, but it’s just about achievable. You want to slow down but know that you can continue if you choose to. You have to be comfortable being uncomfortable.

This thought kept running through my mind in the second half of my stage. Dodging the surprising amount of roadkill on the beautiful A1066, keeping a consistently high effort starts to get harder past 14 or 15 miles. Maybe even 12 or 13 miles. The mind wants you to forget.

Yet the thought of relishing the opportunity to hurt kept me going. Thinking of form, fuelling and chasing the clubs ahead. Head up, arms driving back, jump over that pheasant.

The plan for RNR was to finish strong, to up it a gear. Finding a that “critical power” level for a marathon is important and the drive to the finish for my club is clear from the Strava HR data below. If Valencia looks a little like this, maybe a bit higher throughout, then I’ll be happy. Getting used to the pace

And then the thought of running 20 seconds a mile quicker, for longer, comes to mind. Marathon pace keeps popping up in training. Sure, I can run at 5:40s, my half marathon time can attest to that. Yet it doesn’t yet feel like marathon pace.

Such is the patience needed. Nine weeks to go still. You wouldn’t even want to be ready yet, but that doesn’t stop a little panic in the mind. Should I be working hard to hit that exact pace or just doing the work at the right effort?

The big question is really how much difference it makes doing your workouts on a 300m track? I like to think it’s worth two to three seconds a lap, with all those small bends. Doing 400m reps you actually have three bends on most of the efforts. Maybe it’s worth five or six seconds a lap… only kidding.

The real tests are still ahead. Taking to the roads for the Lausanne half marathon at the end of October will be a marker for progress and road running on a flat, fast surface that isn’t above 1000m of altitude. Full of excuses aren’t I?

The legs keep responding well though. Aches and pains are a little different to the mountains, but that could be because I’m falling over less. The easy runs still see me getting onto trails and hiking up some hills, but hopefully, the conditioning from the long runs and hard sessions is enough.

Each week you feel the sessions past making you stronger. The joy of hitting a session spot on becomes easier to achieve and that memory of being a road runner starts coming back. I’m starting to feel like a 24hr runner again, that efficient shuffle on flat ground returning.

The next two weeks hold some big days, not least Nats and I’s wedding in a couple weekend’s time. The blocks of marathon pace get bigger and bigger and hopefully start to feel a little easier. Watching Kipchoge’s marathon record he never really looked to be striving, so hopefully, that will come. I can certainly smile as much as the big man, just not run as fast…