A dream medal at the Commonwealth Games 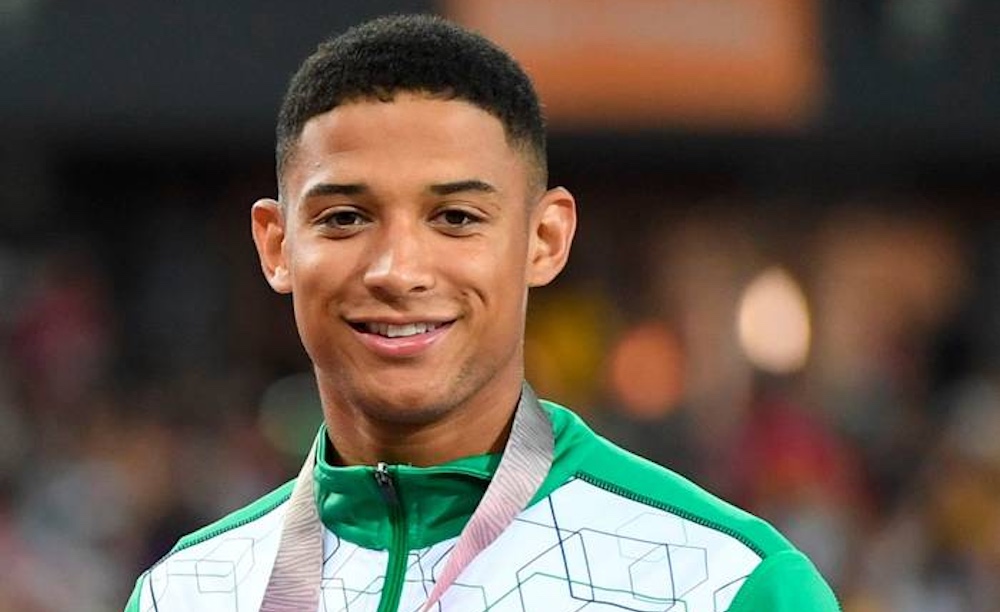 Leon Reid reflects on his roller coaster experience in Australia where he won Northern Ireland’s first track medal for 28 years.

The last few weeks have been a whirlwind, from sulking in my hotel room after running 20.90 in my first race in Australia thinking I hadn’t done enough training, to crossing the line in fourth in the 200m final at the Commonwealth Games, before being moved up to bronze.

It was just unthinkable. I had high hopes for the Games, but as Northern Ireland had not won a medal on the track in 28 years I would be silly to think that there was much pressure thrust upon us to medal.

And in fairness, our small country, with an athletics team of 12, was up against some of the biggest in the world and more than punched above its weight.

Throughout last year’s training and over the winter my coach kept saying to me: “there is a medal there up for grabs, but only if you want it.”

These encouraging words kept me motivated all season and by the time I arrived in Australia I was ready to step on to the track in front of 40,000 people watching my every move.

Training had gone well, recovery had gone well and now race day for final upon us. Heat one in lane five with Olympic bronze medalist Warren Weir in lane seven.

No matter how many times you stand in front of a large crowd the first time is always the most challenging. How you react to it is so important as the smallest of things can leave you distracted. Easier said than done though, I was shaking like a leaf of the start line and the 32 degrees sun beating down didn’t help.

But I composed myself and focused solely on the rabbit in lane seven that I was set on chasing down and catching.

However, that plan quickly went out of the window. I slowly came out of the blocks with an athlete from Nigeria on my inside trying to ruin my dream before it even started. Thankfully though in the last 30m I was able to hold my form and just pull away in time to take second place behind Warren Weir.

My big day. This was it, this was the moment I was going to show up and not get caught in the blocks again. But first… food.

Before the race, I escaped from the athlete village for a while, which was great in order to help me stay relaxed and calm. My mum and I went out for lunch, me still tired from the day before sat in the shade drinking a glass of cold coke and enjoying good food. Bliss, but it was quickly time again to snap back into race mode.

This one day was four years worth of preparation and nothing would get in my way.

The warm-up was okay, not great, but it went well, and then it was time! Final call for the third men’s 200m semi-final rang around the warm-up track and we were led out in lane order all ready to tear each other’s heads off to get one of the places for the final race that was on the following night.

BANG. The gun goes, and just like the day before so does everyone else, I’m sitting in fifth place coming off the bend but it’s not a 120m race it’s a 200m race.

Jareem Richards of Trinidad makes his move on the pack from fourth and quickly is ahead at the front and I follow shortly afterwards.

One step felt like a mile and the last 30m was a real fight for the line but I stayed strong with steady technique. Sometimes it’s about the person who can hold they’re technique longer and better than anyone else. Even if they are racing faster guys they will 9 out of 10 times come out on top.

Next thing I know the race is over and I am now in my first ever major final.

The day of the finals. I lay on my bed chilling, checking my phone as it had been none stop from the day before, still not trying to get caught up in the hype.

I had a small lunch as I hadn’t slept much from the day before and my body was slowly shutting down, I couldn’t nap and I couldn’t sleep so I just lay watching Adam [McMullan] playing Fortnite, while trying to prepare mentally for my big moment.

My coach is texting me, my mum is texting me, “have you eaten?”, “how did you sleep?”, “how do you feel” and as you can guess I wasn’t in the mood for talking so my replies were fairly blunt.

The warm-up was short and steady and my body felt like it had started to slow down. I was feeling tired and heavy but my coach knew this, I knew this, and all I could think about was… what if?

It’s quiet, but funnily you can always spot the insecure athletes that just want to make noise and talk to everyone, they don’t know, but you can smell the fear coming from their attempt at a conversation.

The gun goes, and this time so do I, with the fastest reaction time in the final I moved well with the pack then the pack started moving.

But it was do or die. I asked myself: “12 seconds left of running and you’re just going to let them run all over you?” No way.

I pick up a gear, I start to move my knees as high as they would possibly go and I crossed the line in fourth. At the time it was good, not great, just good. I was happy but then also disappointed as I was so close!

I was greeted by the media, “how was it?”, “you did well!”, then a flurry of people came running over “Leon how do you feel? you got third place, there was a DQ”.

I burst into tears, I was overjoyed, before being quickly ushered to the athlete’s collection point. There was a pause for a moment while we waited for appeals, but then it was finally confirmed.

Northern Ireland’s Leon Reid was a 200m bronze medalist at the Commonwealth Games.

Well nothing new, I am back at work, working my three jobs with minimal sleep.

No fireworks, no parties, no sponsors, no kit. Just a medal and a well done, but for now, I’m happy. I have a roof over my head and I am doing what I love, oh and my mum’s so proud of me and that is the best part about it.

So over the coming month’s I now hope to get in some fast races and then hopefully be in a place to represent Ireland at this summer’s European Championships in Berlin. This is just the start of Irish sprinting success.

Leon Reid features in the ‘Fast 10: class of 2018’ and will share his running journey every month. You can read Leon’s previous posts here and further information about the ‘class of 2018’ can be found here.