Should you always be happy to run a PB? 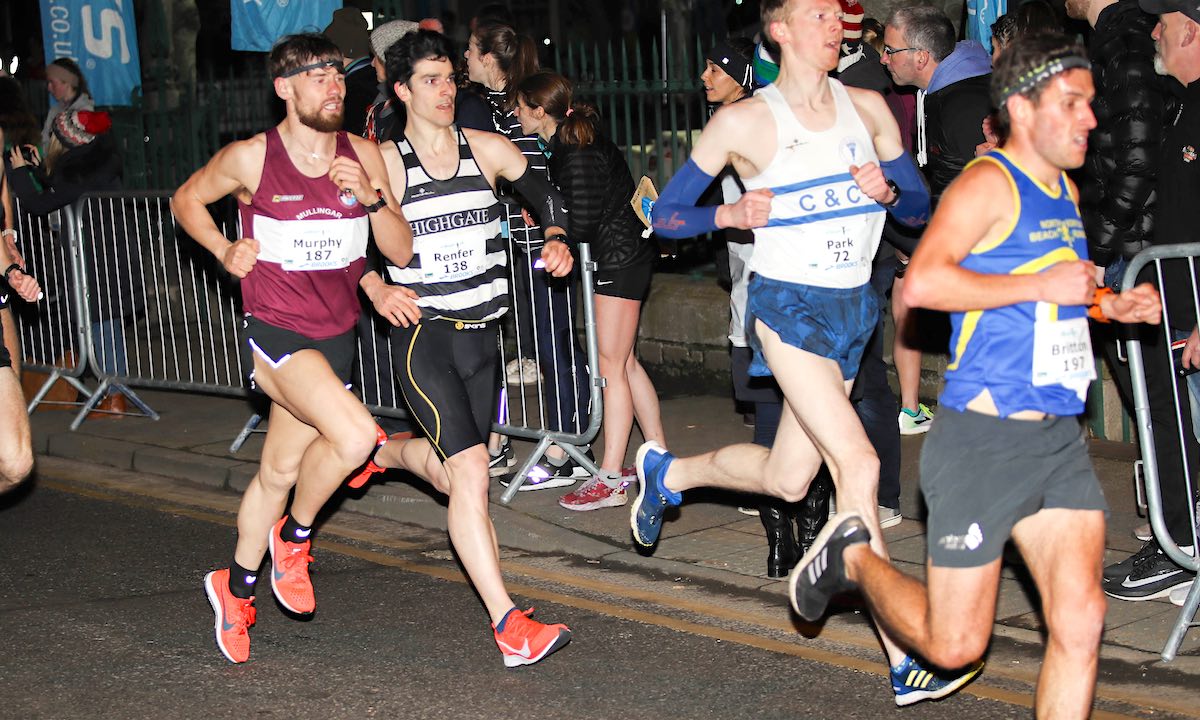 When you don’t achieve your target in a race, but still run faster than you ever have before, how should you feel?

There were over 250 personal best runs across the two main races at the 2019 edition of the Armagh International Road Races. It certainly lived up to the expectations, but not everyone was happy.

Records were broken across the board and an astonishing 113 men broke 15 minutes for 5k and 49 women broke 10 minutes for 3k. Led home by Scotland’s Steph Twell and Finn Topi Raitanen, it was a great sight for British and Irish endurance running.

Unfortunately, I wasn’t one of the runners dipping under 15 minutes, which was the arbitrary barrier I had set myself as a target.

In my mind, it was the ultra running equivalent of a four-minute mile, the bottom end of race distance that I wanted to have a proper crack at after the marathon last year.

When I crossed the finish line I had ran a personal best for not only 5km but also 3km, but I felt disappointed. 15.25, but starting the race from dead last meant the official time was 15:27. Normally I wouldn’t even mention the faster unofficial time but I’m grasping here. Making it sound better to myself.

So do you have to be happy with a personal best?

The short answer is yes. If you have the right mindset, a growth mindset, then any improvement needs to be celebrated. Well, maybe not celebrated, but appreciated for the progress it shows.

In a sport and age that can be all about the numbers, it can be easy to find disappointment in any performance. But the numbers aren’t always what counts.

For a healthy and sustained relationship with the sport, it can be really beneficial to have a growth mindset – as proposed by academic Carol Dweck – and focus on improving, growing as a person and an athlete, not just the outcome.

The phrase “process not outcome” is becoming increasingly common and was the focus on Stephen Scullion’s recent Fast 10: class of 2019 blog. It was one of the reasons that the Irish international feels he has reached new heights in recent years.

Rather than being entirely taken over by a bad performance or training session, Scullion has learnt to embrace the high and lows of the journey. If you’re moving in the right direction, that is what matters.

When you think back on a race, a personal best you’re not happy with or any performance, it’s okay to be disappointed. There may always be areas to improve on, but getting down about it doesn’t help anyone. Constrictive reflection is key.

Personally, I ask myself questions such as “Did you try your hardest?”, “How was your pacing?” “Did you give up at any point?” and “What would you do differently next time”.

If you tried your best on the day and just did’t hit that number you wanted, then maybe you’re just not there yet. I’m not in sub 15 minute 5k shape, so I just need to accept that and move on. At Armagh, I did hit a new max HR (always a joy), didn’t start too fast and struggled a little bit in the fourth kilometre. I’m happy I did my best on the day.

The expectation I placed on myself wasn’t helpful but we all do it. I should have gone to Armagh with the aim of just running as best I could on the day.

It would have made for a happier day and a faster run may have been possible. Watching the clock tick past nine minutes before I had run three kilometres wouldn’t have mattered as much, but that’s easier said than done.

Take what happened on race day and use it to make you stronger. Even just the experience of a hard 5k race for someone inexperienced over the distance will make you stronger. Focus on what worked, but also talk to your coach or peers about what you could do differently. A second or third opinion can work wonders.

Getting disappointed with a PB isn’t worthwhile. It’s unproductive. You might use the disappointment to drive you in training for the next time, but it’s very much a stick rather than a carrot motivation. It’s extrinsic motivation linked to an outside factor, rather than intrinsic motivation, the more valuable and long lasting.

Berating yourself to try harder might work for some, but working hard to feel the enjoyment of a PB will provide more longevity in your work ethic.

It sounds a simple difference but it all stems from how we feel about our last performance. Being disappointed with a PB can lead you into a negative mindset.

Look around for inspiration

The greatest thing I took from Armagh from inspiration from others. The power of the group, helping everyone achieve their best and strive forward together.

Friends ran huge PBs and were clearly really happy with the race. It helped me refocus my mind on the positives and have faith in the journey ahead. Most notably were friends Paul Navesey and Nigel Martin.

Having trained with Paul for years and known Nigel since a trip to Portugal two years ago, they are relatable people to me, unlike superstars in the telly or the people unknown to you at the front.

Yet both have seen the fruits of years of hard work and determination. Paul broke 30 minutes at Chichester 10k recently and then ran 14:07 in Armagh to finish 15th. If you consider that Paul is also a former British 100km champion, that’s some range.

Then you have Nigel, or ‘Big Nige’ as no one calls him. The quote from him after the race that sticks with me was: “I didn’t think I had the natural talent to run that fast.” The Sale Harrier posted 13:53 to finish ninth.

When first told the time after the race I felt almost as happy as I might have done breaking 15 myself. The power of running in a strong race, training consistently and dedicating to one’s sport was shown in both men’s performances.

With everything I have taken from the race, the value of coming to Armagh is there for me to see. Firstly I’m happy with a personal best, it’s moving in the right direction.

Secondly, I believe I can go faster, much faster. Not from some strange belief that I’m naturally talented or I just didn’t try hard enough, but from seeing friends run brilliant times it shows me just how it can be done.

Now I just have to decide if I want to feel the pain of a 5k again. Do I want to chase another personal best and get closer to that 15 minute barrier in the future?

Get ready for fast racing in Armagh
What’s tougher, 5k or an ultra marathon?