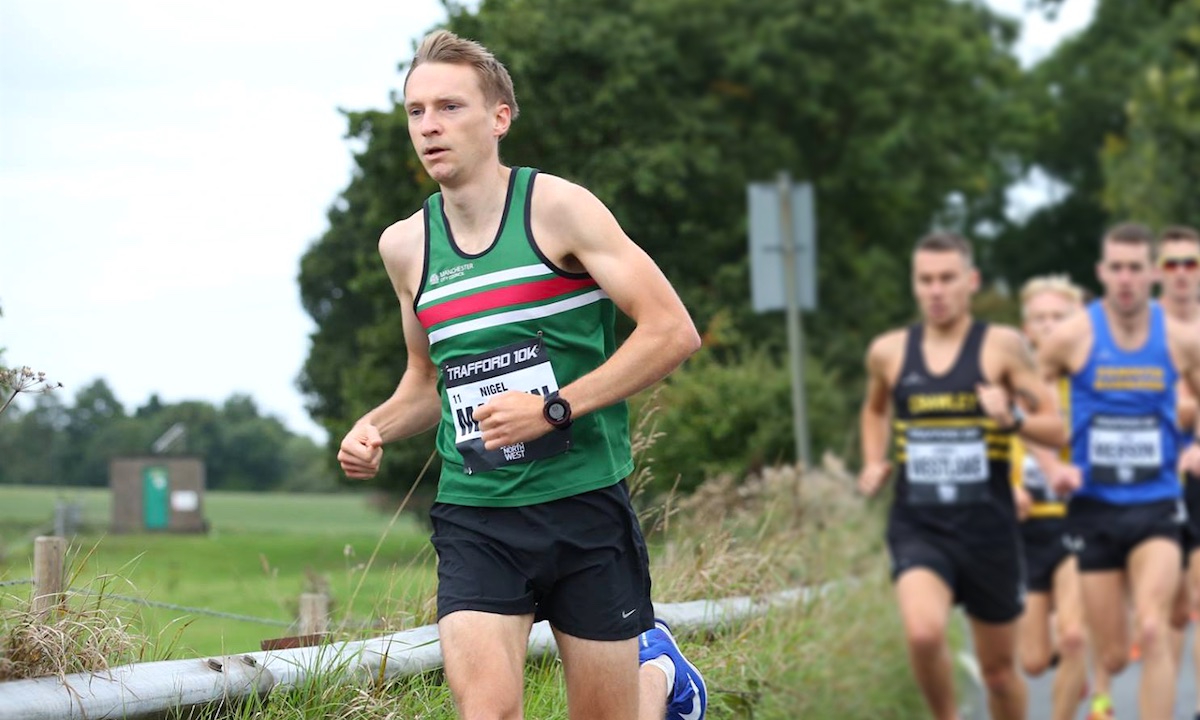 Nigel “Big Nige” Martin is another familiar name to the FastRunning pages, but we’re delighted to have the Sale Harrier as part of the Fast10 for 2021.

The Armagh 5k regular from the North West of England last featured when making a break through back in 2019 when he surprised himself with a 13:54 at the super fast Northern Ireland event.

“I just didn’t think I had the natural talent to run that fast,” was his first reaction, but the hard working athlete has since gone on to prove he certainly does have the right mix of natural talent and dedication to post quick times.

After successfully stepping up to half marathon distance over the last couple of years, Martin is currently preparing for his marathon debut at the Olympic Marathon Trail in Kew Gardens in March. Normal view for Fast Running editor Robbie when training with Nigel, disappearing into the distance.

I’ve never dropped out of a race, though I came extremely close in the incredibly muddy Northern XC at Knowsley Safari Park in 2017, when my shoe came off twice within the first 5 minutes. I lost two full minutes sorting it out, but carried on and despite being sure I wasn’t in the scoring six as Sale had a strong contingent, I was told with 400m to go I was the sixth counter. I gained about five places from there to the finish and we won team gold by just two points!

I’ve been injury free for 5 years, but despite doing 80-90mpw fairly often I’ve always averaged less than 70mpw in a year. I also train much slower than I race. Two weeks before the Great North Run, I ran a 15k tempo over 30s/mile slower than I then raced at and not for lack of trying.

I love it! I love racing and enjoy training and I’ve been lucky to see consistent and sometimes rapid progress.

Top racing in Armagh, Barcelona and Monaco – weekend roundup
The journey to a debut marathon