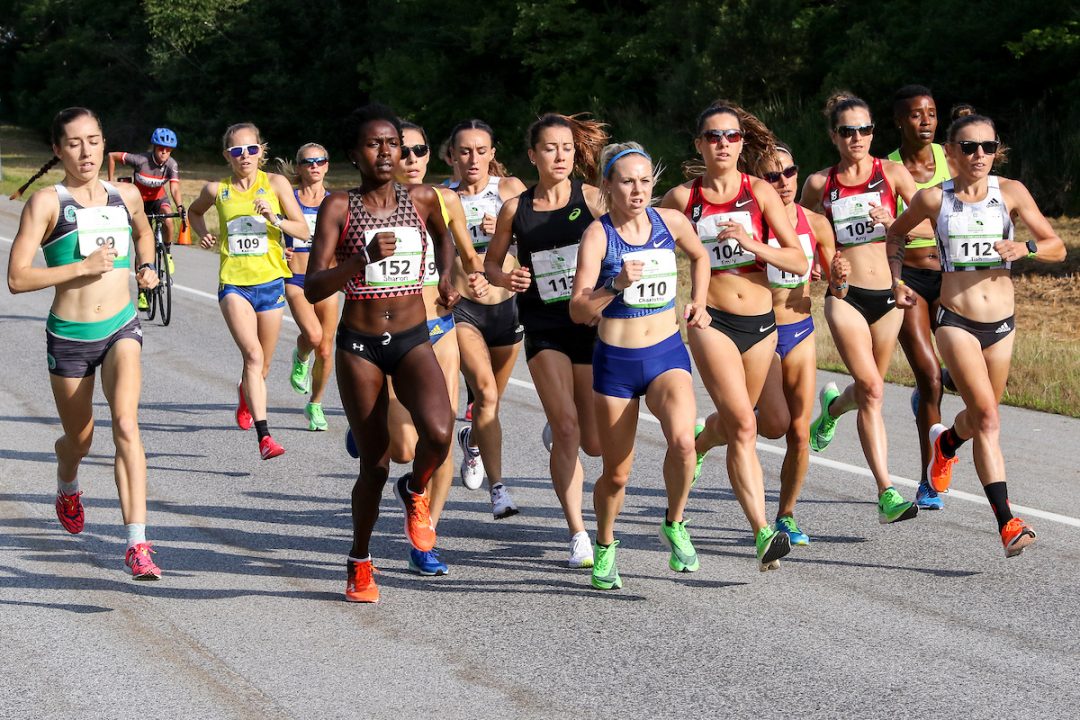 Photo: Kevin Morris (@kevmofoto) of the Beach to Beacon 10k in the US.

We like to think the readers of Fast Running are a sensible bunch, who know what they want to read about. With that in mind we’ve gone back to the most popular articles of 2019 to see what that is and here they are.

Funnily enough we’ve got news items about races from 5k to 100 miles, opinion pieces about which of those races are easier and a focus on the potentially destructive nature of endurance running, especially within female endurance athletes.

As a group we’re clearly passionate about endurance running in general and the health of those taking part. We, the Fast Running audience and the small team putting the website together, want to protect our sport and help it to grow stronger.

So what were the most popular articles from 2019?

What’s tougher, 5k or an ultra?

Seeing as the person writing this also features in the list of popular authors for the site you can see the motivation behind such an article. But the people have spoken and they enjoyed discussing whether running a short distance quickly or a long distance much slower was more difficult.

Following on the back of racing the Armagh 5k, I wrote about the different types of physiological and psychological pain involved in the different disciplines. What is harder? Well read the article to find out. It’s one of our favourite events of the year, the super quick and competitive Armagh 5k and 3k road races. This year was one of the quickest ever and Topi Raitanen led a host of men under 14 minutes. In the women’s race it was a win for popular Socttish athlete Steph Twell, who had only a couple months before ran 2:30 at Valencia marathon so showed a huge range of performance.

This year’s race could be faster still with many again returning to the streets of Northern Ireland to chase PBs and be part of the world’s fastest queue.

Showing the scope of distances that interest out readers was the popularity of Zach Bitter’s 100 mile world record in the summer. The 11:19:18 run inside “The Dome” in the US brought a chunk off of the old record and Bitter was without competition.

If you want to see the American distance runner try to get even quicker, with the competition of World 24hr champ Aleksandr Sorokin, then get down to the Centurion Track 100 this April. Fireworks are promised at the invitational track event that will also see many of Britain’s best ultra distance athletes compete to run fast 100 mile times. Seeking help after ignoring the signs

When Sale Harriers Katherine Wood spoke about her battle with an eating disorder our readers listened. It was one of our most popular articles of the year and we think a large part of that was the honesty with which Katherine spoke and the importance we see in listening to such stories.

An aspect worth highlighting was the waiting lists for people in a similar situation and just how it seems there isn’t the importance necessary placed on athletes with eating disorders within our health system.

“One thing that has really shocked me is the availability (or lack thereof) of services in the NHS. After waiting three months for my NHS Eating Disorders Unit initial assessment, I was told that this appointment was to decide which waiting list to put me on to receive the appropriate treatment.”

If you’d like to read more then sit back and enjoy Katherine’s honesty about her experience. It’s an eye-opening read. When Fast10 athlete Hannah Irwin wrote about her own similar experience, coupled with a start contrast in the pictures in the article, once again people listened. In recent years we have been seeing more and more people speak about the struggles they face and it is important to learn from those who have been there.

Hannah was one of our most popular writers of the year, also taking on the FR weekly round-ups with marathoner Gill Bland and continuing to be part of the Fast 10 each month. We’ve delighted that Hannah is going to continue to be part of the team and this is a great example of someone within our sport with a talent for running and writing beautifully at the same time.

Distance running fans in the cold

We have be fortunate to have a host of top writers feature on Fast Running and Adharanand Finn is one of the best writing about endurance running. On the back of his successful book “Running with the Kenyans”, Finn went on to write about the Japanese running scene and then stepped into ultra running.

This piece about the IAAF revamp affecting distance events shows his understanding of the current athletics climate and really why our readers care about. We want to protect our sport and it seems endurance running faces a battle against shortening attention spans of the general public. Then to finish the year my own writing features again with a topic that is probably the biggest talking point in our sport at the moment. The Nike Vaporfly shoes. As an outspoken critic of Nike’s behaviours with regards to doping, female athletes and beyond, it felt like I had to be honest about capitulating and wearing their performance enhancing shoes.

Personally, as an editor for Fast Running, but also as a fan of the sport and reader on many other endurance websites, I wanted to put something honest out there as it seems a lot of people were underplaying the impact the footwear has (whilst simultaneously winning races and setting PBs in said shoes).

Love them or loathe them, the shoes seem to be here to stay. Maybe the Alpha Fly will be a step too far and the IAAF will step in with a ban, but unlike swimming or cycling where technology that jumped too far were banned, the difference in our sport is the mass participation.

The trickle down to non-elite runners happened before any action was taken, so now to make a ban you would have to take away tens of thousands of PBs (probably more) form not just elites, but everyone else too.

Here’s to another year of writing about Fast Running in UK and Ireland. We’re a small team, with Tom Craggs and I doing all the editing, with a couple of additional writers, such as Lindie Naughton, Blaithin Sheil, Gill Bland and Hannah Irwin helping out, but it really is a labour of love for all of us.

The current online climate leads to click bait articles providing the bigger hits and quantity being more important than quantity. We want to keep producing quality work, rather than chasing hits by producing rubbish “7 of the best” articles to make you click on the website… which I’ve just done.

Soon we announce the Fast10 of 2020 and wow, we’ve got a fantastic bunch. Watch this space.

Robbie is sponsored by Odlo, Profeet Sports Lab and Precision Hydration. If you want to follow his training you can also see it here on Strava or the highs and lows of Twitter and Instagram.

McColgan wins in NYC & XC Champs are crowned – weekend roundup
Fast10: The class of the 2020