The road up the mountain 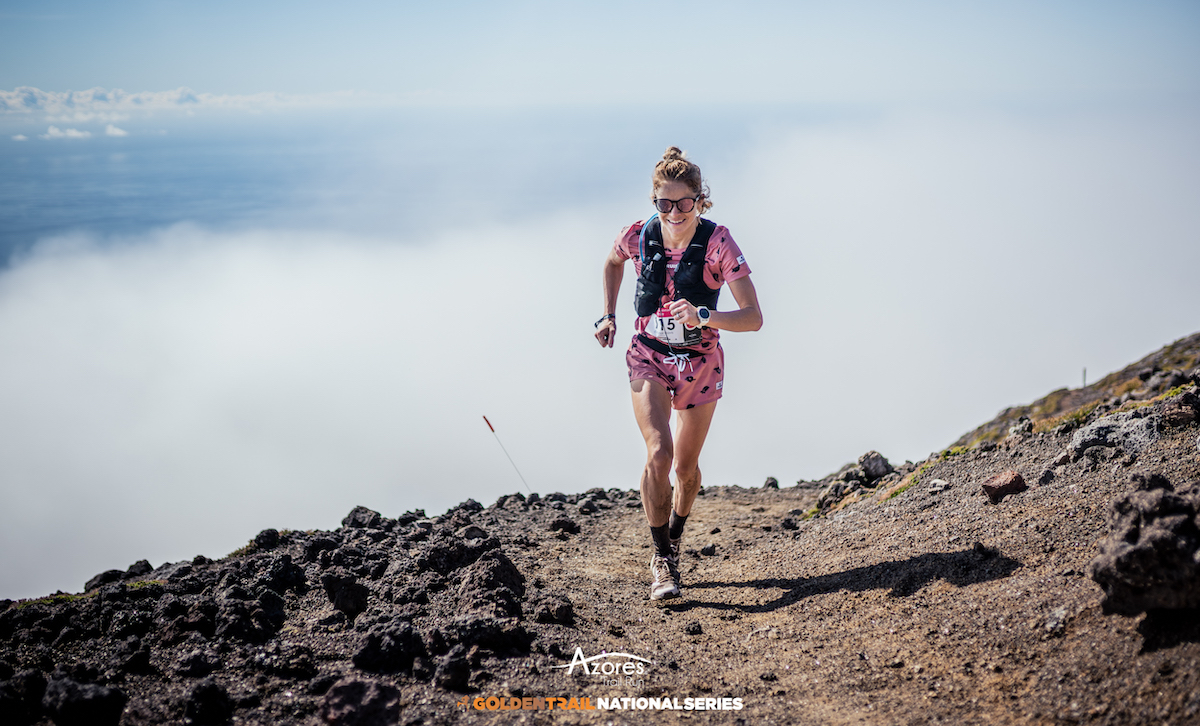 2:33 marathoner Elsey Davis has made a storming start to mountain and trail running in recent times, but it’s not just about changing your shoes.

Although it may appear that I just transitioned seamlessly into mountain running but that’s far from the truth.

In this blog I thought I would share an insight into how my training has changed and been adapted over the last few years in my quest to become as fast as I can on the trails and mountains.

Disclaimer: I still consider myself a rookie so this is by far expert advice but I have learnt a lot so thought I would share a bit of my journey.

The decision to give mountain running a bash came after I’d been on a training camp to Font Romeu in the Pyrenees. My now good friend Aly Dixon was out there training and made a comment on how comfortable I was on difficult terrain and running downhill.

I had never really considered myself in this way but I guess I spent a lot of time training on the Cornish coast path growing up which might have helped. From that trip it sparked an interest and I decided to give the World Mountain Trials a go when I got home. My goodness, was that a humbling experience.

I was returning from injury but was reasonably fit and in about 34 minute 10k shape so thought I’d be in for a shout but I was so naïve to how unconditioned my legs were to mountains running. Not even a mile in and I wanted to curl up and roll back down the hill.

As we continued up the 3.5 mile climb at gradients of 10-20% my calves felt like they were going to explode. I have never suffered so badly in a race before, it felt like I was running through the hot lava of hell. Imagine entering a gnarly cross country after having a month of no training and times that by 1000, that’s how bad I felt.

I staggered extremely slowly to the top and managed to descend fairly fast mainly because I wanted it over and done with. Exhausted in the last mile I fell over my own foot and hit my head. I left that day in total awe of mountain/ fell runners. It’s the sort of thing you have to experience yourself to really appreciate how tough it is.

It didn’t put me off though, I just knew there was a lot of hard work to do if I wanted to get good at it. The Cornish coast paths helped towards confidence on technical terrain but you don’t have the same relentless long climbs you encounter in the mountains. That was my main weakness.

Then the realisation came that I was stronger over a longer distance. Being able to run at a decent pace in the hills without fatiguing too much, provided I was well fuelled, was a strength. So the focus became the World Long distance trials.

The pandemic and lockdown was good in a way for my transition as it meant I could work quietly on my mountain speed so when I returned to my next mountain race I had a lot of specific training under my belt. It’s simple really. To get good at what you want to do, you have to do more of it. So to get good at the long climbs I knew I had to make the effort to travel to places where there were long steep hills. This means frequent drives to the Lake District or there is one particular hill near me that covers 800 feet in a mile that I would use for long hill reps. I think the things that has helped me most are up hill tempo sessions alongside long runs with lots of long climbs. My favourite uphill tempo is running up Skiddaw in the Lakes (5 miles up). It’s good to have a climb you use a lot as it’s a good marker of fitness. I can really feel how I have progressed over time as the first time I did it I could barely move for days but more recently I ran up and down it twice (clocking 20 miles) and was able to train as normal in the following days. I built my total elevation in a week gradually to avoid injury and can now do 8,000- 10,000 ft a week.

When I was competing on roads, I was able to tolerate high loads in the gym but I found with mountain running because it is a form of strength training in itself it was too fatiguing and the legs felt overloaded and heavy. Switching to single leg exercises and adding more plyometric work was much better. For me, single leg weighted calf raises (bent and straight) are a key component, without them and with all the hill running my achilles would definitely have a tantrum. The plyometrics also have a noticeable benefit and I feel helped me feel I am able to propel myself better uphill.

My mileage has dramatically dropped but actual time training is about the same or more. No mile is comparable in the mountains as the terrain can be technical or elevation crazy. The gruelling terrain can also take its toll on the body so cutting my running miles and supplementing on the bike has worked wonders.

I have had some massive bonks in the hills. In the early days I totally underestimated how quickly you plough through energy. I guess compared to running on roads, running is less efficient and energy demand higher. There have been some hairy situations trying to navigate my way off mountains with blood sugars of close to zero.

Always try to carry extra food on longer runs, just for safety reasons. I have also trained my gut to tolerate large volumes of sugar so I can be well fuelled during racing without being sick. For this I use Maurten energy in races, a combination of the 320 drink mix and gels aiming to get 80-90g an hour.

I still do a key speed session each week. There are plenty of fast sections in most races where the race can be lost or won. I tried to be in shape for both road and mountains at the same time in the beginning but learnt it was not possible the hard way through injury. It’s very hard to have your cake and eat it with both so although I can’t be in PB shape for the roads whilst training for mountains I like to stay sharp to know I can still kick if needed.

I am still on a massive learning curve but the most important thing is that I am absolutely loving the change in direction and it’s been a breath of fresh air to change things up.