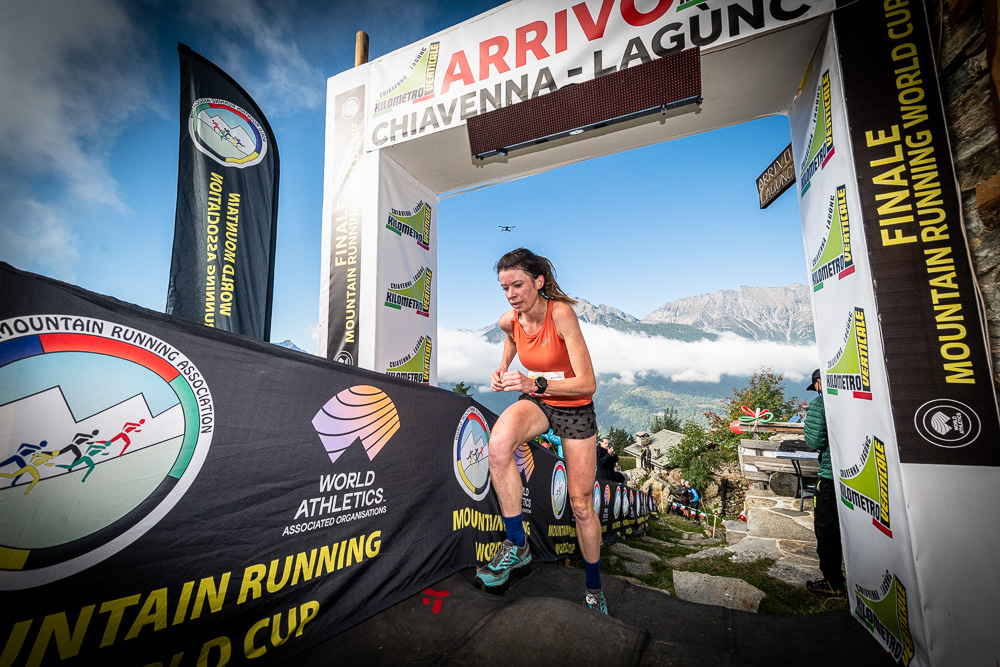 The World Mountain Running Association is delighted to announce the next exciting step in the evolution of the World Cup.

Italian plumbing and heating supplies manufacturer Valsir have signed on as the naming sponsor of the series, a deal which ensures a continuation in the increase of prize money and athlete support on the circuit.

Representing the WMRA at the signing of the contracts were Council member Giorgio Bianchi and Jonathan Wyatt, former President and Sponsorship Assistant.

They joined Mattia Gandini, Valsir’s Director of Marketing, and Simone Niboli, a representative of the company ownership, in their showroom in Vestone to put pen to paper and cement a partnership with a company which brings with it a history of support for sporting events; Valsir already sponsor a number of high profile Italian cycling races, as well as being a long time supporter of Trofeo Nasego.

“There is one important, huge common value that binds Valsir and WMRA,” said Gandini. “Everyday passion!

“As a runner, you train a lot during your day, during your week: you aim to compete in races, and the goal is to reach the summit. It’s very difficult but you never give up because once you reach it, it’s incredible! It’s just a question of mental attitude.” “In our company, we work together as a team: we share our passion in difficulties, and we help and support each other to reach our target.

“And we never stop there: like a runner who seeks to compete in the next race, we go on to the next goal, to reach a new success.”

“During the past 5 years the WMRA has recognised the importance that a prestigious World Cup brings to the Mountain Running movement,” said Jonathan Wyatt. “We have worked to grow the recognition of our series in the off road running space first by working with the world’s top mountain race organisers, then by increasing the support for athletes to participate and providing increased logistics support via a dedicated World Cup manager. The next part of this journey is to bring in a partner who recognises the values of mountain running, who can see the potential of the World Cup and who can become a part of the growth journey that we are on.”

“We are very pleased to welcome Valsir as the naming sponsor for the World Cup this year. They have already a standing support of mountain running in their home in the mountains of northern Italy, where they are a world leader in fittings and equipment for the heating and plumbing industry both commercially and domestically.”

“They are a family business that recognises the values of supporting healthy activities and sport is a strong part of their existing sponsorships. Being based in the mountains, we have a common passion for participating in sport in nature and especially in the mountains; a partnership between WMRA and Valsir has plenty of common ground and interest from both sides. You can find more information about Valsir in five different languages as well as news from: https://www.valsir.it.”

What Does This Mean For The World Cup?

“WMRA is clear that 100% of the finances that Valsir brings with the sponsorship will be used to grow the World Cup. Increased athlete travel support and prize money adds prestige to the series and incentivises the elite off road running community to participate. This motivates supporters of off road running to follow the sport and will be coupled with increased investment in media promotion to provide an important boost and bring the series to a new audience. The competition is exciting and the races are fun and spectacular. Our partnership with Valsir is an exciting new part of the World Cup story.”

Formed in 1984, we are the global governing body for mountain running and we have the goal of promoting mountain running for all ages and abilities. As well as the World Cup we organise Masters Championships and the U18 Cup. This year we will work in partnership with World Athletics, ITRA and IAU to deliver the first World Mountain and Trail Running Championships in Thailand.