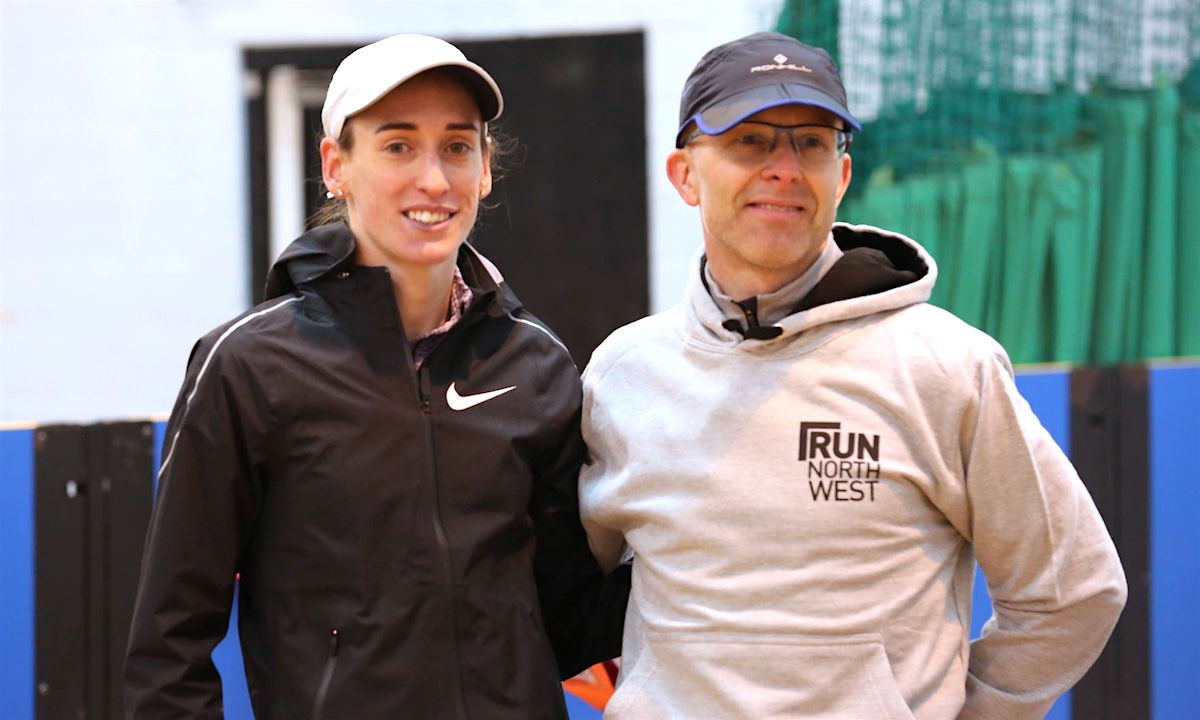 Olympians Weightman and Beth Potter impress at Trafford, while there was top running in  Inverness, Liverpool, Chester, Lydd, the Balloch to Clyde Bank Half and the Inter-Counties.

Dutch athlete Bart van Nunen won the men’s race at the Trafford 10k on Sunday (March 10) from Ireland’s Conor Dooney by five seconds in a classy 29:26.

Irish international and Bedford athlete Matt Bergin was just eight seconds behind in 29:39 to take the third spot.

Weightman’s winning time of 31:59 in the women’s race was a hugely impressive result in horrendous wind and rain on the Trafford course. That time also represented a notable PB for the Steve Cram-coached Morpeth Harrier.

While Weightman is more often seen racing on the track, second placed Beth Potter is just as likely to be seen in a tri-suit as a running vest as she pursues careers in both elite triathlon and athletics.

Impressively Potter equalled her 10,000m track PB with a superb 32:03 clocking to just beat her previous road best of 32:07. Weightman’s 31:59 clocking sees her jump to 12th on the UK all-time rankings, with Potter dropping one place to 13th.

There was another Irish athlete on the podium with Birchfield Harriers’ Sarah Treacy debuting over the distance with a strong 34:16 result. The 2018 Commonwealth Games marathon bronze medallist won in 66:15 and said afterwards: “It was so bad towards the end that I’m convinced a seagull had come to a complete halt in mid-flight. I don’t normally mind the wind and rain too much but it was bitterly cold as well. I was running low on energy over the final 20mins and wanted to take a gel with some water but my hands were so numb I couldn’t do it.”

There was a phenomenal run to win the women’s race from Lytham St Anne’s RR’s Liz Abbott, who took nearly 10 minutes off her PB in her first half marathon in a decade to win in a top class 76:52. Abbott finished 20th overall, which should boost her confidence ahead of next month’s Manchester Marathon.

Garscube Harriers’ Katie White was second in 77:34 to follow up on her win here in 2017, while Hungarian international Fanni Gyurko of Central AC and the victor in 2016, was third in 78:51.

Rotherham’s Dan Kestrel and Sheffield’s Ellen McLeod swiped the top prizes at the Liverpool Half Marathon on Sunday (March 10), while Southport’s Mark Dunham and Penny Lane Striders’ Liz Turner were first across the line in the city’s 10M event.

Kestrel was dominant in victory in the half when he ran 71:01 to win from Liverpool Harriers’ Alistair Rutherford’s 72:56. There was another big gap back to the third placed Andrew Barron from Manx Harriers, who posted a 75:37 result.

McLeod’s winning time was 88:00 exactly, a fine time in the strong winds, with second placed Eleanor Jones running 89:47 and Sally Waterworth’s 89:59 ensuring she also made the podium.

Dunham was also a convincing victor in the Liverpool 10M, crossing the line in 56:08 to runner up Matthew Taylor’s 56:57 for South Cheshire Harriers. Tom Garbett took third in 57:11.

Turner enjoyed a tighter battle for the win with Northern Masters’ Alison Reid, their times 70:12 and 70:36 respectively. Claire Haslam was also under 71 minutes with a 70:55 clocking.

It was an all veteran women’s podium at Chester, with Pontefract’s Faye Lightowler taking the top spoils in a strong 36:49. Ellesmere Port’s Carol Parsons was the second prize winning master in 37:35 while Liverpool Pembroke & Sefton’s Helen Sahgal took third in 38:35.

The Brett Lydd 20M and Half Marathon saw some gutsy performances in the gales and rain on Sunday (March 10).

The current results have an unattached ‘Amy Redden’ finishing third overall in a phenomenal 1:58:33, but considering she doesn’t have a Power of 10 profile and can’t be found on RunBritain’s site either, it’s likely that result is incorrect.

The third man across the line was Dulwich Runners’ Jonathan Senker in 1:59:01.

Ashford’s Nick Collins was well clear when he took the men’s race in 79:38, with Folkestone RC filling the next three positions. The club’s Daniel Voller and Ian McGilloway were second and third in 80:54 and 80:57.

We will update this report with the results once they become available.

East Kilbride’s Grant Baillie and Edinburgh’s Jacqueline Rainger won the Balloch to Clydebank Half Marathon, with both athletes inhabiting the V40 ranks (March 10).

Rainger was a worthy winner of the women’s half in a time of 86:21. Bellahouston RR’s V40 Louise Ross was second across the line in 87:26, while Laura Donohoe also made the podium in 89:29.

Mo Farah and Charlotte Purdue took the victories at The Vitality Big Half on a bright but windswept morning in London on Sunday. Farah and Purdue retained their titles and won back to back British half marathon gold.

A full report and the top 20 results can be found here.

Jenny Nesbitt and Adam Hickey won the senior battles and secured their spots on the GB team for the World Cross at the Inter-Counties Cross Country Championships at Loughborough’s Prestwold Hall on Saturday.

Andrew Fyfe ran 15:14 at the Dulwich parkrun to record the fastest men’s time across the UK on Saturday, while Chloe Richardson took the women’s top spot after running 16:57 at the Cannon Hill parkrun in Birmingham.

Finally, it’s not always all about speed when taking on a running challenge. Fast Running’s Robbie Britton and Dan Lawson – both GB ultra runners – embarked on their bid to break the world record for covering the 650km Jordan Trail on Thursday.

The pair are aiming to run the whole trail in under 10 days, which involves traversing mountains and deserts as well as circumnavigating large herds of sheep and wild, hungry dogs.

Britton explained how tough the going has been so far when he said ‘today we managed to cover one half marathon distance in 6.5 hours!’

So remember, it’s not always the time it takes to complete a challenge, it’s enjoying the journey along the way.

Another day of awe on the @jordan.trail, tough going at times from a running point of view with very tricky trail, hence only 70 + k in 13 hours. But from an adventure and experience of view it was bonanza !!! Finished in the dark and now setting up our wild camp looking across the dead sea to Israel XX #werunwithrerun #thankyouuniverse #precisionhydration #jordantrail #ultrarunning #fkt #fuelledbyfirepot