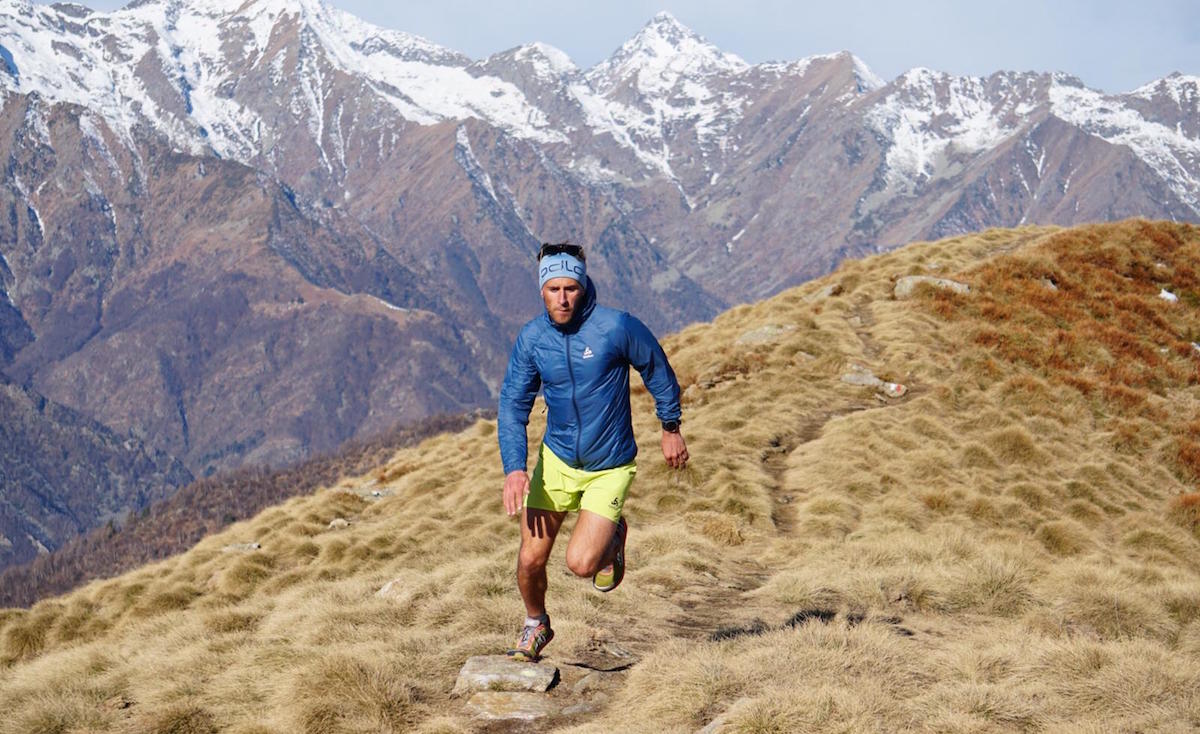 The Jordan Trail, only inaugurated in 2015, has only seem a small handful of people trek the entire trail in one push, and British runner Alfie Pearce-Higgins and Jordanian marathoner Mohammed Al Sweity were the first to run the length in around 15 days. Pearce Higgins told Fast Running though that “the main joy was not racing. It was all done at our own pace and was a fantastic way to enjoy a country like Jordan.”

The British duo are aiming to run the whole 650km length, which is about 400 miles, in under 10 days. It sounds like the distances won’t be too bad, but the trail goes over mountains, deserts and all of Jordan’s beautiful terrain in between. Hikers usually take 40 days to complete the full distance with the Jordan Trail website, an excellent resource, splitting the trail into eight sections with four or five days walking in each.

Lawson featured on FastRunning last summer when attempting the contentious JOGLE record for running the length of Britain. He fell short of the contested mark in 2018, but is targeting a six day race in May of this year to build on his already huge wealth of experience before representing Great Britain at the World 24hr Championships in Albi, France in October.

The pair know that many these days are more captivated by FKTs (Fastest Known Times) and Britton acknowledges that this is something they have considered. “It’s always going to get people more excited if you’re talking about records and FKTs, but the main focus is to go out and enjoy ourselves. Both Dan and I love running, seeing new places and a bit of adventure so we won’t be going super wild every day”.

They won’t be taking it easy either, with a nine day schedule set out and the first day being 50 miles (80km) from Um Quais to Aljoun in the greener mountains of northern Jordan. “The top end of the trail, nearer to the capital Amman, is greener and a bit cooler, so should help me keep up with Dan, who just loves hot weather”.

The route takes hikers past some of the most astonishing sites in the Middle East with highlights including the ancient city of Petra and Wadi Rum. “I’m really excited about the sights we’ll see out there and people keep telling us how beautiful Jordan is” said ultra runner Britton. “I think people misuse certain words in the English language, with ‘amazing’ being one of the most frequent, but I honestly think it’ll get justified use for places like Petra. I can’t wait”.

RELATED: What is tougher, 5k or an ultra? Both runners have been at the ultra game for a fair few years now and putting the kit together for an adventure like this has become a lot more succinct. They will be supported by filmmaker Dave MacFarlane and photographer James Vincent who will meet them at the end of each day and also be documenting the journey.

“Knowing that we are basically looking after ourselves for at most a day at a time makes the kit choice a bit easier” was Britton’s calm comments. “You know what you need to run for a day, it’s just making sure there are enough clean pants and socks to keep you going for nine or so more. My gear is all Odlo, one of my sponsors and Dan is running entirely in “pre-loved” clothing as part of his ReRun Clothing initiative.”

ReRun clothing is something that Lawson and his wife Charlotte Jalley have set up in the UK to help runners think about the environmental impact they are having with their clothing and kit choices. The industry is built on us always needing new kit and getting rid of perfectly usable clothing we already own.

“I fully support Dan in his mission and it’s really made me think about the way I use and look after my own clothing” says the athlete with a clothing sponsor. “The good thing about Odlo is that it’s good quality clothing and we’ve spoken about not needing huge drops of new kit all the time, but also how I can keep doing my role as their ambassador. For me it’s more about making sure I extend the lifetime of some of my kit by helping mates out, not taking race t-shirts I don’t need and just being a bit more conscious in general. I’ve still got work to do!”

“In the evenings we’ll either be staying Bear Grylls style in local hotels or wild camping en route, as most hikers do on the trail. I’ve got a super light Nordisk Lofoten ULW tent that Dan and I will squeeze into each night as it weighs under 500g and packs down into a very small bag. Coupled with some Yeti Fever down sleeping bags and a couple of Alpkit inflatable mats it makes for a really good fast packing setup that we can be self-sufficient with if we need to be. I’ll get the lot into a Ultimate Direction Fastback bag, but probably most days I’ll just use their Adventure vest.”

The runners are looking forward to eating as much local food, within reason, for the trip ahead and nutrition will be an important part of the adventure. Britton tells us that “I’ve got some energy drink mixes and gels that I’m taking along, but if I can get decent real food en route or stock up on some local sweets then that’s the better option. Dan will probably be chomping on nuts and dried fruit the whole way.”

“We’re happy that Precision Hydration have supported us both alongside my usual partnership and I’ll be using their PH 1500 electrolyte mix as I’m a bit of a salty chap when it comes to running in hot places. It’s about keeping a good balance for a multi-day top like this and that goes for hydration, nutrition and electrolytes.”

Dinner will again be a mix of local food and dehydrated meals when the team is a little more remote. “Water will be one of the hardest resources to manage on the trip so we’ll have to make sure we don’t run out on some of the longer sections. The guide says we need a shovel to dig for water at some of the springs, but not sure I’ll be taking one, even my lightweight ski-touring shovel.”

The runners will be updating to Strava each day (or it didn’t happen) and can be followed on social media through Britton’s @ultrabritton handle on Twitter and Instagram or Lawson’s @therunningdan. If we’re fortunate they will have enough energy on a couple of days to report back to Fast Running to keep us updated on how it’s going and just how pretty all the archaeology is.

Robbie is sponsored by Odlo, Profeet Sports Lab and Precision Hydration. If you want to follow his training to discover what is harder, 5k or an ultra, you can also see it here on Strava or the highs and lows of Twitter and Instagram.

RELATED: The highs and lows of a sub 2:30 marathon