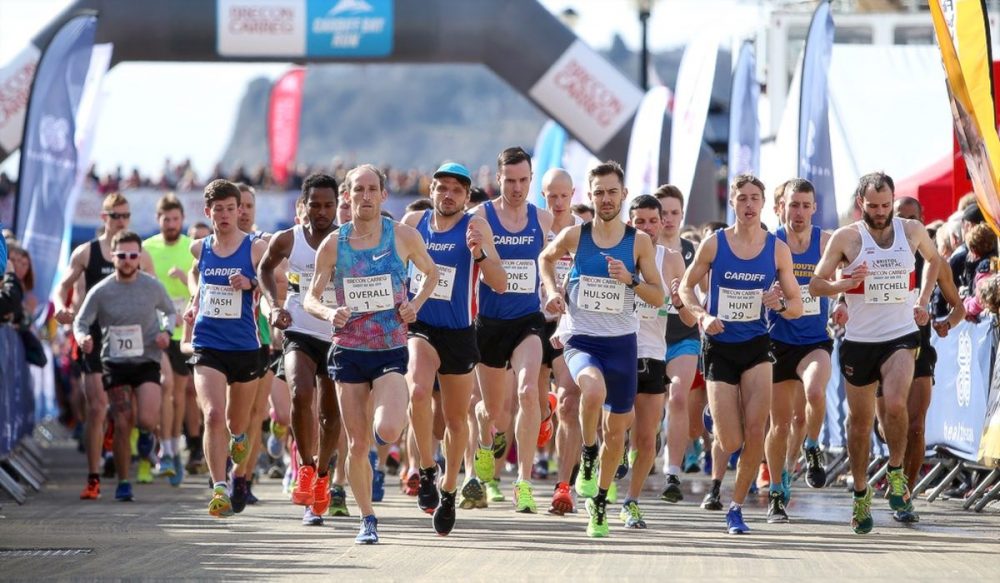 Welsh international Hulson continued his form with a convincing win in the men’s race to take the tape in 29:32 – 26 seconds quicker than he ran to win the Chester 10K earlier in the month.

Although not as quick as his 29:12 he ran to win the Telford 10K in January, the Liverpool Harrier made the most of the sunshine in the Welsh capital to add another fine road performance to his 2018 season, that also includes a runner-up spot at the Armagh 5k.

Scott Overall set the early pace to ensure there was a battle for the podium places, but Hulson was able to break clear at 8K to hold off Cardiff AAC’s Matt Clowes to win by five seconds. Overall was third in 29:48.

“There were a few twist and turns, but it was a really nice course. I didn’t feel amazing, but I enjoyed it,” said Hulson afterwards. “I’m in a big block of training and I won’t be tapering until the summer. Scott gave it a really good go for 7K and that made it a good race.” 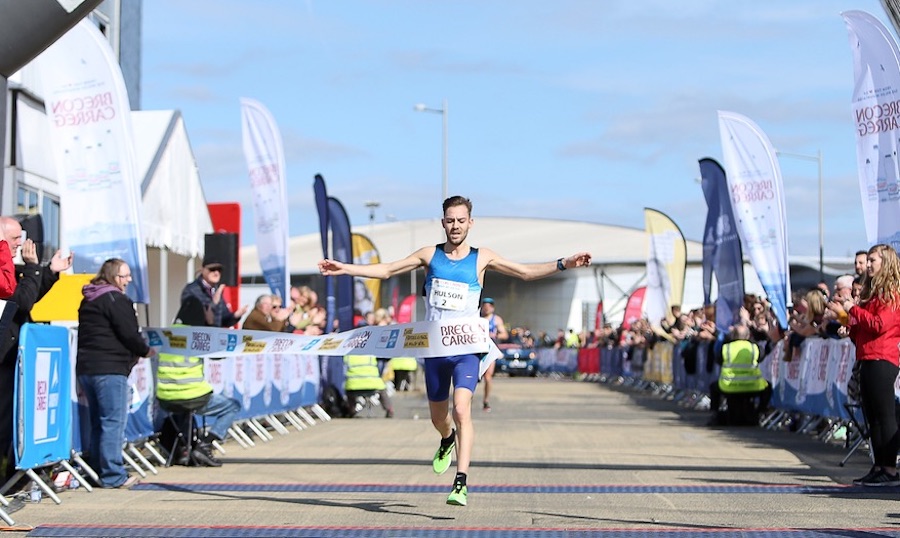 As a Welshman Hulson won the English National as a guest, running for his English club in the team race back in 2015, and is now looking forward to carrying his good form on the roads onto the track. The 25-year-old is also eyeing up a trip to the Cardiff University Cardiff Half Marathon in October.

“I’m just taking it step by step at the moment. I am going to do 10 and 5Ks this year and then go up to the half marathon next year, although the Cardiff Half is definitely on the agenda for this year,” added Hulson.

“I’ve never done a 10K on the track, but I hope to get as close to 28 mins as I can at the AAA Championships at the end of May. It has been so good for me to see Dewi Griffiths doing so well because I’ve always been racing with him and his success makes me believe in myself much more.”

It was the runners-up spot for the second year in a row for Clowes, who is building towards his marathon debut in London next month. Overall is hoping to get the chance to chase a marathon PB in Berlin later in the year.

Bristol & West’s Davis won the women’s race was won in a course record time of 33:42 and takes a big 14 seconds off her personal best over the distance.

Davies, like Hulson, was the winner in Chester earlier this month, and after a good cross country performance at the Inter-Counties to finish 13th two weeks ago, should be confident for the year ahead.

“Hopefully, this is the start of big things for me. I will be running 10Ks throughout the summer and I just want to get faster,” said Davis. “It felt great out there. It was the perfect day, perfect weather and I got a PB, so it couldn’t have been any better.

“The course was fast, flat, really well marshalled and it was beautiful running around Cardiff Bay. I paced it sensibly – I wasn’t leading from the beginning, I just picked people off and everything felt right.”

Finishing 54 seconds behind Davis was Belgrave Harrier Sophie Harris in a time of 34:36, with Shaftesbury Barnet’s Rachel Felton four seconds behind to secure third in. 34:40.