Bekele to face Kipchoge and Farah at London Marathon 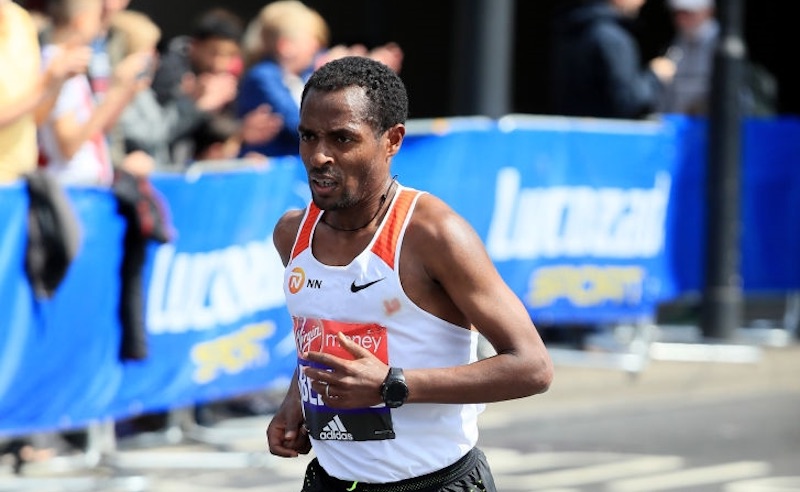 Kenenisa Bekele will go head to head with Mo Farah and Eliud Kipchoge when he makes a return to the Virgin Money London Marathon on April 22.

The Ethiopian legend’s addition to the elite men’s field will see three of greatest distance runners of their generation on the start line in one of the best all-time line-ups in the capital.

“I am thrilled to be returning to London for the third year in a row and would love to go one better than last year and win the race,”
said Bekele second in 2017 behind Daniel Wanjiru and third in 2016. “Once again London has brought the best distance runners in the world together so I know it will not be easy.

“It will be an honour to race alongside Sir Mo Farah and Eliud Kipchoge as well as the other great athletes in the field. I have been training very hard with the aim of arriving in London in April in the best possible condition.”

Between them the trio of 5,000m and 10,000m world record holder Bekele, Farah and Kipchoge have a combined total of eight Olympic gold medals and 12 World Championship gold medals.

Two-time London Marathon champion, Kipchoge who was added to the field in November, is the reigning Olympic champion and regarded as greatest marathoner of his generation. However, the Kenyan star will have no easy task come April.

Farah is Britain’s most decorated track athlete with four Olympic and six World Championship gold medals over 5,000m and 10,000m and is following the familiar path from the track to the marathon of his two London Marathon rivals.

Before Farah makes his return to the marathon the 34-year-old will face Callum Hawkins and Daniel Wanjiru, the London Marathon reigning champion, at The Big Half in London on Sunday, March 4.

Over the coming day’s as part of the Virgin Money London Marathon Elite Week,  further announcements will be made for the elite men’s, women’s and wheelchair fields.