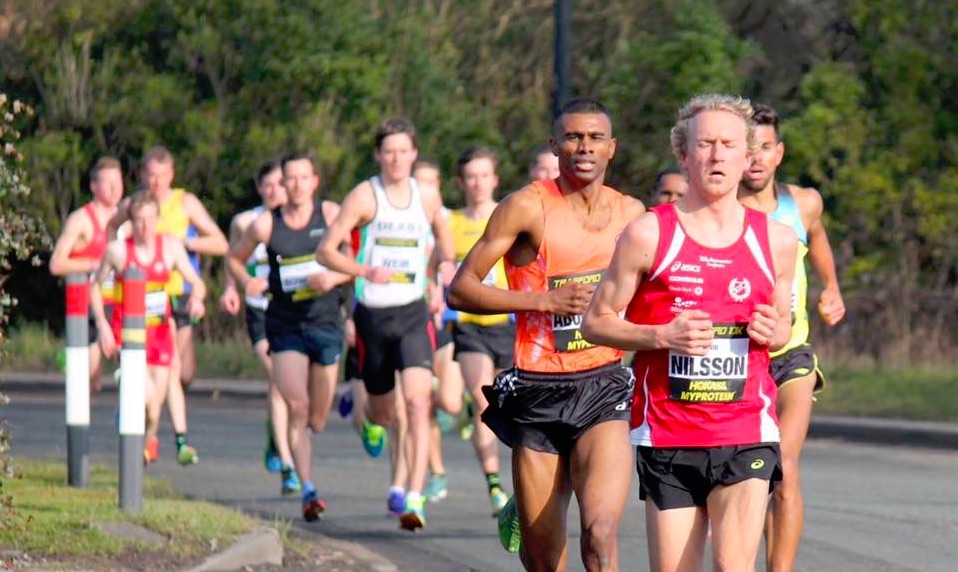 Graham Rush and Gemma Steel are among the leading entries announced by organisers for the Trafford 10k.

Graham Rush, who has a 10k personal best of 29:04 from a third-place finish at the Leeds Abbey Dash in 2016, is the quickest runner currently named for the flat and fast race.

Chris Thompson won in 2016, with Elinor Kirk clinching the women’s title. In total five finished under 30-minutes, with 37 dipping under 31 minutes in the super quick Manchester race.

Taking place on Sunday 4th March this year, Mohammed Abu-Rezeq who had a fantastic 2017 with numerous wins on the road, is one of the fastest male entries. The Altrincham runner finished third in 2016 and will aim to get higher up on the podium this time around.

Also among the leading men’s entries are Shaftesbury Barnet Harriers’ Jake Shelley, with a 29:23 PB and Manx Harriers’ Ollie Lockley, a 29:24 10,000m man on the track.

Irish international Matt Bergin is also a confirmed entry along with Lewis Timmins, Matt Barnes, Patrick Martin, Andy Norman. The up and coming up Patrick Dever, who finished sixth last year and made his British senior debut at the Edinburgh XCountry is also one to watch.

Gemma Steel, who started 2018 with a second place finish at the Doha half marathon, heads the women’s entries. With a best 33:28 over 10k last year the Charnwood AC runner will be hoping to get closer to her 2014 personal best of 31:26.

Entries also announced by organisers include British representative at the Edinburgh XCountry, Mhairi MacLennan and well as Bristol & West’s Eleanor Davis, who clocked 34:40 this month at the Telford 10k.

A full list of the leading entries (as of January 21) for the Trafford 10k can be found here.