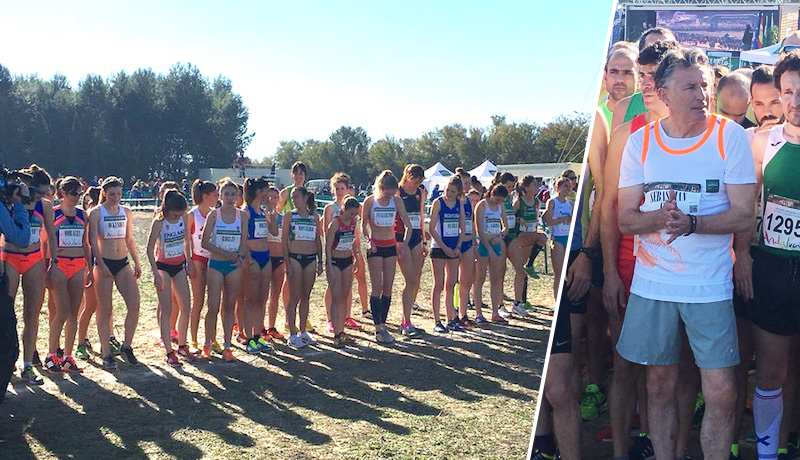 Verity Ockenden and Patrick Dever were among the British runners to impress at the Cross Internacional de Itálica on Sunday (January 21), while Seb Coe lined-up in the master’s race.

Meanwhile, on British soil this weekend, there was road action with the Four Villages Half Marathon and the  Canterbury 10 mile.

Verity Ockenden, who finished eighth at the recent Edinburgh XCountry, repeated that finishing position with a strong performance against world-class opposition at the Cross Itálica. Ockenden clocked 27:21 over the 8.2km course, with Keyna’s Agnes Tirop taking the international senior women’s title 25:51.

With two Spaniards fifth and sixth, Swansea Harriers’ Ockenden was the third European. Other British runners in action, included Charlotte Christensen, representing England, who finished 16th, while Faye Fullerton and Rebecca Murray, sealed places in the top 20 with 19th and 20th respectively.

Patrick Dever in 14th was the highest placed Brit in the international senior men’s race won by Joshua Cheptegie. The Ugandan athlete won in 30:54 finishing one second ahead of compatriot Jacob Kiplimo.

Preston Harriers’ Dever, who made his senior debut for Britain in Edinburgh this month, was followed by Mahamed Mahamed in 15th and Southampton clubmate Alex Teuten in 25th.

Hannah Hobbs (Yate/Westbury) clinched the victory in the women’s U20 race finishing ahead of England teammate Chloe Sharp (Dartford Harriers).

In a race won by Spain’s Ouassim Oumaiz, the England U20 men filled four of the top five places with Thomas Mortimer (Stroud) placing second followed by Alfie Manthorpe (Sheffield and Dearne) in third, Ricky Lukatome (Blackheath & Bromley) in fourth and Ben Davis (Havering) in fifth.

British great and IAAF president Seb Coe made a rare appearance on the start line and finished a respectable 35th in the master’s race.

Ben Fish of Blackburn Harriers won the Four Villages Half Marathon in dreadful wintery conditions on Sunday. Fish posted 69:09, over one minute ahead of Mo Abu-Rezeq (Altrincham Athletics Club) with 70:33 for second.

Fish remained composed before catching and passing his rival who had led until 12 miles. By the tape, Fish had increased the winning margin with Abu-Rezeq clear in second position.

Abu-Rezeq told Fast Running afterwards that he “struggled with the slippy road conditions and by 12 miles his feet were so cold he found himself having to walk and jog to the finish.”

Winning the women’s race was Gemma Connolly (St Helens Sutton Ac) in 79:39 ahead of half-marathon debutant Laura Riches (Leigh Harriers) in 82:57. Riches is another runner who features in the ‘class of 2018‘ and is continuing her preparations for a marathon debut in Manchester.

In Canterbury on Sunday, Abel Tsegay (Invicta East Kent AC) took the Canterbury 10 mile title for a second year running in a time of 51:12. Winning the women’s race by five minutes was Tonbridge AC’s Nicole Taylor in 58:33.

At the Storm Force 10 in Camborne, Cornwall, Robel Bahelbi of Highgate Harriers won the men’s race in 53:36 with marathoner Emma Stepto taking the women’s title in 59:53.

Olympian CJ Ujah opened his 2018 indoor season with a 6.60 clocking over 60m at the Larry Wieczorek Invitational on Friday.