I’m a runner, so why am I talking about mental health? 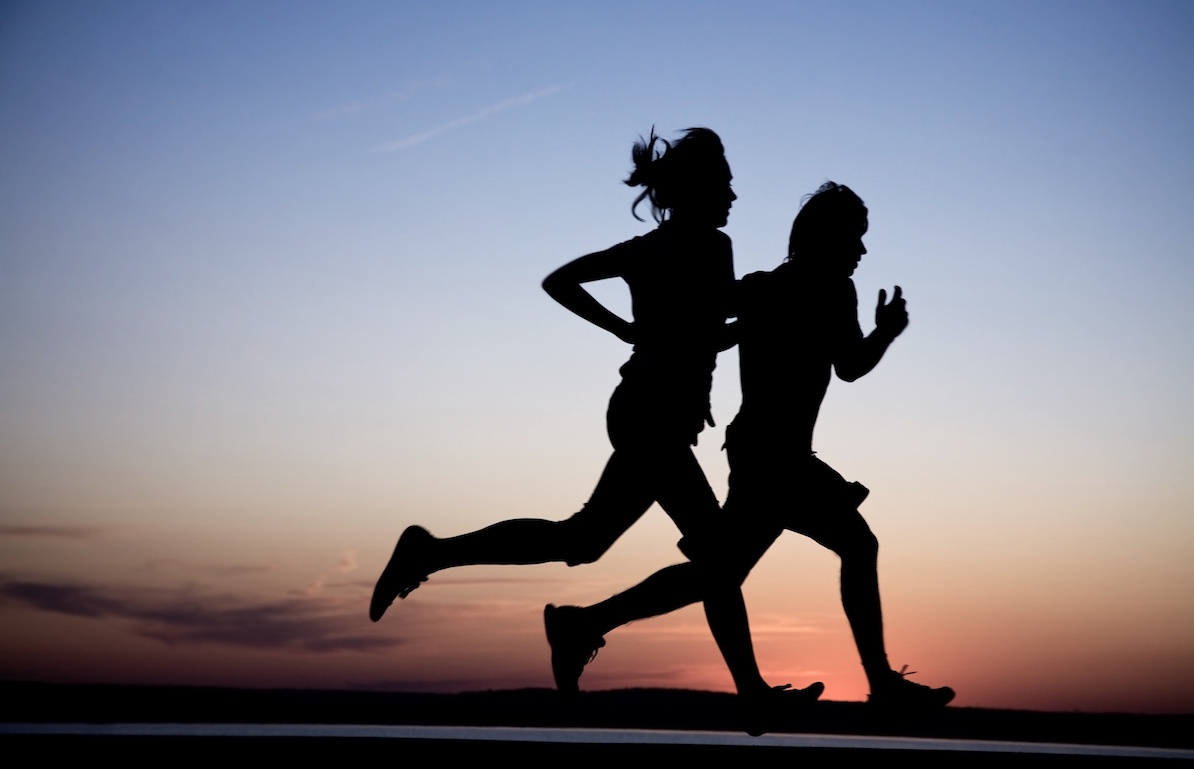 Wendy Roberts, a Mental Health Ambassador at England Athletics, talks to us about the benefits of running for mental health but also addresses the pressures that can be placed on individuals, highlighting the stories of Lize Brittin and Maddy Austin.

I’m a runner, so why are we talking about mental health? While benched with an Achilles injury, the ultrarunner Scott Jurek once said me, “injuries are our best teachers”.  As frustrating as it was to not run, he was right.

My injury was teaching me that I was overloading my Achilles tendons, caused by me adding additional mileage to my weekly training too hastily. So why do we not listen to our mental health in the same way when we overload it?

One of the main reasons why we tend not to approach mental illness, in the same way, is perhaps due to the stigma attached to it. Lack of public awareness and the fear of being judged can add to the feeling of being overwhelmed when in the throes of a mental health crisis. Increasingly, however, the discourse is changing and for the better. In the past year members of the royal family have tried to encourage people to talk about their mental health with their Heads Together campaign.

The journalist Mark Austin and his daughter Maddy, a talented national level 800m runner, bravely took to Channel 4 to talk about her battle with anorexia in her teenage years. The running community is starting to address mental health issues and not before time. Research has shown that half of all adult mental illnesses start before the age of 14, so it is never too soon to focus on your mental health and that of your family.

What are the benefits of running for mental health and how does it work?
Dedicated runners know that the simple act of putting one foot in front of the other, ultimately, leads to great things in both our running and non-running lives.

Movement is our holy grail; short-term euphoria is common and anxiety is reduced following a boost in the brain opioids which is understood to activate dopamine in the brain.

A recent study identified that simply walking is powerful enough to improve low mood. When you factor in the social aspects of being part of a community of runners, often in the uplifting great outdoors, and the boost to self-esteem from achieving personal milestones of losing weight or getting faster, you have a phenomenal tool at your disposal for strong mind, body and soul.

Contrary to claims by the ancient philosophers, Aristotle, Plato and Seneca, exercise has been found to benefit the brain. While these famous Greek and Roman philosophers believed that athletic physical pursuits meant the mind and soul were ignored, studies have shown, on the contrary, that physical activity encourages the creation of new neuron connections (known as neurogenesis) in the area of the brain related to memory.

Not only this but that the quality of those connections is also qualitatively better. Getting up off the sofa to go for a run can quite literally boost your brain capacity. It was also found that more neurogenesis was found in the brain regions vital for spatial memory. This type of memory is typically the first to suffer in the early stages of dementia. It, therefore, is worth trying to keep physically active where there is a family history of dementia.

Downsides of running to mental health?
In today’s increasingly visual world and the powerful influence of social media, it has been shown that looking at images of athletic and toned bodies increases personal body dissatisfaction among males. With women, body self-esteem scores are found to go down after looking at images of slimmer females. It doesn’t take much to see why eating disorders are increasingly common among both males and females, with an inherent risk in the running community where self-esteem is tied up in body image.

Lize Brittin was a successful high school and collegiate athlete in Colorado. She was one of the best cross-country runners in the US setting a women’s course record for the Pikes Peak Ascent and coming in 9th in the Bolder Boulder 10K, at the tender age of 16.

Lize tells her story in her e-book, Training On Empty. “I struggled with anorexia for over 20 years. Throughout this long battle I had periods of relative health and periods of severe illness, but what is most surprising is that for approximately eight of those years, I was one of the top runners in the nation, setting records and winning races around the country. Though I survived, my story isn’t pretty, and I suffered long-term consequences from starving myself while training intensely.” 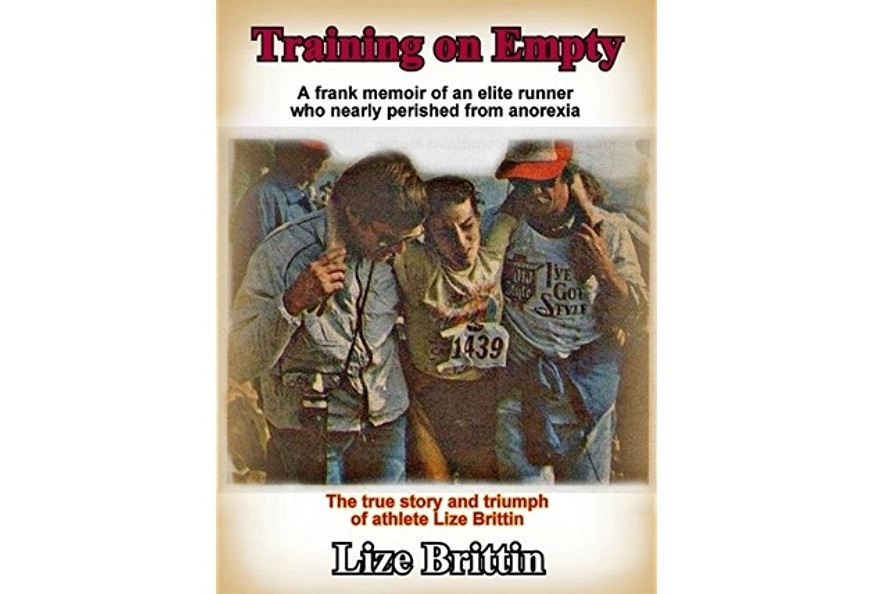 However, there is a fine line between fuelling to train and restricting fuelling to lose weight. “Training without proper nutrition can lead to many complications, yet it’s common for athletes to restrict their nutritional intake in order to achieve a lighter weight. According to world-renowned running coach Bobby McGee: “From a plain exercise physiological point of view, the lighter the runner, the higher their VO2 Max. This is their ability (measured in millilitres) to utilize oxygen per kilogram of body weight. This is a key performance factor in endurance events. The lighter the athlete, therefore, the better they perform – hence the warped ‘reward’ that these athletes receive for losing so much weight. Of course, this period of heightened performance is finite as the effects of the illness start to shut down the system with its all too often inevitable outcome – terrible, terrible illness, anguish and even death.”

Alarmingly, her book talks about the profound long-term effects of nutritional restriction which continue despite a runner recovering from the eating disorder: “The ability that the athlete displayed as a result of an increased VO2 Max due to weight loss in the early stages is rarely regained fully. The focus becomes the disease and the running a fantasy that harks back to a time when the condition was insufficiently advanced to warn those able to help.” According to Bobby, it is also evident that women can suffer erratic menstrual cycles and ill health long after normal eating habits have been restored.

The “female triad,” the condition to which Bobby alludes, is a term coined by The American College of Sports Medicine that comprises three conditions: disordered eating, amenorrhea, and the loss of bone density, or osteoporosis, with the first two derangements leading to the third. The body is resilient, but not immune to self-abuse, especially the longer the abuse continues. If an athlete continually trains or overtrains on too little nutrition, it’s possible she may never return to normal health.”

As with all exercise addicts, despite her anorexia, Lize was seemingly oblivious to the harm she was causing to herself, displaying the disordered thinking which is so common to sufferers. “At the time I was running well, I felt indestructible. The thought of a compromised body or ill health later in life never crossed my mind. As with any addict, even if I had some concept of what life might be like, I was too caught up in my compulsive behaviour to truly grasp the possible outcome. Like a rebel teen who knows that smoking can cause lung cancer but does it anyway, I was too dedicated to my addiction to change my path. There were people who tried to warn me that I was heading down a dangerous road, but I refused to listen.”

Not every runner will succumb to a mental illness and not all eating disorders have the same underlying cause
Everyone is unique and each story relating to mental illness will have its own underlying causes. We can learn from those bold enough to share their personal stories and stay aware to identify any warning signs.

Maddy Austin spoke with exceptional clarity about the stress of being a teen in the current climate with all the pressure of exams and high achievement that comes with being a successful national level athlete. In contrast, Lize references something that was lacking in her upbringing that her anorexia seemed to address. “The addiction was feeding something lacking in me. My running success gave me the attention I didn’t get growing up, and the compulsions distracted me from my past. Though I did suffer several minor injuries early in my career, such as a pulled Achilles tendon and several sprained ankles, I didn’t consider the long-term consequences of what starvation can do to the body.

“My sole purpose in life was to run and feed my addiction of eating a certain way while exercising intensely. Despite knowing some basic physiology of the human body, it seemed impossible that I could actually die from not eating enough. In the end, I came close to dying, but I was fortunate enough to survive. Whether it was my will to live that eventually made an appearance or something out of my hands that caused me to last, I consider myself lucky in terms of remaining on the planet.”

Your mental health
Whether you are relatively new to the sport or an experienced elite runner, we are all composed of the same body and mind. Staying vigilant for signs of stress and not being afraid to acknowledge there may be a mental health concern is crucial in order to seek the appropriate help. Increasingly, we are recognising that mental illness should be regarded in the same way as physical illness. Only when addressing the issue and accepting the diagnosis can you find and follow the protocol for recovery in order to live a fulfilling life.

If you are a new runner it is important to be kind to yourself and not compare yourself to others. Don’t berate yourself for your lack of achievements but instead look at how far you have come to get to where you are now. The running community is well aware that having a mental health problem can make it difficult to get started or to continue with running. Many runners have had mental health challenges themselves and may continue to have them.

World Mental Health Day
The recent collaboration between England Athletics and the mental health charity, Mind, #runandtalk, aims to lend support to those very individuals who are experiencing mental health challenges to start or continue running. There are numerous runs organised throughout the week that you can take part in, whether you are a runner or not. Mental Health Ambassadors will be present to help and guide you so look out for the hashtag #runandtalk on social media, and join in to remove the stigma associated with mental illness.

People can look for local Mental Health Ambassadors who are affiliated with run groups and clubs to inquire about getting started or for help to stay moving. Ambassadors will be able to offer non-judgmental support and guidance to help you back on the road to running and stay there.

Resources
Heads Together, the mental health charity aiming to tackle stigma and change the conversation on mental health – headstogether.org.uk.
Wasting Away: The Truth About Anorexia. First shown on Channel 4 on 24th August 2017.
Mind, the mental health charity. www.mind.org.uk.
BEAT, The UK’s Eating Disorder Charity. www.b-eat.co.uk.
Samaritans, a charity aimed at providing emotional support to anyone suffering from emotional distress, struggling to cope or at risk of suicide – samaritans.org.

About the Author
Wendy Roberts has a MSc in Psychology and acts as an England Athletics Mental Health Ambassador.  She offers run coaching and, as a partner with Dogfit UK can take clients with or without their dogs.  She can be contacted on surreyhillstraining@gmail.com.