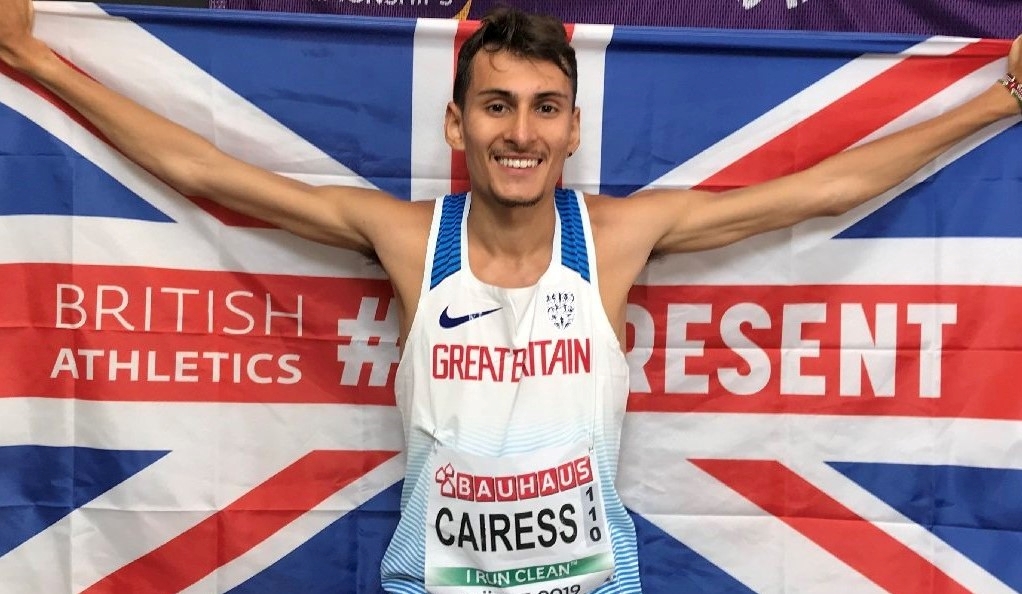 James Rhodes brings you a buys weekend with some stunning results in Valencia, at the BMC and across a busy weekend of county XC champs.

In recent years Valencia has developed a reputation for its excellent conditions that enable fast road racing; it is not without good reason, the Spanish city is home to the current men’s 10km and women’s half marathon World Records.

Sunday’s 10K Valencia Ibercaja continued the tradition of hosting some superb performances, with a number of British athletes making the most of the flat and fast course.

Finishing in a fine fifth place amongst a high quality field, Emile Cairess had the best race of his career to cross the line in 27:44. That time is a 30 second lifetime best and sees him sit alongside Mo Farah atop of the British all-time list (although, somewhat confusingly, Nick Rose did run 27:34 in April 1984, but the point-to-point nature of the course means it is not recognised as the British Record).

The Leeds athlete has continued his fine showing in 2021, where highlights included an excellent half marathon debut at the Great North Run (61:57) and some great performances on the track, including a largely-unreported third place behind Marc Scott and Mo Farah at the British 10,000m Championships.

The anticipated fast pace of the women’s race did not fully materialise, contributed to in part by the absence of Yalemzerf Yehualaw after a positive COVID test. However, there were good showings by both Beth Kidger (32:50), the Brighton-based athlete improving her best by 49 seconds, and marathon specialist Steph Davis (32:58), a 23 second betterment in her first 10k since October 2022.

Sticking with the same distance and the roads, but moving to the other side of the world and Dubai, where Eilish McColgan was opening her year at the Super Sports Meydan Run 10k.

After her initial plans to compete in some European road races during the first weeks of 2022 were scuppered by difficulties in getting a COVID booster vaccine, the Scot moved to the United Arab Emirates for training and took part in the Saturday morning race, with the results confirming a comfortable victory in 30:50.

That would be a two second PB, cementing her position in third on the British all-time list. However, she has since confirmed the course was approximately 400m short, and her initial time of 29:15 has been rounded up.

Whilst not an official lifetime best, it confirms her good form from the latter half of 2021 has been carried into the new year!

Moving closer to home, Sheffield played host to one of the first elite-level indoor races of 2022 and the first British Milers Club competition of the year. The BMC Indoor GP included high-quality fields over 800m and 1500m, alongside 3000m for men and 5000m for women.

The rarely-run nature of the 5000m indoors did not stop a deep field from assembling and, after 25 laps, it was Amelia Quirk who crossed the line first.

Not only that, her time of 15:27.76 is an English Record and the third best all-time by a Brit indoors, behind Laura Muir and Liz McColgan. It is also a Commonwealth Games qualifier for the Bracknell athlete who finished fifth at last year’s European Indoor Championships over 3000m.

Behind her, there was an outright PB for Jenny Nesbitt in second, which is great to see after her seven attempts outdoors last season. Agonisingly, however, she was less than a second away from the Commonwealth Games standard, a mark I am sure that will follow in outdoors this year. If it is any consolation, her time is a Welsh Record and puts her fourth on the UK all-time list.

The men’s 3000m was an equally fast and competitive race, with Osama Meslek taking the win with a seven-second PB (7:50.14), just 0.14 seconds off the qualifying standard for March’s World Indoor Championships. There was a fine second place for Jake Wightman, better known for his exploits over 1500m, who was taking part in his first serious race over the distance.

This weekend was the placeholder in cross country calendars for county championships to take place, with athletes no doubt thrilled by the heavy rain that featured across much of the country for large parts of Saturday.

The weather, mud and all-round resultant tough conditions did not deter athletes putting on some excellent races up and down the country, however. I must start this section by noting the below results are not written in any particular order, and apologies in advance if any results have been missed given the volume of races.

Starting in the picturesque Denbies Wine Estate near Dorking, which hosted the Surrey Championships on Sunday. The beautiful scenery and views come with a price, however, with athletes required to take on significant hills and sticky mud.

It was a podium lockout for Aldershot Farnham & District in the senior women’s race, with Niamh Brown (32:16) finishing ahead of teammates Georgie Bruinvels (32:50) and Nancy Scott (33:14) over an 8k course.

AFD’s dominance continued in the men’s race, taking two of the three podium spots. The 250 men competing over the 12.2k course took in almost 300m elevation gap over a three-lap course. Sam Eglen (42:26) gave AFD the honours with the race victory, finishing ahead of a finish line sprint between Hercules Wimbledon’s Fred Slemeck (42:46) and Eglen’s clubmate Joe Morwood (42:47).

The U20 races were won by Raphael Rivero-Stevenet (WSEH) and AFD’s Pippa Roessler, the latter finishing ahead of European XC Championships representative Ellen Weir. After a win and second place finish in the first two Surrey League fixtures of the season, Dylan Evans took the honours at the Middlesex County Championships in Greenford, his 43:54 over the 12.6k course seeing him finish 25 seconds ahead of Highgate’s Alex Lepetre (44:19).

There was an even greater margin of victory for Hannah Viner in the senior women’s race of 8.3k, crossing the line in 32:26 to second placer Yasmin Marghini’s 33:15. Elias Ahmed and Ellen Donald took the respective U20 titles.

There was a commanding win for Chris Richards at the Cumbia County Championships in Keswick, his 34:14 over the 10k course seeing him finish over a minute ahead of the rest of the 35-person field. Scout Adkin (29:17) crossed the line first in the 7.5k senior women’s race.

There was a close battle in the senior women’s race at the Cheshire County Championships, with Abigail Howarth (25:54) getting the better of Amelia Pettit (26:06) over the 6.2k course in Pickmere. Edward Shepherd did not face such competition, taking the senior men’s 8.1k race in 29:39, almost a minute ahead of second placed Finley Proffitt (30:31).

Moving back southwards, firstly to Milton Keynes and the Bedfordshire & Buckinghamshire County Championships. Chiltern’s Richard Slade (22:33) took the honours in the men’s race over the shorter distance of 6.2k, whilst it was a 17 second margin that gave Alice Wright the win in the women’s race (not the Alice Wright that will be making her marathon debut in Houston next weekend).

Ending the round up where we started, back on the roads. This time, however, with the races that have taken place on these shores. Understandably, given the multitude of XC races, there was a notable reduction in the number of road-based competitions this weekend. However, that does not mean no one was taking to the tarmac in the search for fast times.

Female winner of the 2022 #CountrytoCapital – Samantha Amend, having led from the beginning and finishing in a fantastic time of 6:04:22. 🙌🏻 pic.twitter.com/1jroAUIJT2

Joe Godwood (32:42) and Christine Halls (41:24) were fastest at the Woodcote 10k on Saturday, Joe taking one second off his lifetime best set last year and Christine over one minute off her previous best!

Sunday’s Stoke Stampede 10k provided Will Fuller (33:20) and Emma Kiernan (39:25) with wins, the former making his debut over the distance.

We missed a fine run last weekend from professional cyclist and son of Steve,  Freddie Ovett at the St Silvestre de Girona 5km where he ran 14:41.

The Montane Spine Race continues at the time of publishing, keep an eye on our social media for results.