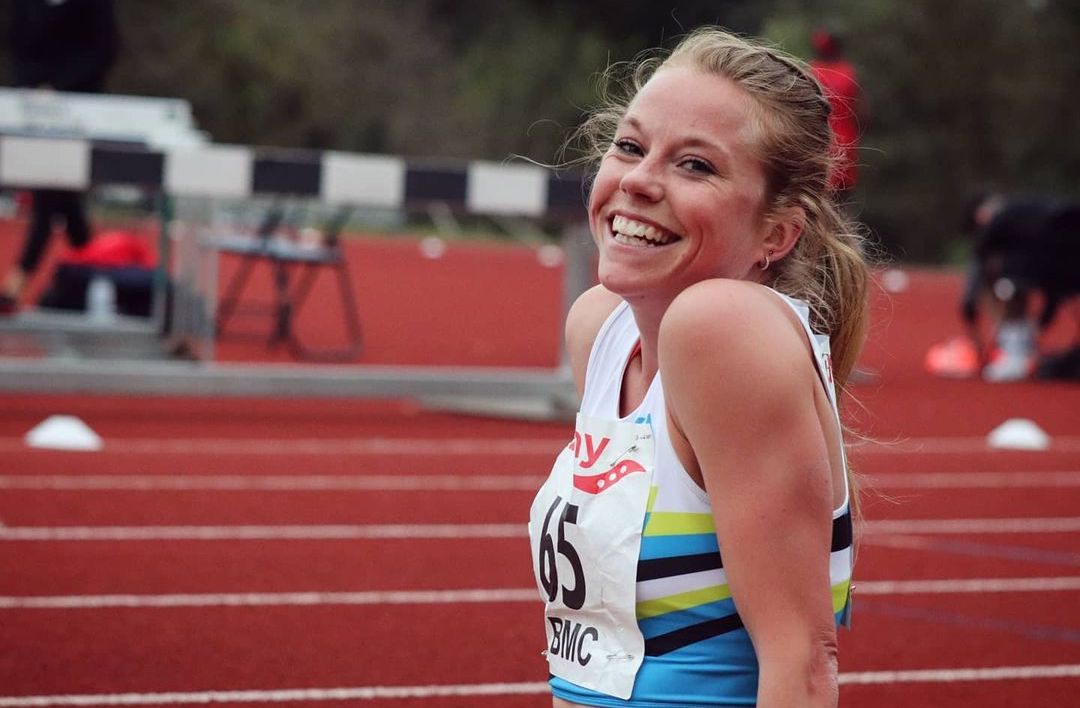 Jenny Nesbitt sees patience pay off indoors, Melissah Gibson podiums in Pisa and Friday Night Under The Lights is on fire!

The Cardiff Met Christmas Classic saw many athletes put some fireworks into their last race of the year. None more so than Jenny Nesbitt who ran 8:44.92 over 3000m to set a new Welsh all-comers record and put herself ninth all-time on the UK list. That time is also second best ever by a Welsh athlete, behind Melissa Courtney Bryant’s 8:38.22 in January 2019 (thanks to stat-man James).

Gibson on form in Pisa

In Battersea this week Friday Night Under the Lights served up a fearsome set of results. 13 men went under 24mins for five miles. Mahamed Mahamed led the charge, winning in 23:20. Liam Dee chased Mahamen home in 23:23 with Matt Bergin a little further back in 23:42. In fourth, it was U20 runner Charlie Brisket who ran a brilliant 23:44 and fifth was Samuel Gebreselassie in 23:45.

Lucy Reid took the women’s victory in 26:26, holding off Nicole Taylor who finished in 26:30. Completing the podium was Tessa McCormick who clocked 27:11. In fourth was Sophie Harris (27:55) and fifth Natalie Griffith (28:27). Seven ladies went through in under 30 minutes.

Another absolutely outrageous night of racing at Battersea Park tonight…. 13 men under 24mins for 5 miles tonight, not sure when this happened previously.

It seems to have been the week for five-mile races and while the Kent Christmas Cracker  5 mile race wasn’t quite the pace of FNUL (see above), but Anthony Webb’s (V45) 26:04 and Chloe Sharp’s 30:17 were still great performances and good enough for a win.

The Nottingham Winter 5k held at Victoria Embankment saw a rapid and convincing victory on Wednesday night for Milan Campion, who broke the tape in 15:59. Jenny Blizzard led the women home and took sixth place overall in 18:26.

The Leicester City Winter 5k Series held its second race on Thursday night. A time of 16:41 was enough for David Millward of Middlesborough AC to go home with that winning feeling, though Mark Powell gave it a good go, finishing in 16:57 and Gurmit Singh was third in 17:29. West End’s Emily Hall set a fine bar for herself in her first official 5k race. She took the women’s win in 19:29. Eloise Geary was second in 19:45 and Lucy Ellis third in 20:14.

Onto Aintree where there was also a half marathon in the mix. Matthew Pierson’s 1:08:33 was enough to hold off Jason Bennett (1:09:06) to take first place, and Natalie Hall rinsed the opposition, clocking 1:19:00 to finish well clear of Kelly Butler (with a still-excellent 1:27:40) and place 12th overall.

Tavistock AC hosted their regular Tavy 5k and it was their own Neil Barkel who left the rest of the field reeling as he won in 16:43 Neil Barkell, leaving John Cooper of Erme Valley (18:07) in his wake. The host club also took the women’s honours and third overall thanks to Emma Ryder and a performance of 18:14. Fiona German was second in 19:05.

There was a clear win for Josh Hammet at the Bedale Christmas 5k, where he clocked 18:56 ahead of tom O’Mahoney’s 20:27. Shannon Robinson was first lady in 23:11. More festive running was on the cards at the Chatham Maritime Christmas Dash 5k where Sean Barwick raced home in 18:34 and Jo Humphrey in 20:36 to earn their cracker-crowns.

Aly is still the queen of Saltwell

Saltwell Harriers sure know how to put together a winner’s package, as evidenced by Aly Dixon’s winnings at the Ronnie Saltwell 10k this weekend.

Dixon made it her 8th win in a row at the event, finishing well clear in 37:01. Can she make it to 10? We reckon so! Similarly to last year, Elswick Harriers worked brilliantly together for the runner up spots in the women’s race as Amy Fuller and clubmate Justina Heslop ran 37:45 and 37:56 respectively to take their gongs.

Callum Johnson of Gateshead Harriers just missed out on sub 30 but ran nearly a minute faster than his winning time last year to retain the crown in 30:09. Behind him, also retaining last year’s position, was Cameron Allan of Houghton Harriers in 32:12. Stephen Jackson from Sunderland Harriers upgraded by two places to take third in 32:46

North Staffordshire League XC in Bentley was won by Kate Holt in 16:48 and Andrew Miles in 29:19. Holt’s team, City of Stoke AC topped the women’s rankings, while Newcastle Staffs AC took the men’s team win. Full results. Heaton Park was the venue for the South East Lancashire League this weekend where Joseph Hudak (34:37) led the men’s team from Cheshire H & Tameside AC to the top of the table. There was no women’s race.

The following results are not available yet but links for their location when available are as follows:

South of the Thames Champs here

Dublin Up
Stunning 10km for Cairess in Valencia – weekend roundup