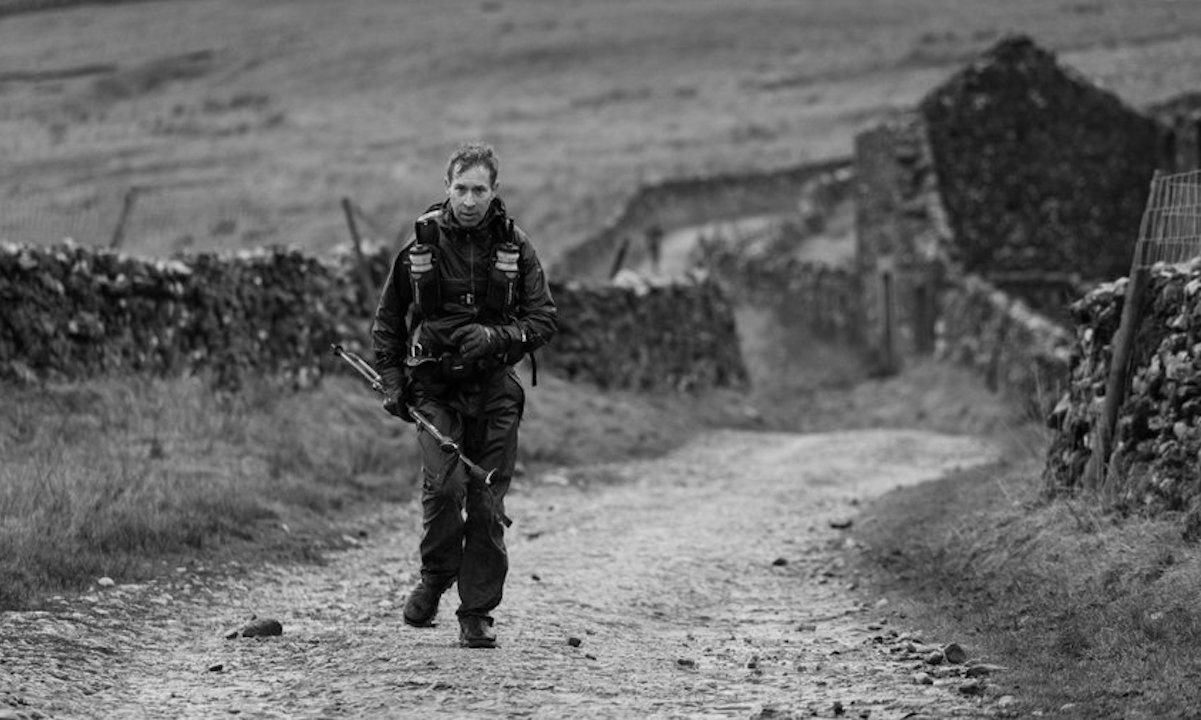 In a week of running the across country and cross country, more and more Irish athletes shine at home and abroad.

Cork ultra runner Eoin Keith proved that simply staying on your feet and keeping going is a winning formula when he outlasted the opposition to win the 10th Spine Race for a second time last week.

Starting from Edale in the Peak district of England on Sunday, January 9 and following the Pennine Way to Kirk Yetholm over the Scottish border, the 400km race can throw up surprises, which this year included a major diversion because of extensive Storm Arwen damage to forestry.

It meant that overall the course was slightly shorter than usual.

An injured Hall was first to drop out in brutal conditions, and when Solé stopped for a sleep and did not re-emerge, it left Keith in the lead. He maintained a steady pace and in the early hours of Thursday morning came home the winner in a time of 92 hrs 40 mins 30 secs.

“This was a special win for me. I didn’t think I had a hope, there were just so many class runners here, ”

It was a second overall victory for Keith, now aged 52. He also has the distinction of finishing second in the race behind behind Jasmin Paris – the first woman to take the overall title; which she did in a record-breaking time. In the summer of 2021, Keith won the summer version of the race becoming the — so far — the only athlete to win back-to-back versions of the race. “It was my most comfortable and balanced Spine Race. I don’t have gear five anymore but I’ve always said if you run your own race, and optimise your own performance, your best performance will come out.”

Cross-country (but not literally across a country)

Mick Clohisey and Kate Purcell made it a Raheny double at the Leinster Masters’ Cross-Country Championships held at the aptly named Cow Park in Dunboyne on Saturday (January 15). The Dublin club also took three of the four team titles on offer.

Purcell, who finished the 4km race in 14 min 28 secs, had a solid victory over Karen Costello of Dunleer who was first W45, and Noreen Brouder of Sportsworld AC who was first W40.

With three in the top eight, Raheny was the winning team ahead of Sportsworld and Mullingar Harriers. First W50 team was Dunboyne AC.

Clohisey, the recently crowned Dublin champion, proved the class of the men’s 6km race winning in 18:53 and leading Raheny to another team victory. Matthew Kane of Rathfarnham WSAF AC was second and Kevin Nugent of Donore Harriers third. Sixth and first M40 was Karol Cronin of Sportsworld AC.

In the intermediate races, Edele Monaghan of Dublin City Harries won the women’s race from Sile O’Byrne of Sli Cualann AC with DCH the winning team. On an especially good day for Raheny Shamrock, Gavin Eccles not only won the men’s race, but led his team to victory. Alexander Wallace of St Coca’s AC was second and Eoin Smyth of Tara AC third.

BHAA back in business

Hopkins led from early on although Colm Turner of the Gardai was doing his best to hang on to him. In the end, only six seconds separated the two with Hopkins winning in 20 mins 8 secs and Turner second in 20:14. Third in 20:57 was Michael Kiely of Nypro Ltd. Sixth and first M40 was Ger Forde of ESB in 21:19. AIB’s Ciaran Diviney was tenth and first M45, while an impressive winner of the M55 age group in 19th place was guest runner Aaron Mullan.

Finishing an excellent fifth place and first woman Niamh Allen in 21 mins 17 secs. Laura McDonnell was second in 22.38 and Laura Buckley of Teachers third in 22:47.

As always in BHAA running, the older age groups were well represented; winners included Conor Nolan M60, Vincent O’Neill of Aer Lingus M65, Nuala Reilly of the Health group W65, June Comiskey of Irish Life W70, and Tom Healy M75.
Of the teams, a closely fought men’s grade A saw Bank of Ireland beating ESB by eight points with Gardai third. In grade B, the top three were Banking and Finance A, Teachers and AIB. Revenue won grade C and Dublin City Council grade D, while best of the women’s teams were the Health Group.

In the Surrey Cross-Country League round held on Saturday (January 15) at Mitcham Common, Grace Richardson of Kilkenny City Harriers, and Belgrave Harriers finished eighth, helping her team to victory in the first division.

Richardson, a member of a family well known in Irish athletics, joined Belgrave after moving to London late last year. Over 300 women representing 29 clubs completed the race. The fourth and final round takes place on February 19.

Winner of the women’s race at the Mallusk Cross-Country in Co Antrim on Sunday (January 16) was Olympic steeplechaser Kerry O’Flaherty of Newcastle AC. O’Flaherty is now in the over 40 age group as indeed was the runner-up Sarahjane Cooke of Victoria Park and Connswater AC. In third place was junior athlete Clodagh Keane of DMP AC.

Newcastle proved best of the teams ahead of North Belfast Harriers and VP&C AC.

Stephen Connolly of Annadale Striders won the men’s race and led his team to victory over North Down AC and the Annadale B team. Craig McMeechan of North Down finished second and Conall McClean of St Malachy’s AC third. Norman Mawhinny of Scrabo Striders won the M60 plus race. Two new course records by Brian Maher and Siobhan O’Doherty were the highlights of the Tom Walsh Memorial 10km which took place on an ideal day at Caherconlish, Co Limerick on Sunday(January 16) writes John Walshe.

Maher, winner of the race back in 2019 in a time of 30:36, knocked a second off of that record after a thrilling battle with his Kilkenny City Harriers club-mate Ger Forde. Only on the downhill run to the finish did the 44-year-old Maher inch ahead to cross the line in 30:35 with Forde just two seconds in arrears.

Siobhan O’Doherty of Borrisokane returned to winning ways, with her 36:12 time a 10-second improvement on the record she had established two years ago when the race was last held. Dee Collins of Ennis Track Club was second in 37:28 with Angela McCann from Clonmel AC, now in the W50 category,third in 37:34.

Started in 2012 by the the Caherline/Caherconlish Community Games Committee, the event came about after Tom Walsh’s niece, Maisie, donated two of his cups for a race. She was on hand again on this occasion to present the Memorial Cups in her uncle’s honour.

Tom Walsh, from Ballyvourneen, won over 200 races in Ireland, England and Scotland during a running career that spanned three decades. Remarkably, he never wore a pair of spiked shoes and he won every type of race from the 100 yards to a nine-mile All-Ireland cross country. Walsh died in 2000 at the age of 82.

Irish indoor performance of the weekend came from Rhasidat Adeleke off Tallaght AC who smashed the Irish 300m record with a time of 36.87 for 300m at the Clemson Invite. That broke both Phil Healy’s indoor time of 37.56 and Karen Shinkins’ outdoor time of 37.07.

Sophie O’Sullivan of Ballymore Cobh AC running for University of Washington clocked a time of 4:49.09, which was 13 seconds faster than her opening mile last season at the UW Indoor Preview in Seattle,on Saturday (January 15).
In the women’s 3000m, Claire Fagan of Mullingar Harriers finished 14th in 9:36.00. Fagan moved from DCU to Portland last year. Brian Fay of Raheny Shamrock was listed for the men’s 3,000m but failed to finish.

Shay McEvoy of Kilkenny City Harriers, running for Tulsa, finished second in the men’s mile at the Arkansas Invitational Indoors in Fayettteville on Friday (January 14) in a time of 4:02.79.

At the Ted Nelson Invitational in Bryan-College Station, Texas, on Saturday (January 15) , Konstanze Klosterhalfen, who is coached by Sonia O’Sullivan and part of the Union Athletics Club, won the women’s 800m in 2:-07.47 and the 3000m in a meet record time of 8:39.36.

Sorcha Moloney of Ballyroan Abbeyleix representing McNeese State, ran a time of 5:13.83 in the women’s mile a day earlier.
Evan Byrne of Togher AC, running for Butler, ran a personal best time of 8:14.71 when finishing second in the men’s 3000m at the Jim Green Invitational held in Lexington Kentucky on Friday and Saturday (January 14-15).

On a good evening for Butler athletes, Thomas Pitkin of Clonliffe Harriers won the 600m in 78 .88 secs. British-born Pitkin represented Ireland at the 2019 European U23 Championships.