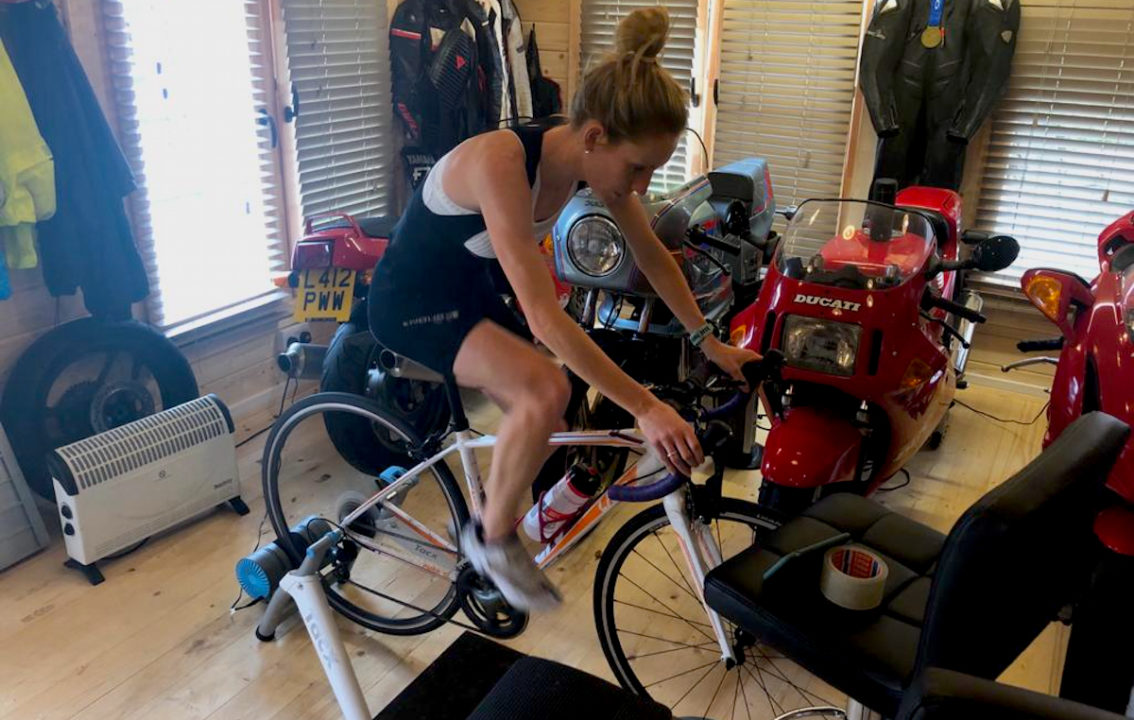 What do some of the UK’s best athletes do on a weekend when they’d otherwise be racing? Gill Bland finds out

Another week passes as we glance over the list of events that should have been and ponder what this race-free world means for runners. We got in touch with a few who would have been racing this weekend to find out what they were doing instead.

Base building for Cardiff’s Smith

British Under-23 Half Marathon record holder, Jake Smith (Cardiff) should have been testing his mettle at the World Athletics Half Marathon Championships in Gdynia, Poland today after running 62 flat at the Big Half at the beginning of March.

Jake is based in Cardiff where he has just bought a house and is currently finishing his dissertation. He’s sharing his lock-down fun times with fellow Team Thie athlete Ciaran Lewis. Instead of hitting the streets of the Gdańsk Bay they’ll be hitting Cardiff Bay (well, somewhere round Cardiff anyway) and doing a 15 mile long run together.

Jake says “as soon as the world championships got cancelled I took my break, so I’m still in the base phase now. I’ve bought a treadmill and just finished making it.

It’s just Ciaran and I in the house as the others have gone home now so I’m going to have some fun with training and do some hard incline efforts on the treadmill.

We’ll also be working on some strength and conditioning looking into hamstring and glute exercises. We’re focussing on just enjoying it and getting into a good routine so we aren’t bored during this lockdown.”

Jake’s team-mates this weekend would have been Chris Thompson, earning his first GB vest  on the road, Ben Connor, Matt Leach and Mo Aaden.

Lily Partridge was due to continue her return to form, racing in her first British vest since Berlin 2018. Samantha Harrison (71:01) and Steph Davis (71:15) had both produced PBs at the Big Half. They secured their places on the team alongside Hayley Carruthers and Sarah Inglis (Lawley RC). Inglis’ 70:24 in Houston back in January sees her ranked 4th in the Uk this year.

Sarah Inglis is currently based in Vancouver, Canada. When we spoke to her they were not officially locked down yet. As such she was still planning to get in 2 hours of running in lieu of her planned race.

She’s still bearing in mind the advice  given though, saying “this may be on mountain trails, which are remote. Our training group is not meeting at the moment so we will only be out in pairs.

My boyfriend Ron has similar PB’s  to me so we are good to work together! We are keeping training going – just more fartlek and volume for the moment so that when the races come, we’ll be ready”.

It’s not all easy-life for those in the wilds though. Sarah is a PE teacher and Ron is a PT, so they are both laid off at the moment and are self isolating. They are trying to make the best of the situation. Having a laugh as they do it – they’ve been doing Instagram live core videos for friends.

However, the story we love most is that Sarah and Ron have a competitive card game each evening where the loser has to do a silly forfeit. If you take a look at Sarah’s insta you’ll see that she’s missing part of an eyebrow. Proof that you can take the competitions away from the runners but you can never take their competitive spirit.

Steph Davis was out in Girona when the lockdown started in Spain. She returned just as things were getting tighter in the UK. Davis left London to go back to her parent’s and can currently be found leading them in her own boot-camp sessions!

Like Lily Partridge and Hayley Carruthers, Steph Davis (Clapham Chasers) was building towards London Marathon and a shot at a place on the Olympic team. We spoke to her about her feelings on the postponement of her international debut and what she’s doing at the moment:

“I was super excited to be putting on the GB gear and representing my country for the first time. The day the kit arrived at my flat, was the same day we were informed that the race was postponed. I was dancing around trying out my new kit when the news landed.

As expected, I was really disappointed but in all honesty, I wasn’t surprised. I knew deep down this would be the first of many. When the news about London Marathon was announced, I felt a bit in limbo.

We were initially told to keep training as normal whilst UK Athletics were checking the possibility of hosting a closed circuit event for the Olympic trials, but I was finding it hard to believe this would really go ahead. And a week later the news hit that there would be no trials race. Time to reassess my training….

I’ve been back to back marathon training since Summer 2018 (pre-Berlin) so after discussions with my coach, we both agreed it was a no brainer to ease off for a couple of weeks, focus on some strength and conditioning and make a gradual come back, whilst we have the time!

I have been coping ok with the parameters we have to work within. I’ve made a routine around working from home. Some things that I am doing and challenges I have set myself are:

Most importantly I am making sure I stay connected. To my friends, teammates and my family members I am not isolated with.”

The Brecon Carreg Cardiff Bay Run 10k was shaping up to be a tasty race this weekend as well with European and UK runners expected to run some fast times. Cardiff based Charlotte Arter will have to wait until the 15th November to defend her title from 2019.

She was due to race alongside her training partner and Fast10 member Jenny Nesbitt and Verity Ockenden.

Josh Griffiths (Swansea) was looking to get some fast work in his legs as part of his London Marathon prep. Josh says

“Instead I will be going for an easy run and cycle (indoor bike) as well as some work. I’m having a bit of time to freshen up now before building towards summer and autumn races. Obviously this isn’t how I had planned the year to go but nobody expected this.

This is a global problem. We all need to do our part to look after ourselves and those close to us. It’s a really stressful time for everyone right now. I’ve actually found that exercise has been an amazing coping mechanism. I always feel so much better after going for a run.”

And with those wise words we’ll leave the ‘elite’ world. We tip our hat to all of you who are staying active within the parameters available to you and mindful of your responsibility to those around.

Do let us know what your training is looking like at the moment – have you been getting over your fear of the ‘mill and invested in one? Or perhaps you’re planning to come out of lockdown with a core of steel?

We’ve already heard from Julia Mitchelmore (VP&TH) who was meant to be running Canberra Marathon and is instead working her way round running #everysinglestreet in her parent’s town in Australia. Fiona English (WeAreDaybreak) was due to run her first ever 50miler. She still did that, but mindful of not putting herself in a situation where she needed help from medics she did it in loops locally so that she could stop at any point.

At FastRunning towers there’s a mixture of treadmill, home garden gyms, turbos and road runs going on. Personally, I’m trying to be good and get some consistent S&C in now that the mileage is harder to fit in, so here’s hoping for greater-glutes come race season! ‘Till next time, stay safe.