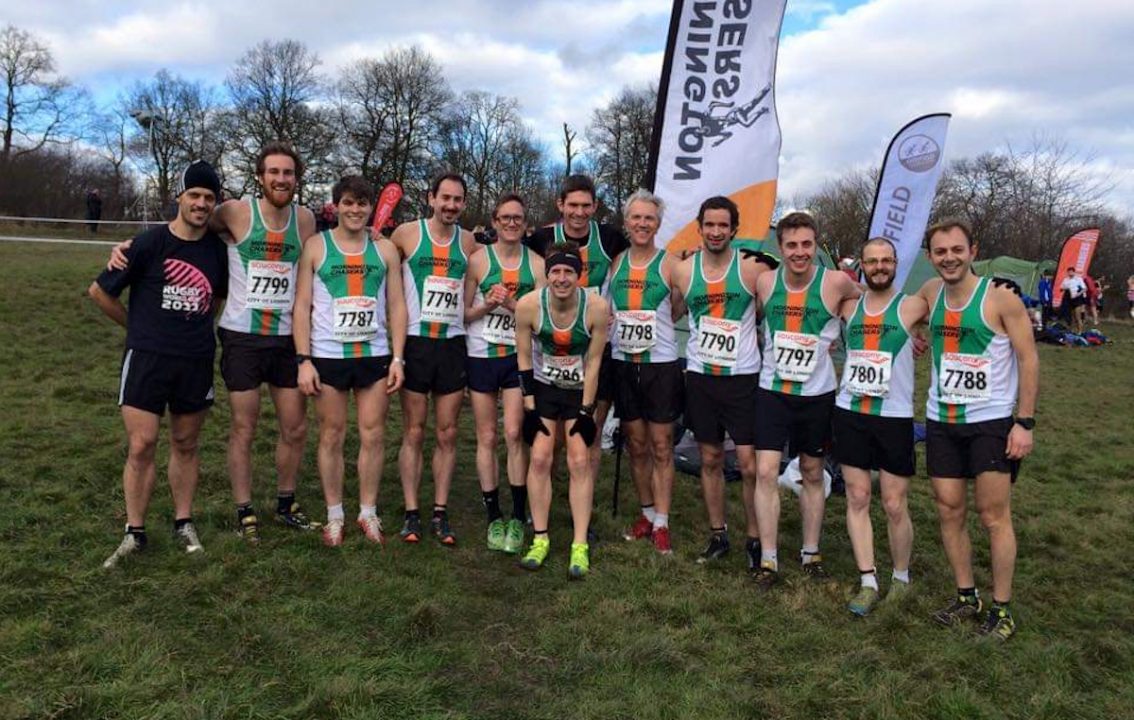 In a new series of articles we want to hear about runs, races or routes that hold a special meaning for you. To kick off we hear from FR’s own Tom Craggs.

Our freedom to run and travel as we normally would is still restricted due to the coronavirus pandemic. My sense from social media and the articles we have received is that this has triggered a fair bit of reflective thinking amongst runners.

At FR we thought it would be nice to spend a bit of time reflecting on running itself. So we’d love for you to share a run, a route, a race that has a special meaning for you for our ‘More than a run’ feature. Most of us train for performance (whatever that means to us) but we also run because we love the process of running and the feelings, connections and emotions it brings.

I found it a pretty interesting process trying to pick one run. So many races and runs stand out from a decade of travelling around the world as a runner and coach. Runs and races around Paris, Portugal, in the Alps and Pyrenees, the Lakes, Berlin and New York all jumped into my head but I kept coming back to something much less grand. I suspect because I am not and never have been ‘an athlete’ I can’t point really to a particularly impressive competitive moment, or standout performance. That isn’t really what drives me.

So the run itself is ‘just’ a club run. The first club run I ever went on as I look my first steps into a new sport at a time of life when everything seemed to be changing.

Over the course of 9 miles or so of road and trails this run climbs up through Hampstead Heath and on into the ‘Heath Extension’ taking in Golders Hill Park before re-joining Hampstead Heath to climb up to the top of Parliament Hill.

The route starts at the Talacre Leisure Centre in Kentish Town West in North London. Working it’s way through back streets up to Hampstead Heath you run past the home of Night of the 10,000m PBs and the start to one of the greatest races in the world – the ‘National Cross’ at Parliament Hill.

Gradually you climb up north through the Heath covering some of the lesser used paths, springing over tree roots and up and down short sharp hills. If you look back at the right moment near Kenwood House you get a spectacular view of London, but just a little glimpse, like a one of those mini polaroid photos if you are old enough to remember.

Crossing over Hampstead Lane a long downhill on trail allows you to pick up a bit of speed as you loop around the Heath Extension and cross into Golders Hill Park. On a hot day water fountains here provide a bit of relief before pressing on to climb back through beautiful West Heath, short hills testing your legs.

A beautiful long sweeping mile or two back downhill through the Heath passing the ponds takes you to Parliament Hill. You are rewarded for a tackling the climb as that little polaroid glimpse earlier becomes a panoramic landscape from the top of ‘Kite Hill’. From here it’s back down past the lido to the start. Hills, flat, fast, slow, trail and road it is in itself a beautiful and testing run. For me though it’s more than that. I am pretty nostalgic person. As much as I try to live in the present I do find myself looking back a lot. For me feelings and places are intertwined. I associate physical spaces with important people in my life and the predominant emotions I was feeling at the time I visited them.

So whilst this is not perhaps the most memorable or beautiful route (though I heartily recommend it), as I look back it is one that absolutely captured a particularly special time in my life. A time where I felt carried along by change.

I moved to London in 2007. My dad was diagnosed with cancer at Christmas that same year so I entered a marathon to raise some money for charity. I’d run a couple of races but was by no means a ‘runner’. I was swept up by the emotions of it all, and with the intoxication of a new city as a 25 year old. A city which, particularly in Hackney where I lived, seemed to be constantly changing.

Running completely encapsulated the other changes going on in my life. It was new. It seemed like every time I went out of the door I was able to run a bit faster. For the first time in my life I was beginning to feel a passing sense of being a little more athletic. I ran a half marathon in the spring of 2008 in 1:29 (I did say a passing sense).

That autumn, three weeks before the marathon (Berlin), I sent out a few emails to local running and athletics clubs. I only got one reply, from Gavin Pugh who was club captain at Mornington Chasers. Despite the fact that Highgate, Serpies and Heathside no doubt went on to mourn missing out on my huge athletic talents I think it’s fair to say they were probably better suited to the ‘Chasers’. On my first club night I was hooked.

Tearing around bits of London I was only just getting to know. Running hard with a small group of people who seemed genuinely encouraging (though incredibly sceptical about my arbitrary plan to try to break 3 hours for the marathon). I remember experiencing a wonderful feeling, which I know will be familiar to most runners – particularly club runners. A feeling of being dragged along to a pace which I couldn’t run on my own and it not only feeling comfortable, but good, exhilarating. Ponds and trails, trees and streets passed by, I had no idea where I was but I just put myself in the middle of the group and ran.

Some of the people on that run became life long friends. Friendships forged out of that unspoken communication group running brings. A tacit connection or bond you build when you run with others that doesn’t require chat, just shared physical effort and the electricity in the air that stems from it. Three weeks later I ran 18 miles of my marathon with one of them, Simon Freeman, before I faded (limped) to 3:01.

The next four years are time in my life I absolutely treasure. With these good people. Going on to meet others who became incredibly dear to me. So this run for me takes me back to some of the most special years of my life.

It reminds me of making new friends. Of extremes of emotion, of visiting new cities with new people. Of new art, food, culture and nationalities. Of drinking Pomerol by the Siene, of the buzzing early evening in Soho and Shoreditch. Of summers running on the Heath or Regents Canal or to the top of Primrose Hill with Simon, John, Alex, Gaby, Tim and Marc (and many others). Of the purity and innocence of running before it became a job (which I love), before I got to know the small world of ‘big personalities’ in performance sport and coaching. Of running to the top of Parliament Hill with London sprawling out below me, feeling, as cliched as it now feels to write it, that the city was opening itself to my imagination.

If these mental connections to a particular run seem a bit sentimental, strange or tenuous that’s probably because this is my experience, and my thoughts looking back. I am sure if you think about it you might have the same. A run that triggers particular, albeit tangential or parallel, experiences or emotions. If you don’t at all we probably run for different reasons, which is fine, running is after all the most personal of sports.

We want to hear your stories. So tell us which runs have particular meaning to you. Feel free to send them in to us…