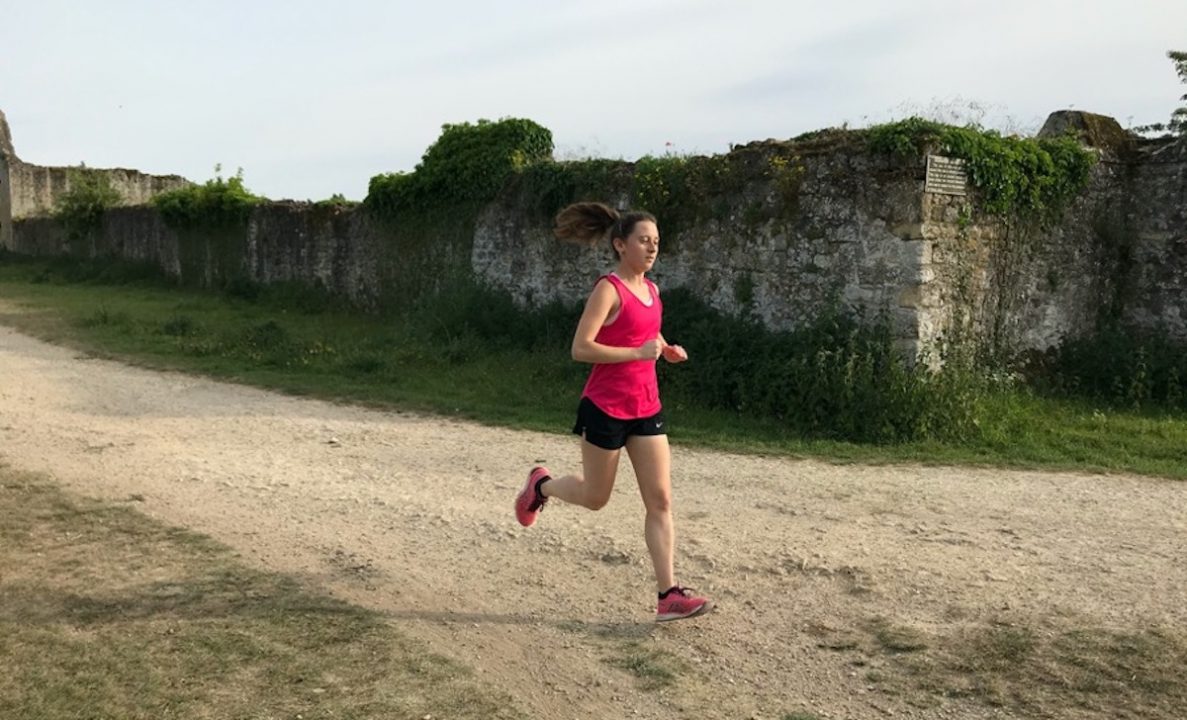 Cambridge Uni Hare & Hounds athlete Helene Greenwood tells us about a route which for her, is ‘more than a run’

Cue another day in lockdown. Whilst scrolling away on my phone before settling into the business of studying from home, the subtitle of Tom Craggs’ More than a run article caught my eye. In an instant it had me daydreaming about all the stunningly beautiful and diverse places that running has taken me.

Thoughts of exploratory runs around the fells in both the Yorkshire Dales and the Lakes, on family holidays gone by, sprang to mind. As did the slightly more extreme mountainous trail runs, I’ve come to love on trips to the Chamonix Valley. Not to mention, the classic three Sunday long run routes around Shotover, Boars Hill and Wytham Woods.

These formed such an integral part of my undergraduate years spent running with the Oxford University Cross-Country Club. A 10am Sunday departure from the Radcliffe Camera promised a couple of hours of freedom in the surrounding Oxfordshire countryside with friends, all whilst excitedly chatting about the week’s training and upcoming races in the busy fixtures calendar.

Then there’s all the amazing routes across the UK that I’ve been lucky enough to take on through racing. Nothing quite beats that feeling of nervously standing on the start-line with those pre-race jitters in your stomach, as you eye-up the other competitors. Glancing anxiously over to the starter, with a tough, demanding course lying in wait before you. Or that feeling of mind over matter, as you push yourself deeper into the pain cave on the final lap of a gruelling muddy cross-country course.

Those are the feelings that we’re all missing so desperately at present. My local parkrun in Cutteslowe Park, the Varsity cross-country race over Wimbledon Common, the National at Harewood House, my first BUCS cross-country in Gloucester: these are some of the races that sprang to mind, to name but a few.

Yet amongst all these runs that stood out as particularly memorable to me, each for their own reasons, my thoughts kept drifting back to this one route in Oxford that holds a special place in my heart.

At face value, there’s nothing particularly impressive about the Thames Towpath loop, as I like to call it, being only 5.5 miles long and with a mere 80 ft of elevation gain, according to my Strava. But there’s so much more to this run than these stats.

I’ve been running this route for almost as long as I’ve been running, before GPS watches and training schedules were part of the equation. What started out as a pretty long effort for a twelve-year old casual runner, where trying to keep up with Dad was half of the battle, gradually became one of my favourite routes for an easy or steady run from home.

It’s my Dad who first got me into running and I’ve got him to thank for introducing me to this incredible route all those years ago. My beginnings as a runner are deep-rooted in this run and whenever I run it, there’s always a part of my subconscious thinking “this is where it all began”. The run starts out like any other urban run you might do, along one of the main roads into the city centre of Oxford, the Woodstock Road, and down to the Waterways estate. Here you turn onto the Oxford Canal Walk which you run along for just under a mile before turning off onto Walton Well Road and across the railway bridge onto Port Meadow. And this is where the run really starts to work its magic.

The minute I’m on Port Meadow it’s almost as if nothing else matters. For those two and a half miles I’m completely at peace, in this green oasis nestled within the city of dreaming spires. It’s just me, the trail beneath my feet, the odd herd of cows here or there, and the simple action of putting one foot in front of the other that brings us so much joy.

After running across the bottom of Port Meadow and crossing the bridge over the river, you run along the Thames Path. You’ll pass the remains of the Godstow Nunnery on your left, which although ruined since the 16th century, provided inspiration to Lewis Carroll for Alice in Wonderland and acted as the backdrop for one of the scenes in the recent Mamma Mia! Here We Go Again movie.

You then reach the Godstow Road where the last part of the run begins. On the final mile and a half, you’ll pass through the village of Wolvercote before remerging on the Woodstock Road where you started out.

Escape to the country

One of the things that never ceases to amaze me about this run is how you’re transported from a rather bulk standard, albeit very pleasant, suburban setting to this vast swathe of open green common land, and all in a matter of fifteen minutes or so thanks to your own two feet.

Whatever the season, Port Meadow is always glorious. On a late summer’s evening picture an idyllic English countryside scene with the sun setting to the west, along with people picnicking on the grass and swimming in the river.

In spring think birds singing amidst the newly budding trees along the river. And as autumn turns to winter, the sound of fallen leaves crunching beneath your feet with every step gives way to the squelch of boggy hollows within the frost-coated grass.

Even on a grey, cloudy and otherwise non-descript day, a run along the Thames Towpath loop never fails to put me in a good mood. Another reason why this route is so great lies in its versatility. It can easily be extended to include more distance along either the Canal Walk or the Thames Path down into the city centre, or with a lap of the Burgess Field nature reserve on the far side of Port Meadow. A constant amidst change

There is no doubt that this is a fantastic running route in its own right. I would highly recommend it to any runner passing through Oxford and looking to explore the city’s multitude of running routes. However, I think that what makes this route so much more than a run for me lies in the memories it holds.

School years have flown by. Injuries have come and gone, local and uni running clubs have been joined, cross-country seasons have passed, weekly mileage has increased. Throughout it all this run has remained a constant in my life as a runner.

Whether it was a weekend run with Dad, a post-GCSE exam destress run, or a first-one-back-from-holiday run, the Thames Towpath loop has always been there for me. And so I hope it will remain that way for many years to come.

If you want to tell us about a run, race or route that has particular meaning for you drop us an email. Are you a fan of Fast Running? Then please support us and become a patron. For as little as the price of a monthly magazine you can support Fast Running – and it only takes a minute. Thank you.

More than a run
Celebrating the best in UK athletics