Back to the future for Copeland 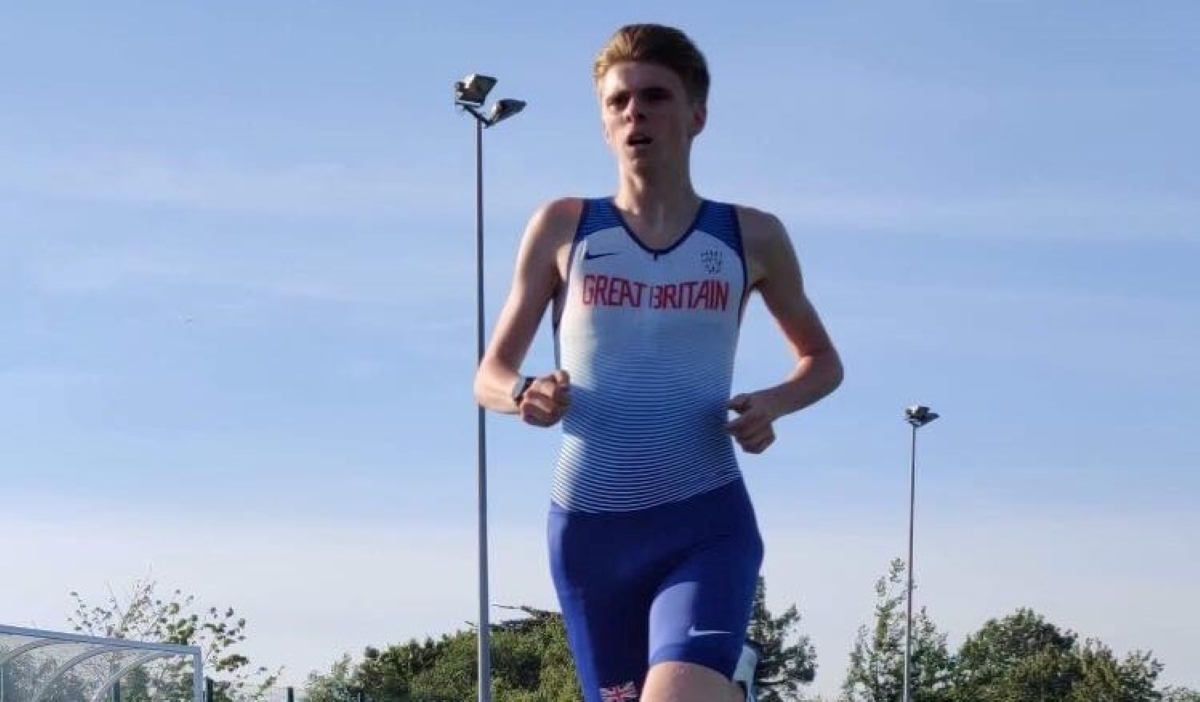 Earlier this year we caught up with talented siblings Piers and Grace Copeland. This week Piers topped the results in the BMC Bannister Virtual Mile. His first coach, Ian Kennedy of Wimborne AC gave us the details.

It could be considered a long way from winning the pancake race in your first school to winning the Roger Bannister Mile…but for Piers Copeland, geographically at least, it was no distance at all!

With athletics competition have been suspended for the time-being due to lockdown, a little creative thinking was required to stay fit and motivated. Step forward the British Miler’s Club (BMC).

The BMC organised the ‘Bannister Virtual Mile’ to celebrate the 66th anniversary of Sir Roger Bannister’s first sub-4 minute mile on that historic day at Iffley Road track in Oxford in 1954. The ‘Virtual Mile’ was to take place over three days, 4, 5, 6 May.

The event was limited to 1,954 runners with athletes running in isolation where they could follow these rules:

Piers, having broken the 4-minute mile in the Olympic Stadium in the summer of 2019, was up for the challenge. After two days of ‘virtual’ competition, the mark to be beat was 4:07 set by his Cardiff housemate, James Heneghan.

On the evening of Day 3, with weather conditions close to perfect, Piers was ready to make his bid. He had identified a mile distance that complied with the competition’s rules. His chosen start point was at the end of the newly-built cycle route/footpath from near ‘The Fox’ at Canford Bottom, then along Ham Lane.

The cycle path is a beautiful smooth surface, so is ideal to run on. Unfortunately, it is not a mile long, so the final part of the attempt would have to be made running in the road. Normally you’d be taking your life in your hands running along here, but in these times of lockdown, traffic wasn’t going to be an issue.

He wore his Garmin watch, so had some indication of how fast/hard he was running, he was concerned that the first part of his race against the clock was marginally slower than he would have liked. In track races he has a reputation for being able to find an extra gear, and on the run towards Hampreston he upped the tempo to record a time of 4:02. He’d given everything over those 1609 metres.

Whilst the event dialled back the clock to Bannister’s incredible feat Copeland also took a trip, literally, down memory lane. His run finished a short distance from the site of his earliest running victory, Hampreston First School pancake race! This is where the idea of Piers as a runner, first got legs on it. (Indeed his sister Grace, also a runner who has represented England and GB, was a later winner of the Hampreston pancake race).

It was as a nine year-old that Piers first rocked up at Wimborne AC and he’s remained with the club ever since, although the 21 year-old is currently based (pre-lockdown) at Cardiff Metropolitan University. For the past five years he’s been under the expert guidance of his coach Bob Smith.

With the time logged with BMC, there was now a wait to see what other times were registered before the deadline. Shortly after midnight the news broke, Piers had won the Roger Bannister Mile! He was four seconds ahead of his nearest challenger Tom Marshall, then there were three athletes on 4:07 and seven in total who ran sub-4:10.

66 years on athletes honour Bannister….virtually.
More than a run