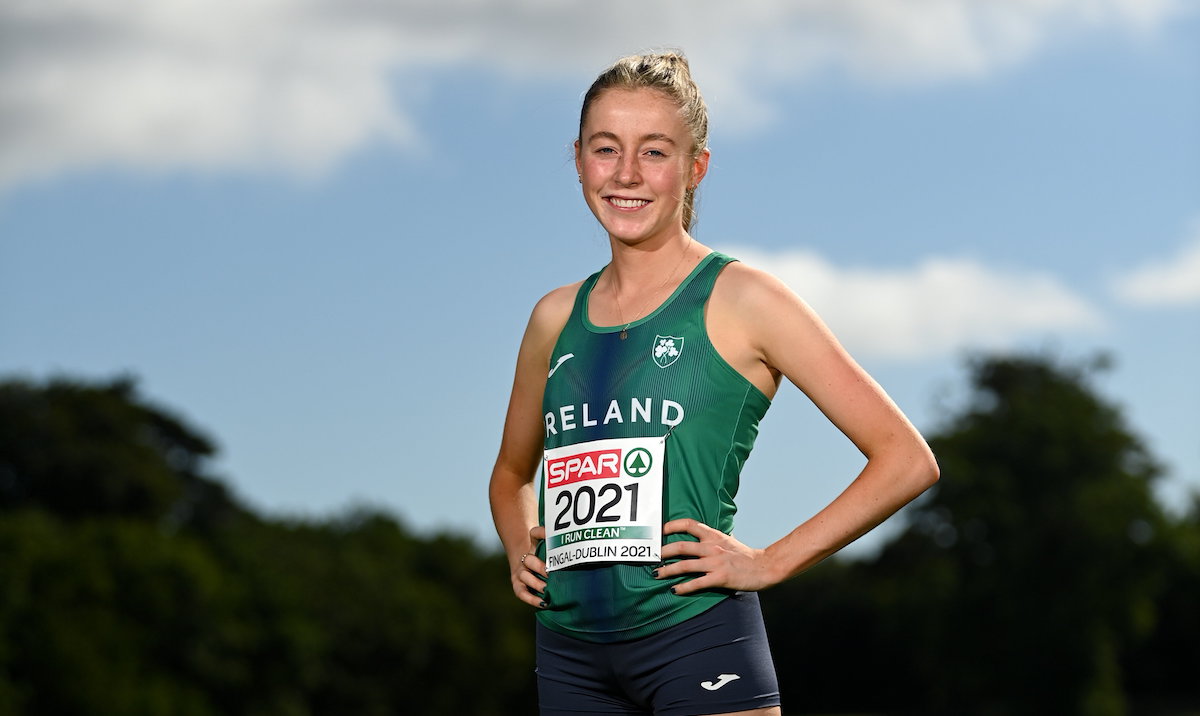 In the sunshine of Seville, or the wild winds of home, Lindie Naughton catches all the action in this weekend’s round-up.

David Mansfield of Clonmel AC was part of a large Irish contingent running in Sunday’s Seville Marathon where he ran a personal best time of 2 hrs 16 mins 8 secs knocking three minutes off his previous best.

Not quite as sunny in Co Westmeath

Despite challenging weather conditions, Tudor Moldovan of Clonliffe Harriers managed to clock a respectable time of 3 mins 46 mins for victory in the Turgesius 10-Miler, held in Collinstown Village, Co Westmeath on Sunday (November20). Fiona Gettings of Longford AC was first woman in 65:15.

At the Tommy Ryan Memorial 5-Mile, in Carrigaline, Co Cork, Michael Harty of East Cork AC was the winner in a respectable time of 25 mins 30 secs, despite the driving rain and gusting winds. Paul Moloney of Mallow AC was second in 25:34 and John Meade of St Finbarr’s AC third in 26:46. All three are M40 masters.

Three Dublin City Harriers athletes travelled to the Belgium for the CrossCup Hannun at the weekend, where Lauren Tinkler, recently crowned Irish intermediate cross-country champion finished the best of them in 17th place. Ali Armstrong was 24th and Cliona Murphy 29th. A week after the men’s record fell to Luke McCann, Georgie Hartigan of Dundrum South Dublin AC improved the Irish women’s 1,000m record to 2 mins 40.01 secs at the World Indoor Tour in Birmingham on Saturday (February 19), while in the USA, Sophie Murphy also of DSD AC, set a meet record of 16:29.28 for 5000m at the MAAC Indoor Championships.

Also in Birmingham Sarah Healy came second in the 1,500m in 4:06.94, a new National U23 Record, 4 seconds off her own record set last week just after her 21st birthday. This is the second fastest ever by an Irish Woman, after Ciara Mageean.

Healy had just secured a new 1500m record (U23) at the World Indoor Tour Mondeville Meet in France on Feb 9th, improving on her own U23 record in an impressive 4.10.83.

The 2020 Tokyo Olympian will be back in action on Irish soil at the 2022 Irish Life Health National Indoor Championships at the Sport Ireland National Indoor Arena on February 26th and 27th.

In a thrilling 400m, Mark English of Finn Valley AC passed Marcus Lawler of Clonliffe Harriers AC with the line in sight finishing in 47.20 secs. Befitting a 200m specialist, Lawler had led after the first 200m lap but was hunted down by English. English was dropping down from his usual distance of 800m.

In the men’s 6000m, Eoin Smyth of Tara AC was the winner ahead of Cathal O’Reilly of Kilkenny City Harries and Joe Cocoman of Naas ACC Irish junior international athlete Scott Fagan of Castleknock Community College was the runaway winner of the boys’ senior race at the Leinster Schools Cross-Country Championships, held in Santry on Wednesday (February 16) on a course that was shortened to three laps because of the stormy conditions.

Fagan led from early on and finished with sixteen seconds to spare over his team mate Louise Woodger in a time of 14 mins 25 secs for the 4.5km distance.

Eimear Maher of Mount Anville, also an Irish junior international, won the senior girls race, which was shortened to a single lap. Maher finished in 5 mins 13 secs — just a second clear of Emma McEvoy of Loreto Stephen’s Green, with Meabh Eakin of Ballymakenny College third in 15:17.

Loreto Kilkenny finished best of the teams just three points ahead of Scoil Mhuire Trim, with St Dominic’s Cabra third.
At intermediate level, with the race held over 3.5km, Anna Watson of St Joseph of Cluny was the winner in 13 mins 57 secs. Second was Caoimhe Kilmurray of Loreto Mullingar while in third place, Holly O’Brien was leading St Andrew’s College from Booterstown to team victory. Loreto Mullingar was second and Sacred Heart Tullamore third.

Races for all school ages in tough conditions

Cormac Dixon of HFCS Rathcoole was the winner of the boys’ 4.5km inter race in 14 mins 45 secs. Five seconds behind for second was Oliver Hopkins of St Declan’s. In the battle for third place, Ross Killelea of Coláiste Mhuire Mullingar out-sprinted Finn Harris from Colaiste Raithin Bray.

Coláiste Mhuire Mullingar was having a good day and in a closely fought junior boys 3km race, Jamie Wallace was the winner ahead of Rhys Johnson of Piers Hill College Naas. Conor McGuirk of Lusk CC was third and St Mary’s Drogheda, the team winners ahead of Colaiste Mhuire and Coláiste Chillian.

Presentation Kilkenny were also the team winners in the minor girls’ race where Sholah Laurane of Greenhills was the individual winner. In the minor boys’ race, George Sevastopulo of Mount Temple was the winner and Naas CBS was best of the teams.

The top fifteen in each race and the top three teams qualified for the All Ireland Schools’ Cross-Country Championships to be held in Belfast on Saturday, March 5.