Chasing sub 2:30: The importance of teamwork 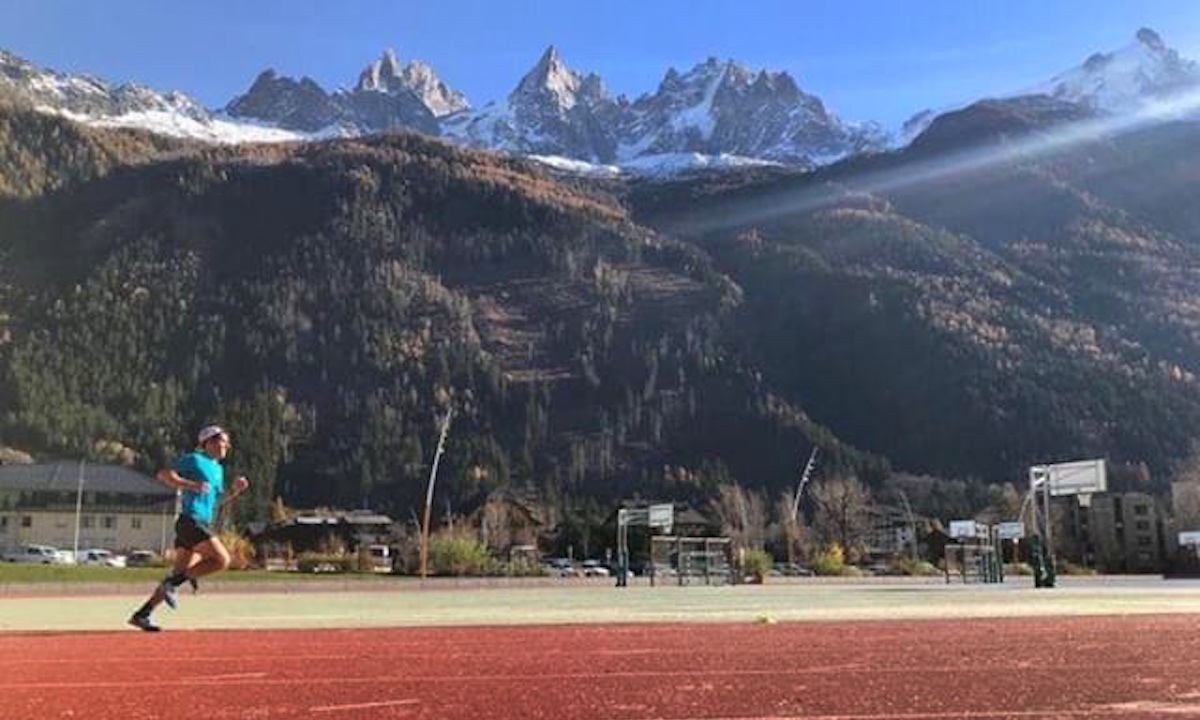 The loneliness of the long distance runner is well known, but on the journey to sub 2:30 at Valencia Marathon it’s certainly not been a solo endeavour.

The most obvious members of any team might be those sharing the miles on the road. Having a good training group can make a huge difference to anyone’s training. A small group of running peers with the same goal should make you all dangerous threats to your PBs.

For those in the UK, that is where the club system comes into its own. Two or three times a week you can meet up for club sessions and push each other to complete the key sessions building up to your goal. Sharing weekend long miles and making those tougher sections easier through laughter or shared pain can be golden.

It’s not just clubs, but training groups too. The Cottage group in Battersea Park, AB Training in Brighton, Team New Balance Manchester and the Dublin Track Club in Ireland, to name but a few. Having others around with a shared goal and dedication needn’t just be from your club.

Just being part of a club like the North Norfolk Beach Runners, even if I’m miles away, makes me feel part of something bigger. Hearing about their races, sessions, tough times and successes, encourages me to continue working hard.

Be it Tony representing GB at duathlon, everyone setting new half marathon PBs or Smarty actually making it to the finish of a race without cramping. We’re in it together.

Outside of the club

For those living more remotely or working long, unsociable hours it doesn’t even need to be a group. Just two people can spur each other on, keeping a friend accountable on their tougher days.

Having my friend Majell join on the first few long road runs and sessions made a big difference, as well as chasing Ben Riddell around our loop of doom near his house. Athletes of a similar level can bring the best out of each other.

Training in a group doesn’t even need to be all of the same pace. Just having Nats join me on the bike (and wondering why I’m not going as fast as I’m supposed to), Jamie getting on the bike to pass bottles and listen to me whining, Sarah driving us all to Martigny to race or Sophie doing a speed session alongside taking alternate laps. We’re all working together and it helps.

Rosa (our dog) helps on the easy runs too, although she’s rubbish on any road sections.

Then there are the sacrifices from the ones we love that don’t even have much to do with running. Could we do this all on our own if there wasn’t someone to pick us up after the blow ups, make dinner after long runs and take the Instagram pictures when you’re in the hurt locker.

By just being there to support me on this endeavour my wife Nats has played a huge part in getting to the start line. From dealing with a tired and useless partner, cheering me on at races to coming to Valencia just to support and hand me a bottle halfway along. Her support has been invaluable.

Having Tom Craggs as a coach has been a big help too. It’s not just the simple setting of training day to day, but explaining everything, discussing training, kit, confidence and pacing. Having a good coach to work with makes sure I do enough, but also not too much. It can be a fine balance.

The support of the running community online is there too. Be it the great responses to these blogs or the questions answered by more experienced heads in groups like IWOAAR or on a LetsRun forum. Strangers all joined by a love of running and helping each other succeed.

The last blog spoke about how it was all starting to click. A new half marathon PB was followed by great session after great session. Even another race PB at that iconic distance of 7.8km at the Corrida d’Octodure in Martigny, Switzerland.

It might not be a recognised distance but running 22 seconds per mile quicker and losing to the Swiss 1500m silver medallist in a sprint finish seemed like a success to me.

Then came one of the big ones – 32km with 6 x 3km at marathon pace off two minute rests.

On paper, I have run quicker in a tempo without the breaks. The half marathon was longer than all the efforts combined and over 10 seconds per mile faster. It was certainly doable.

Nerves are a funny thing though. They’re not always logical. My stomach was acting like it was a race day and it was looking like it might be a lonely solo effort until Jamie B stepped up and offered to ride alongside. Not just the company, but having drinks and food on hand was a blessing. Chasing the bike in the tougher sections was an added bonus.

I won’t lie. It wasn’t easy. The loop we use is about one of the only flat loops in Chamonix that isn’t the track. It’s half road, half trail and goes uphill alongside the river. Eurus, the Greek god of the unlucky east wind, decided to make the slightly uphill trail a little harder, but it all means better training for race day, right? The session was done, albeit with a little bit of slowing down for the final two efforts. Coach Tom pointed out it was an improvement on past long runs and on a tough loop. Plus it was only two days after some fast running at the 7.8km race. I knew I should be happy with it.

The next couple of days, a rest day and two easy runs after that, were tough. A malaise set in and not everything felt as fast. Logically my mind looked at the race and the long run, but confidence is a fickle thing.

Fast forward to Thursday and another big session of marathon pace work on the track. Our 300m loop might get a little dizzy at times, but if you can get it done on tight bends at 1000m altitude, then that’s got to be a good sign. Confidence is bouncing again.

The team comes through

That’s where once again you need your team around you. Nats coming along to do a session alongside, the friends that drop a message to see how it went and even the kudos, the comments on Strava and words from your coach. The team picks you up and keeps you on track.

Despite doing a large amount of this marathon block alone, it’s felt anything but. The team isn’t always some big fancy sports set up, but sometimes just the friends and family around to share the good times and the bad.

They’ll all be with me on race day.