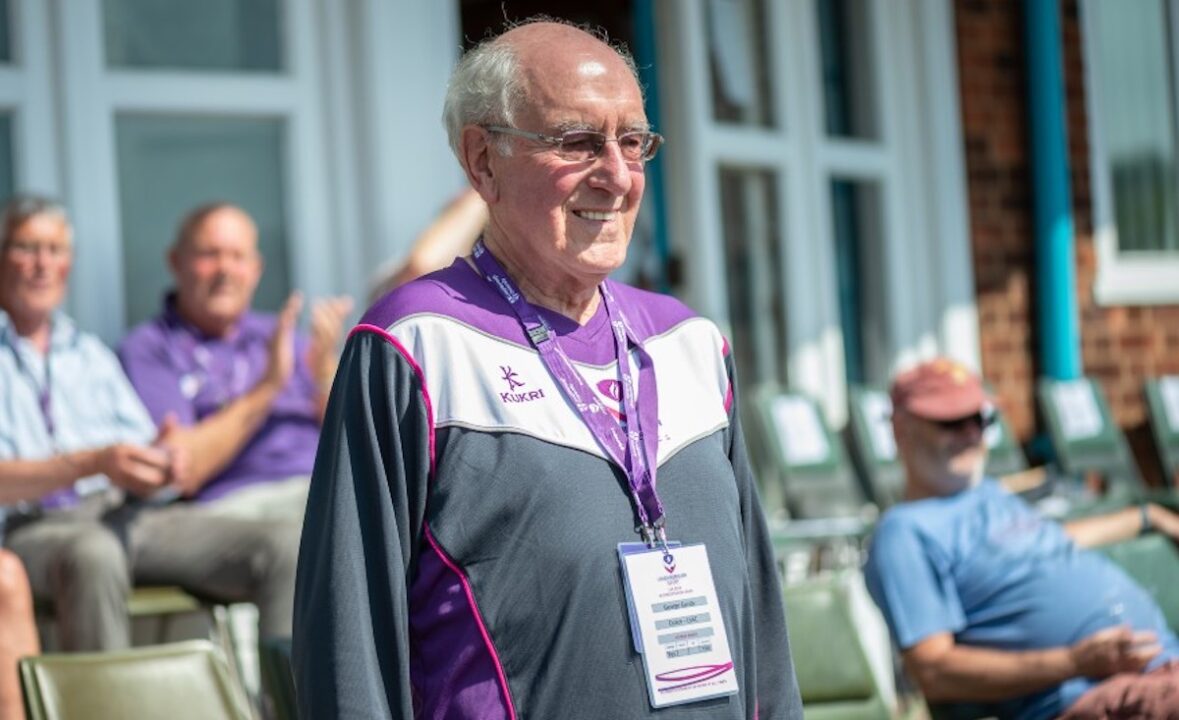 Last week saw the passing of Loughborough legend, George Gandy. The tributes on social media are testament to his popularity both as a top coach but most importantly an exceptional human being. Louise Damen shares her own memories of the great man.

George devoted a huge part of his life to coaching and teaching at Loughborough University. Although he made Loughborough his home, he never lost sight of his Geordie roots and was an avid fan of Newcastle FC.

George’s energy and enthusiasm for athletics was undeniably infectious. His selfless devotion to athletics meant that he influenced and impacted the lives of hundreds of athletes both on and off of the track.

A true passion for the sport

As a coach, George had a huge wealth of knowledge that he was always willing to share. It goes without saying that his coaching portfolio was unequivocally one of the best in the business, having guided numerous world class athletes such as Lord Sebastian Coe, Chris McGeorge, Jack Buckner, Jon Brown and Lisa Dobriskey to name a few.

From 800m through to the marathon, George masterminded the success of more than eighty international athletes. However, what stood him apart from many other top coaches was how generous he was with his time.

Whether elite or recreational, George would make every athlete that came into contact with him feel special. His passion for the sport always truly shone through.

Sessions all will remember

I’ve no doubt that Loughborough students past and present will remember George’s legendary training sessions.

His bread and butter winter session of 6 x 5 minutes on the track and the bellows of ‘’five minutes’ to signal the end of each rep that could be heard across campus and beyond!

Aside from his winter staples, there were also some very cleverly constructed (and painful) sessions using both the track and hills during the transition between the winter and summer seasons. George’s sessions on a Saturday were always arranged around a round of golf so that he could pack as much into his weekend as possible!

Circuit training for all

The winter circuit training sessions were also legendary. Every Wednesday evening up to 120 athletes would meet in the old gym with the windows steaming up.

If you were smart you’d set your own timer at each station as George would invariably be talking to somebody and would forget to shout ‘’change!’’. He would even treat us to random somersaults, using the ropes and various other pieces of equipment. Anybody who joined those circuits will know that the DOMS from the walking lunges after the first session of the winter was unreal!

At athletics socials George was the life of the party and was ever young at heart. I’m sure that many will remember him after a few drinks singing a rendition of ‘Alouette’ or ‘Loughborough’s coming up the hill’, becoming louder and louder until he had a full chorus of voices to join him!

An art or a science?

In addition to his coaching duties at Loughborough, George was involved in teaching on the Physical Education and Sports Science courses.

His practical applied athletics sessions were something to behold; it was here that I got to experience pole vault, indoor steeplechase and hammer! One of George’s favourite essay titles at the end of this module was, ‘Is coaching an art or a science? Discuss’.

George was well known in athletics circles for being able to talk the hind legs off a donkey and had an endless array of stories and anecdotes. He was always forthcoming with pearls of wisdom and sage advice that impacted so many athletes beyond the athletics track.

Loughborough and the sport of athletics have lost a great man, whose knowledge, selfless devotion, enthusiasm and fantastic sense of humour will live on.