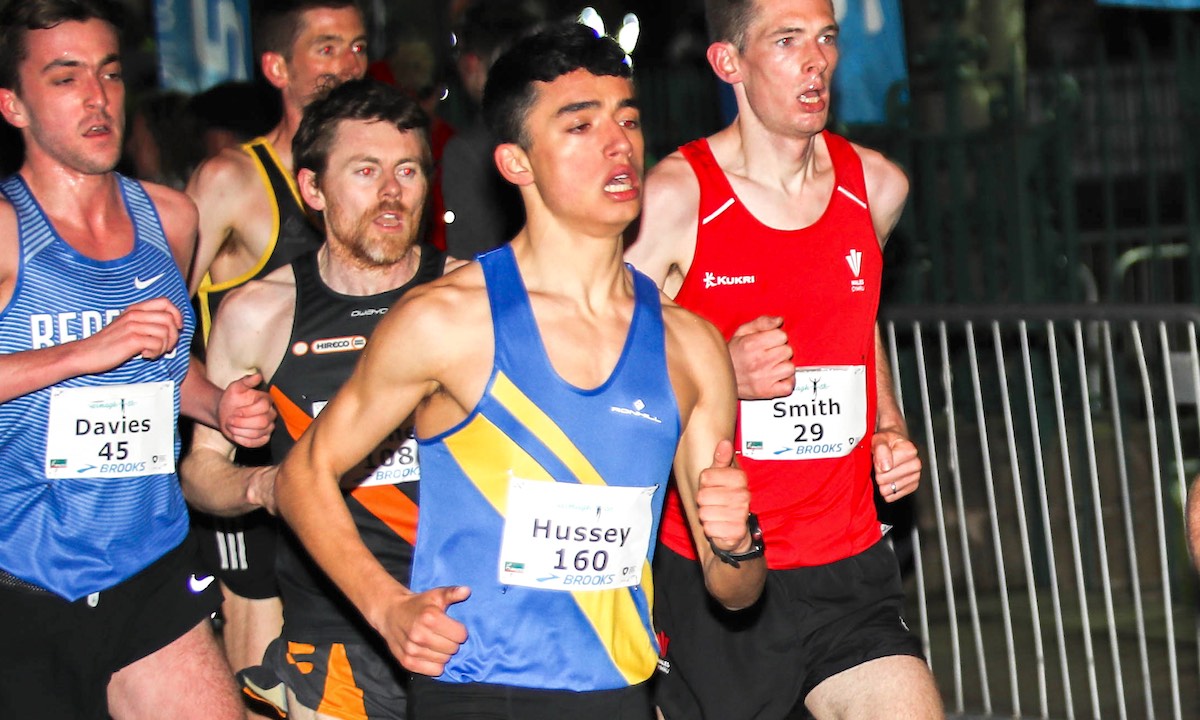 The Leeds City teenager is already dreaming of the Olympics Games, but training with a competitive and successful group keeps him grounded.

Ethan Hussey thinks big. That much is clear when you see he has just set up a crowdfunding campaign to help finance his dream to compete at the Olympics – despite only turning 16 this week (March 5).

Yet his high hopes are not misplaced, judging by his achievements so far.

The super-deep 5k road race in Armagh, where his time was good enough ‘for only’ 43rd, would have helped keep his feet on the ground – even if that was literally something of a task due the crowded nature of the start.

“Armagh came as a bit of a shock,” says Ethan, looking back on the race. “I didn’t really expect to run that fast. It was just a case of go out hard and see what we could end up with. It’s a bit daunting on the start line, being probably the youngest and smallest there.

“It wasn’t a normal race where you get on the start line and run out hard – it was a fight for the first kilometre or so. It was a struggle to stay on your feet.”

Although well down the field at the end, it was enough to match the long-standing record held by John Nuttall.

The time was, according to the respected Association of Road Racing Statisticians, a world best for a 15-year-old, although some doubt must be cast on this as the mark currently listed is inferior to that time run by Nuttall when he was that age.

Nine days after Valentine’s night in Armagh he finished fourth in the under-17 category at the English Cross Country Championships despite being bottom of his age group.

“I’m really over the moon with how the National went, considering I had Armagh a week before,” he explains. “It was just a case of get out there and see what could happen and how long I can last at the front for.”

Despite his ambitions, Ethan is determined to aim for a gradual progression rather than risk burn-out and he remains grounded, which is no doubt helped by being part of such a large and successful training group.

Coached by Andrew Henderson at Leeds City AC, the group includes Commonwealth 800m fifth-placer Alexandra Bell, world junior 800m finalist Alex Botterill and faster senior athletes such as Phil Sesemann, who was sixth in Armagh in 13:50. Such a high standard among his peers is enough to keep his past achievements in perspective.

Emphasising the benefits of having such a strong and friendly training group, he says: “I think having a strong training group is important to improve instead of just training on my own.

“It’s not just a case of going to train to get in done, it’s a case of having a laugh and having a group there to not only help you improve in training but to support you in everything else.

“Me being the youngest there surrounded by adults, I can learn from their experiences and they always help me with upcoming races and how to deal with stuff better.

“You always know you’ve got to fight for your place to be in the group. Everyone’s a good athlete, so if you’re in and around them, you know you’re in good shape when it comes to a race.”

Despite his early success and having taken up running as a first-year under-11, he believes Henderson’s long-term approach will see him through to senior level and help him avoid the common fate of young achievers in the sport.

“Everyone goes on about people burning out, but I don’t think it’s an issue in my case,” says Ethan, who played many sports before concentrating on running two or three years ago. “I have trust in my coach and he’s always going to put my best interests first in my training.

“I just turned 16 and I think the most important thing for my coach is that I’ve always got somewhere to improve. We don’t want to peak too early as a young athlete. We’re always looking at the long-term benefits and where things can pick up when I get older.”

When it comes to his current training, he adds: “My mileage varies throughout the year, so in the winter it will generally stay at around a similar range, but then every once a month we’ll throw in a bigger week to set up a foundation for the summer, so we have the ability to drop down and then focus on the speedwork.

“So whatever we do in the winter is generally just laying down the foundations for the summer, when I prefer to race and I enjoy it most.”

Despite the trust in Henderson as his coach, he points out that it is a two-way relationship.

“If I don’t feel like it’s working or if I think it could be improved to benefit a race I’ll drop in a word and then we can negotiate around what would be best,” he explains.

Ethan’s next goals are the Inter-Counties and English Schools cross country championships this month and he’s particularly targeting the latter to aim for a medal.

Although he will still be too young for the European Athletics Junior Championships this year, he will surely have that level of event as a realistic target in the near future.

But with a good long-term strategy and a competitive training group to keep him humble, senior success could also follow.

Further information about Ethan’s GoFundMe page and details on how you can support him can be found here.

Adam Craig is reaping the benefits of his time in America
Dublin Track Club: In conversation with Feidhlim Kelly