Big ambitions on and off the track 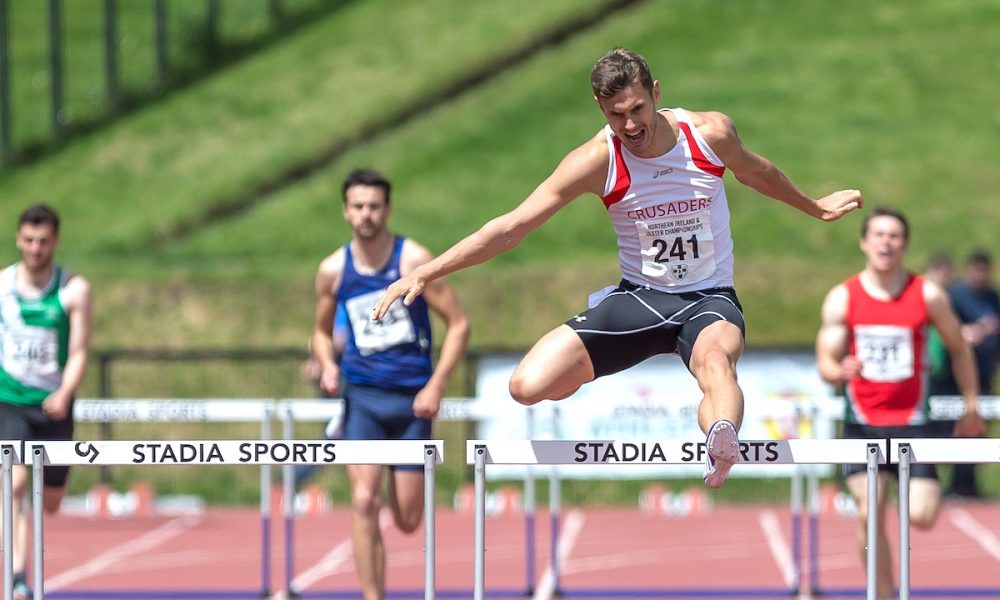 Irish international Jason Harvey has lofty goals on and off the track as he aims for the European Championships and launches the start-up gofyt.

It has been a demanding year for 400m hurdler Harvey as he eyes qualifying for the European Championships in Berlin, alongside his freelance design work, and driving the ambitions of gofyt, a new online platform that aims to change the way you find health and fitness professionals.

They say the success of tech start-up rests on the problem they are trying to solve. So what does the start-up led by athletes aim to address? Well, have you ever found it difficult to find a physiotherapist? Maybe a nutritionist or even a masseur? If the answer is yes to any of those questions, gofyt could be the answer.

“The top elite athletes usually have these services within reach, but there is also a lot of hard working semi-professional and committed athletes with jobs who know they will benefit from regular massages or physio sessions, but they are unsure of where to turn,” explains the Northern Ireland 2014 Commonwealth Games athlete. “So by bringing all these reliable professionals under the one platform for users to find, we really believe gofyt can make a difference.”

It isn’t just about finding reliable and effective practitioners in your local area to help with your muscle aches. Many athletes who travel overseas for competitions or relocate for university, face the issue in unfamiliar surroundings.

When Harvey, who also represented Ireland at the European Championships in 2014, relocated to Loughborough in 2015, he faced this very problem and following a discussion with initial founder and fellow Irish athlete Timmy Crowe, a light bulb went on, and gofyt would soon become more than an idea.

The final member to join the team was Andrew McCracken, a fellow design student, who Harvey met at Ulster University in Northern Ireland. Since then the three men have been busy working on their idea, putting in long days and nights, while juggling ambitions in athletics and other jobs, and finally this year things started to fall into place.

It is an impressive undertaking by Harvey and the team, and once you add in the training commitment required to compete at an international level, you wonder how he manages to juggle his time.

“I still want to compete for Ireland and the European Championships this summer is the aim,” he says. “I don’t want to stop running while I am also working on a start-up. However in my own head, I am thinking about gofyt all of the time, but I have to try and give myself a bit of time away to focus on my training too. I am also still hanging on to a few freelance design jobs, while we try and arrange some funding. It’s tough to balance everything but if the funding can come through it will certainly take a bit of the pressure off.” Harvey says the aim is for gofyt to be accessible to all committed athletes, across all sports, regardless of your ‘times’. If you are working hard at your craft, you are among the users they hope to reach. Longer term the company would like to appeal to the wider public, but for now, creating a platform for this group in the UK and Ireland is the main target.

“Initially, we have been testing in Belfast prominently, and are now working to get health and fitness professionals onboard across the UK and in Ireland,” he says. “We have made a big effort to work on the social media side of the business and are already seeing a lot of interaction from Belfast, Dublin and London. That’s great because we haven’t really made a big push yet with promotion.”

Up to this point, the start-up has been self-funded by the three-man team and like all start-ups that have a great idea, the numbers soon need to add up in order to sustain its long-term future. The team are confident that their model, which doesn’t charge health and fitness professionals to list themselves on the platform, but instead takes a small commission per booking, will work. And for individuals the more regular a user you become, then there are also incentives and rewards.

“There are over 5000 therapists around the UK and Ireland, so the main focus at the minute is bringing as many onboard as we can and for them to be happy using the platform,” he says. “If we achieve this then we will have an excellent product that the everyday committed sports person will love using.”

A big year on and off the track

From an athletics point of view representing Ireland at the European Championships in the 400m hurdles is his main goal this year.

“I am 27 years old now and for the 400m hurdles it really is your peak,” he says. “I don’t want to give up just yet. I tore a ligament in my left ankle 10 days before the 2014 Commonwealth Games, and at that moment I thought it was my last championships, which it has been up to now.

“But I have a fire in me to get back running internationally. I know I can represent Ireland and I know I can get close to the Northern Ireland record. I am back with my old coach Paul McKee, who I know I can trust to get me back to that level. In the past, I would have peaked earlier in the season, but this year, we have been building into this season and aim to peak over June and July.”

Next up for Harvey is an Irish League fixture followed by the Belfast International on June 26 and then the Brussels Grand Prix at the end of the month. Between those races and racing in July he hopes to achieve the qualifying standard for the European Championships in August.

After that busy summer of racing and which will hopefully conclude in the Irish vest in Berlin. Harvey will turn his focus solely to gofyt and the team have ambitious goals for the remainder of 2018.

“The goal for the rest of the year is to get 200 to 300 therapists onboard who are happy using the platform,” he says. “On top of that if we can get 200 to 500 sports users regularly booking therapists through gofyt it will be a great initial start. As well as the website we will be launching a mobile app in the coming month.

“I really believe we are creating something for the greater good that will help both therapists and users. If we can do that over the coming months and years I will be a happy man.”

🎉Welcome to https://t.co/HsCzyuuTwZ 🎉
.
Health and fitness has always been and important part of our lives.
.
Let’s make it part of yours!
.
.#health #fitness #promo #startup #running #worldcup #fitfam #parkrun pic.twitter.com/nnS5ydvBaD

You can find out more about the start-up here and for the latest updates follow gofyt on Twitter.