No two races are the same for Kris Jones 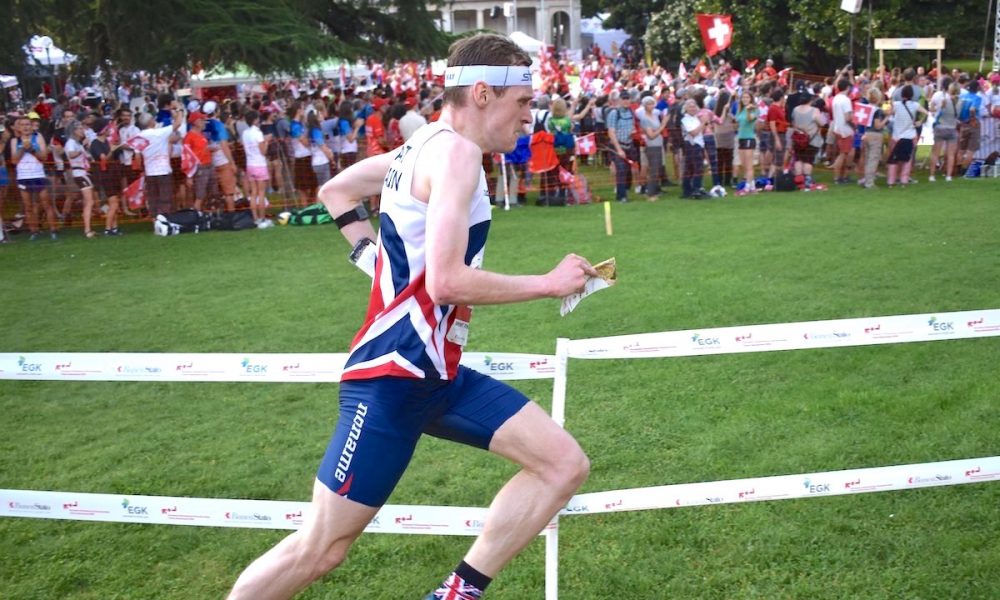 If there is a race, whether it’s road, cross country, track, or one that requires a map, runner and orienteer Kris Jones will not be far away.

The British international orienteer has enjoyed a fine 2018, including wins on the road, cross country success, and most recently a first international senior medal at the European Orienteering Championships.

Most readers know Fast Running endeavours to cover the distance end of running as best as possible, but it isn’t all about the roads, track and cross country. From mountain running to orienteering, distance running takes on many forms and all present their own unique set of challenges.

For those who are unfamiliar with orienteering, the sport involves navigating between a series of checkpoints (called controls) marked on a map. There is no set route and it is up to you to get to each control aided by your map in the quickest possible time.

Born and raised in Swansea, Wales, Jones was introduced to the sport as a teenager, and after making the British squad as a junior athlete there was no turning back.

When it comes to his academic life, Jones has also called on his navigation skills, moving from his home in Swansea to Sheffield to Loughborough, and to his current residence in Dundee, where he is studying a PhD in sports biomechanics through Ulster University.

His club affiliation is no different, and includes Dundee Hawkhill Harriers, Forth Valley Orienteers and Lillomarka Orienteringslag, however, he is Swansea Harriers man true and true.

Here we chat with the talented athlete about all things running, orienteering, and how he manages his training alongside his academic pursuits.

Fast Running: Congratulations on your bronze medal success at the European Orienteering Championships. Could you tell us about the race?

Kris Jones: I was confident that I was in good shape and could perform well, but for the first couple of minutes of the race I felt really rushed and took some slower route choices. I was outside the top 20 fastest times after about four minutes of running but I managed to find some rhythm after that and I didn’t lose much time from then on.

It looked for a while like my time might only be good enough for fourth place, so I was very happy when I was confirmed in third place. FR: Training for both orienteering and long distance running, is it an easy combination?

KR: In a way, yes. The training for the two is very complimentary. Where things become a bit difficult is in the scheduling.

There is significant overlap between the orienteering season and the track season, which is why I tend to only manage a few track races a year.

FR: Do you have a preferred distance in orienteering?

KR: I’ve always been best at, and always enjoyed the sprint distance and any relay races the most.

FR: How can others try out orienteering?

KJ: I would find your local club and get in touch to find out more. There is a lot of helpful information on the British Orienteering website that you can find here.

Some clubs run events for newcomers where you can get a bit of coaching and advice, which can be invaluable in giving you a leg up.

That said, some clubs are more proactive than others, just like in athletics. It is worth remembering that you will most likely get lost while you are learning the ropes, this isn’t something to be embarrassed by, rather it is something that happens to everyone. A lot of the enjoyment in orienteering is in trying to get better each time.

FR: How does British orienteering fair against other nations?

KJ: I would say that Switzerland and Sweden are the juggernauts, with Norway, Finland, Denmark and the Czech Republic not far behind. It is largely Scandinavian dominated. The infrastructure, in terms of clubs and also the forest terrain over there, is probably the biggest difference.

FR: Does where you were brought up make a difference? Orienteering in Brixton might be a bit different to somewhere like the Brecon Beacons.

KJ: Yes, some places are easier than others. The emergence of the sprint distance, which generally takes place in urban terrain, means that there is much more opportunity for orienteering that there was in the past.

Orienteering maps are quite specialist, much more detailed than an ordnance survey map, so an active local club who are organising events and making maps is probably the most important thing.

FR: What is your top tip for a young orienteer?

KJ: Learn how to run fast, but also learn when to slow down. Many mistakes can be avoided just by slowing down a little at the right times.

FR: What has been your best ever result and why?

KJ: Probably the bronze medal at the European orienteering championships, which felt like the culmination of a lot of years of hard work. The performance wasn’t anything special either which gives me confidence that I can challenge the medals in the future as well. FR: What about your worst race experience and any lessons learnt?

KJ: The 10,000m European Cup 2017 in Belarus. I had achieved something that I never thought possible by gaining selection for a British team in track running. However, I was pushing my training too much in the run-up to the race and struggling to recover.

I had some niggly pains but I wasn’t going to pull out so I ran despite not being in a good place physically. Fast running on a hard track in spikes was the last straw, my calf seized up and I had to drop out.

Not exactly the race I envisaged. It was a painful reminder to keep balance in training, especially near a big race. It is tempting to think that more work equals more gains but getting to the start line healthy should be the first consideration.

FR: Could you outline an average training week?

KJ: I tend to race quite a lot, so my program is quite flexible. I think consistency is the most important aspect of training and so I have a general routine around which I manage the load depending on how I feel in training and what races are coming up.

My training really isn’t anything special, I don’t tend to do many sessions which would catch anyone’s attention.

Tuesday: Intervals with Dundee Hawkhill Harriers group. Session varies week to week but is fairly typical in my experience.

Saturday: Race or another hard session

I’ll supplement this routine with morning runs of up to 45 minutes depending on the volume I want to achieve.

Typically, I’ll run around 80-95 miles or 10-12 hours a week depending on the time of year and racing schedule.

I will sometimes replace a hard session with a fast orienteering training but generally, most of my orienteering technical training gets done on the weekends or in training camps.

My training log is publicly available to view here.

FR: How does family, work and training all fit together for you?

KJ: I have approached the PhD as though it were a full-time job, but it still gives a little more flexibility than some jobs. I have found the PhD to be quite self-directed, which means that I have some control over how I spread the workload.

I have a short commute (approximately 40 minutes each way) to the office, which means that I train in the morning or the evening most days, but I find that this gives me quite a nice routine – I can’t put training off because I have limited free time in which to do it.

My girlfriend is also a runner, which helps because she is also out training a lot of the time.

FR: Still on training, what is your favourite session?

KJ: Anything which gets me to nice places, so long runs in the hills are always nice. Apart from that, I can’t think of one particular training session which I enjoy more than others, but I get a lot of satisfaction from the routine of things.

I like having my legs feeling nice and fluid to start with, then waking up sore and tired after a hard session and slowly nursing them back to full strength with some easier days – and repeat. FR: What is your nutrition like? The good, the bad and the ugly.

KJ: Better than it used to be, but still not perfect. I have a massive sweet tooth, so the bad and the ugly of my nutrition is almost always related to a binge on something sweet.

I think the rest of my diet is reasonably balanced nowadays but like most distance runners I can put away big plates of food when I’m hungry.

FR: Is there anyone in particular you look up?

KJ: I used to look up to the GB orienteers who were racing when I was younger, but now, I tend to get more inspiration from my teammates and peers.

Orienteering isn’t a sport with lots of money or fame, but I’m always inspired by how much people put into it and it always makes me want to be better also.

FR: Do you have a dream race or a particular event that you would like to compete in, that you have not already done?

KJ: As I race a lot of different types of races; orienteering, hill, cross country, road and track, my bucket list of races I want to do is huge.

I enjoyed watching the recent marathons (Gold Coast, London and Boston) and I’m keen to give the distance a go in the future. I’m not underestimating the work which goes into competing well over the marathon though, so I’ll have to give it full focus when I do decide to step up.

KJ: My main goal race is the World Orienteering Championships in Latvia at the start of August and I will focus primarily on the sprint distance and the two relays (mixed sprint relay and traditional relay).

I hope to contend for the medals, but the first aim is to get myself to the start line fit, healthy and technically sharp, rather than focusing on the result.