Transition to the track 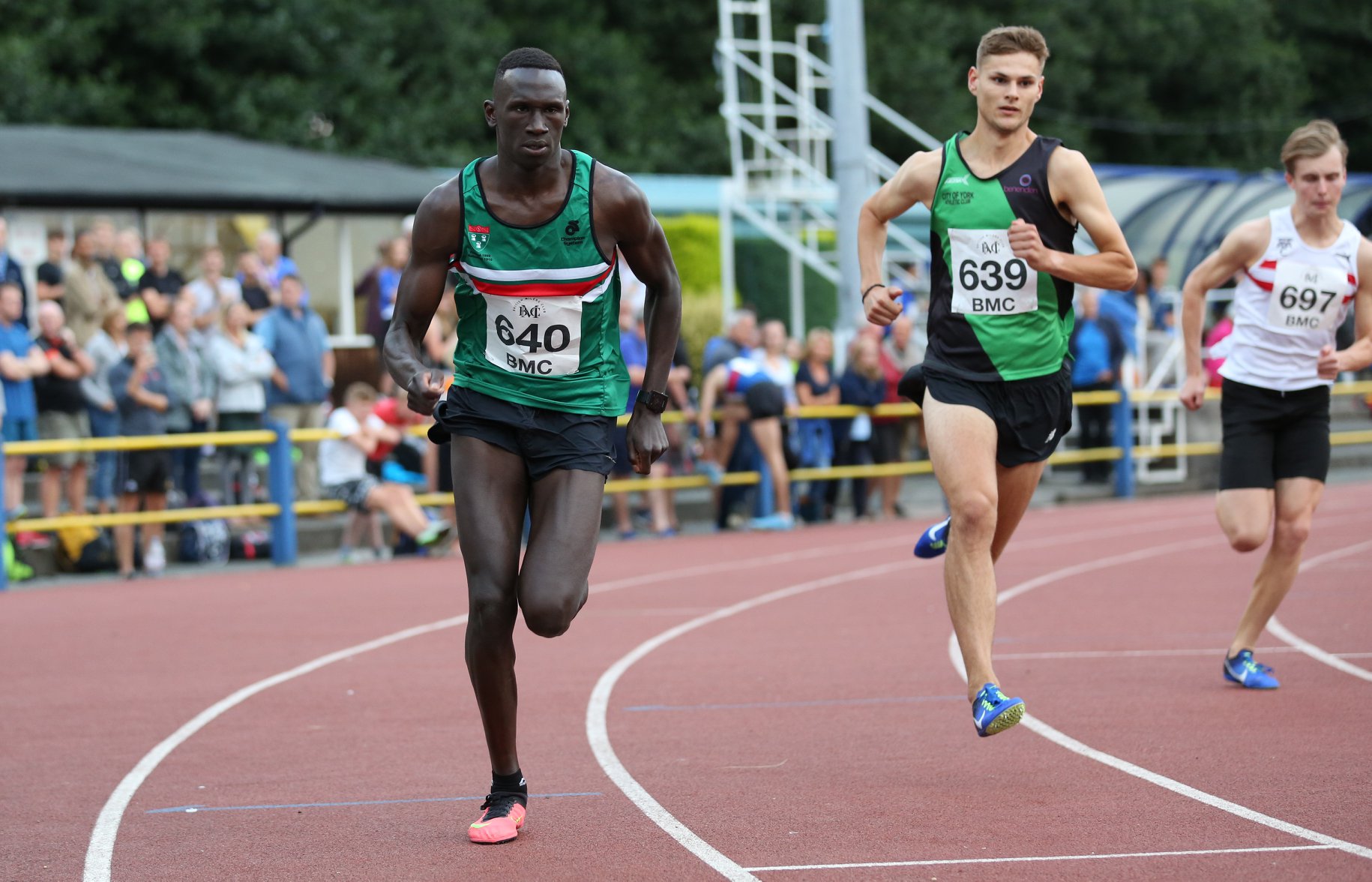 Will Onek is fast, proper fast, but has always been drawn to the longer events. Now he talks about why he’s focusing on that raw speed of his.

Fast running. It has always been the goal – the collaboration with this website is a match made in heaven. From playing football on the wing to taking up cricket when I first started at secondary school – it became obvious speed was my thing.

Blessed with a natural ability to turn over quickly, a love for anything athletic soon developed. At school I showed a capability over the cross country, winning the annual Lenten charity set run in my first 4 years.

I was labelled a cross country runner and I didn’t give anything else much thought. Entering sixth form football became my main interest, as is the case with many teenage boys and this carried on through university and into my early 20s

Fast forward to 2013,  good friend and triathlete John Hodkinson persistently tried to convince me to run a marathon. Usually in a state of insobriety my response often uncommitted and vacillating. When a mutual friend was unable to honour his entry for Edinburgh, I now a had free ticket, little excuse, and no way out.

En-route to Edinburgh with John Hodkinson

Training was unstructured, at best

Haphazard is perhaps a more accurate description. Unlike the preparations of my club mate Nigel Martin, I was without guidance and absent of knowledge. I cobbled together a 12 week programme for various running books/websites – though I only committed to a 14 mile long run at the peak of the training block.

The day before the marathon we caught the train to Edinburgh. I vividly remember pulling into Oxenholme station seeing John on the platform struggling to contain his amusement that I’d actually gone through with this.

So who’s to blame for my love of running?

I can only blame John for providing the precursor to where find myself today. The pre-race nerves, in race competition and fast finishing, and post-race satisfaction (and suffering) quickly took hold.

Interest in club football faded and I sought structured training through my first coach Eddie Simpson. Thirty-eight minutes for 10K quickly became thirty-two. A job opportunity soon saw me move to Manchester. Eddie sent me off with his blessing and one instruction – “Go and see Norman Poole”

With coach Norman Poole and other 800m atheletes at Wythenshaw

Arriving at our training base in Wythenshawe Park one evening, I watched on as Norman oversaw a session for the 800m athletes, including 7-time British 800m Champion and European silver medallist Michael Rimmer.

Right there I was watching fast running. I was convinced it was where I needed to be – I’ve never been more certain of anything else.

Insisting to Norman that I belonged in said group, summer 2018 soon came round and the opportunity came to prove my worth. A full recovery 300m session run in the high 35s gave me the affirmed my belief

How the training changed

The differences between middle distance and long distance training immediately became apparent. Key training sessions are now approached with the same apprehension normally reserved for race day. The intensity of shorter necessitates the need to build lactic tolerance. And the increased forces on the body heightens injury risk. Trips to the physio became more prevalent.

Although recommended for all runners, I discovered strength work is of particular importance to speed/power-based athletes.

To complement the track sessions, we have introduced Olympic weightlifting sessions. Mike Harris, head coach of Wythenshawe weightlifting club oversees a weekly gym session. Having almost 35 years of experience and a recognised level 2 coaching licence, Mike prioritises technique-based training, with the initial focus in these sessions being on the technical aspects of the sport rather than moving heavy weights.

Once the movements are learned, progression to heavier weights occurs naturally with a reduced risk of injury. Having this reliable guidance in the gym is an invaluable addition to the training set up as all athletes are always looking for an edge to improve performance.

Another challenge shared by many athletes in the Fast 10 class 2021 is balancing work with play.

Professionally I’m employed in financial services audit working towards an accountancy chartership. For the most part of the year managing training along side work is achievable. Having such a big pool of talented athletes it’s much easier to use the power of the group to ensure consistency from week-to-week.

However, an inevitable part of the job is the “busy season” – the 3-4 months following New Year when the majority of companies have their financial year end. Once management finalise their books, work commitments for the auditor often outgrown the opportunity to get to the track and attending sessions/weights 3 nights each work week becomes untenable.

Adapting to the conditions

That being said, the third lockdown of COVID-19 pandemic forced athletes to train in groups no larger than two, which ultimately resulted me finding more creative way of planning track sessions without a track.

Although it was impossible to replicate the favourable flat and consistent conditions of track running, we were able to develop sessions effective sessions on road, revealing the possibility to work around challenges also posed by working life.

With busy season coming to an end and locking measures being lifted a return to consistent training has been made possible. May 2021 sees an eagerly awaited return to track racing and (hopefully) fast running.

You can follow Will’s  progress at on his Fast 10 blog and, of course, Power of10.

Fuel for the fire
Swapping to the Steeple