The journey to a debut marathon 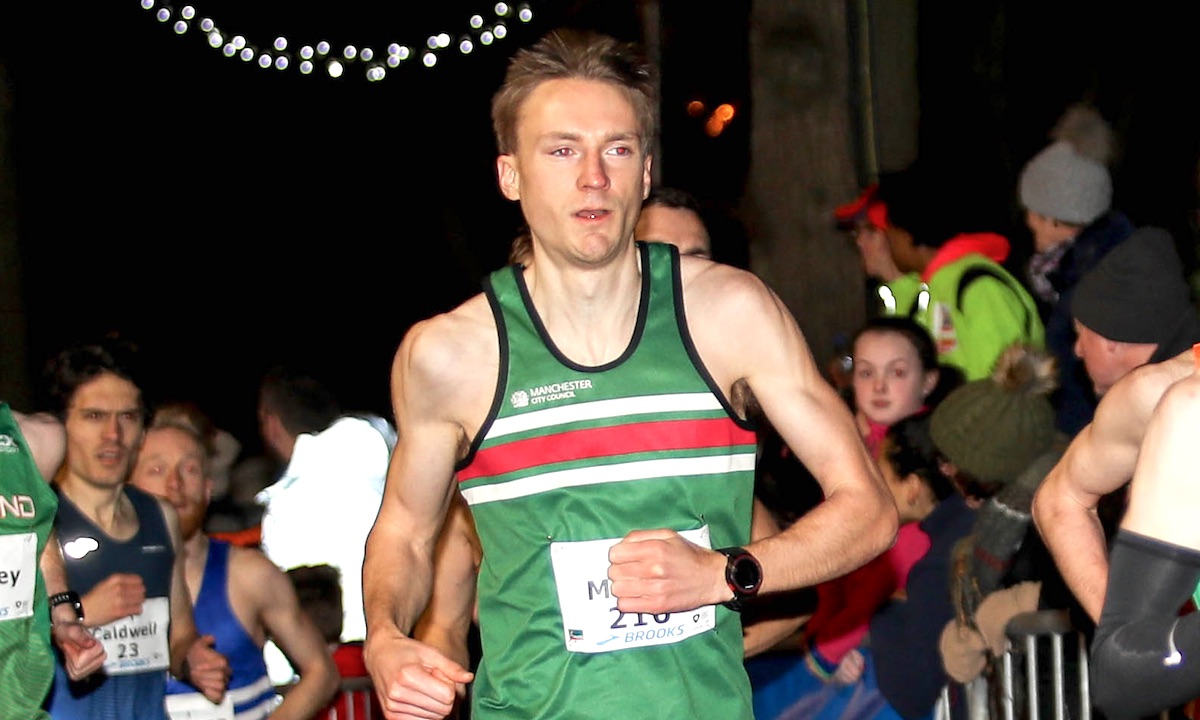 In his first Fast10 blog of 2021 Nigel Martin gives a wonderful insight into his preparations towards the debut marathon.

I’ve been told by several people, most importantly my coach, that the marathon will be my best event, but I’ve not been convinced.

Each year that’s gone by I’ve naturally upped my training and delayed doing a marathon, since it would have taken more and more work to do myself justice.

As I started out racing my 5k to HM times always lined up well, but I actually thought 5k was one of my stronger events. One thing is for sure though, I don’t have much natural speed. I’ve never done any pure speed work in training and I’ve never run a sub 60s 400m. I remember in the Armagh 2020 race being in the lead group chasing Zalewski and on the last lap I was feeling great. I knew I was able to bridge the gap to him and it’s a regret of mine that I didn’t and just go for it earlier.

As it happened even though I was strong, I got destroyed in the sprint finish. Of course, lack of natural speed is no guarantee of being suited to the marathon, Kipchoge definitely has good natural speed!

The Marathon is intimidating. For me it’s not the distance though. This build up has included three long runs over 24 miles and each saw good recovery afterwards. It’s the pace that you have to hold for such a long time that makes it so hard.

Trying to establish a goal for the Marathon Trials has been especially difficult with no races around to gauge fitness, something I think may will elate to. Instead, it all has to be based on training sessions, for a distance I have never raced before.

Training has been going really well and I know I’m in the best shape I’ve ever been in, that’s for sure. It’s just a bit of a shame that I can’t bank some of that training by knocking out a good 10k or HM, but instead everything will rest on one race. The eggs are all in one marathon basket.

I am grateful that I’ve had a race to aim for that I was confident would go ahead as the Marathon is a lot of work. What I could never be sure of was that I wouldn’t get COVID in the build-up, or another illness which would have almost certainly spelt the end. Even now my participation all hinges on a negative Lateral Flow Test!

Have faith in your own process

Over the last year, I’ve found it’s very important to have faith in your training and the sessions you know mean you’re in top shape. It’s also important to run controlled and by feel rather than chasing paces.

With no races around and no doubt a flood of “check out this session by XX on strava” in your running WhatsApp groups in-lieu of any race results, it can be demotivating when you compare with your own training. But you must have faith in yourself.

The only person relevant for training comparisons is you.

Again, this is where it’s important to be able to directly compare by running the same loops and for time trials I’ve not kidded myself, I’ve measured them beforehand with Satellite tools which I’ve found to be very accurate. In fact, when I measured my old tempo loop that I did those 10ks on, I found they were ~130m short!

So, whilst they gave me confidence, I was blissfully unaware they weren’t as quick as I thought. My training in this build-up has used measured courses and I’ve been running quicker. Nigel training in all conditions with his strong group. Still shorts weather for most though… Photo: Dave Proctor

No group training, but still a good group around

Whilst there’s been a lot to learn and no group training allowed, I’ve had plenty of help. On my longer sessions, my partner Laura has kept me company on the bike. In the first 24+miler we got caught in a heavy snow storm and Laura had to abandon soon after 15 miles and almost got hypothermia! (Don’t worry I was fine).

The second run included 20mph winds with a -10oC wind chill! Somehow, Laura still came along for the third. (You must just be brilliant long run company Nigel – Ed.)

I’ve had race nutrition help from Robbie Britton who I’ve been regularly pestering. When Robbie informed me there’s a crucial difference in whether you put in the powder or water first when mixing Beta Fuel vs Maurten, I knew I was talking to the right man!

My coach, Norman Poole, has been in regular contact and provided my training plan. Amongst many others Norman coached my clubmate Matt Bond to his 2:15:32 at London in 2016. Unbelievably Matt managed that time off very low mileage, I think peaking only around 80mpw.

He did do a lot of cross training, but that’s a lot less than I’ve been doing. I’ve averaged about 85mpw over the last 14 weeks. Certainly not as much as some of the people I’ll be competing with, but I know I couldn’t have sensibly done more. My training is certainly not as impressive as a lot of others either, but I respond strongly to training and as a result my easy runs are generally very slow – more on that in another article. Racing 3000m is now a distance memory, but it’ll all come back on Friday. Photo: Dave Proctor

The ins and out of training

In terms of marathon sessions, I’ve followed a bit of a hybrid Pfitzinger/Canova approach. I’ve tried to do plenty of miles at or very close to MP (Canova), doing very regular long tempos of 10+ miles or so. But my long runs have been focusing on 80%-90%+ of MP, which is more in-line with Pfitzinger.

Canova style special block training is totally out of the question for me. There’s no way I could handle that and I’d either get injured or just get nowhere near the paces. Have a read of this blog to get a flavour for it – It took him 10 days to recover from that during which he managed only easy runs, so yeah, not for me!

In this last cycle I’ve done a long run just shy of 25 miles with about 23 miles at 80-95% MP feeling very comfortable and 60mins at race pace definitely not feeling comfortable! Looking at Matt Bond’s training I know I’m able to do the same sessions and actually bigger volume, so it will just come down to the day and finding out if I’m a marathon runner or not.

It won’t be an easy debut, most of the others have nothing to lose and have done marathons before. I’m expecting two groups, the 2:10:00 (top 2 or die) group and the still very challenging Commonwealth Games 2:13/2:14 group. If you don’t go with them, you’re probably on your own, which isn’t where anyone wants to be!

I’ll be posting another blog post marathon and depending on how the marathon goes it might be sooner or later!