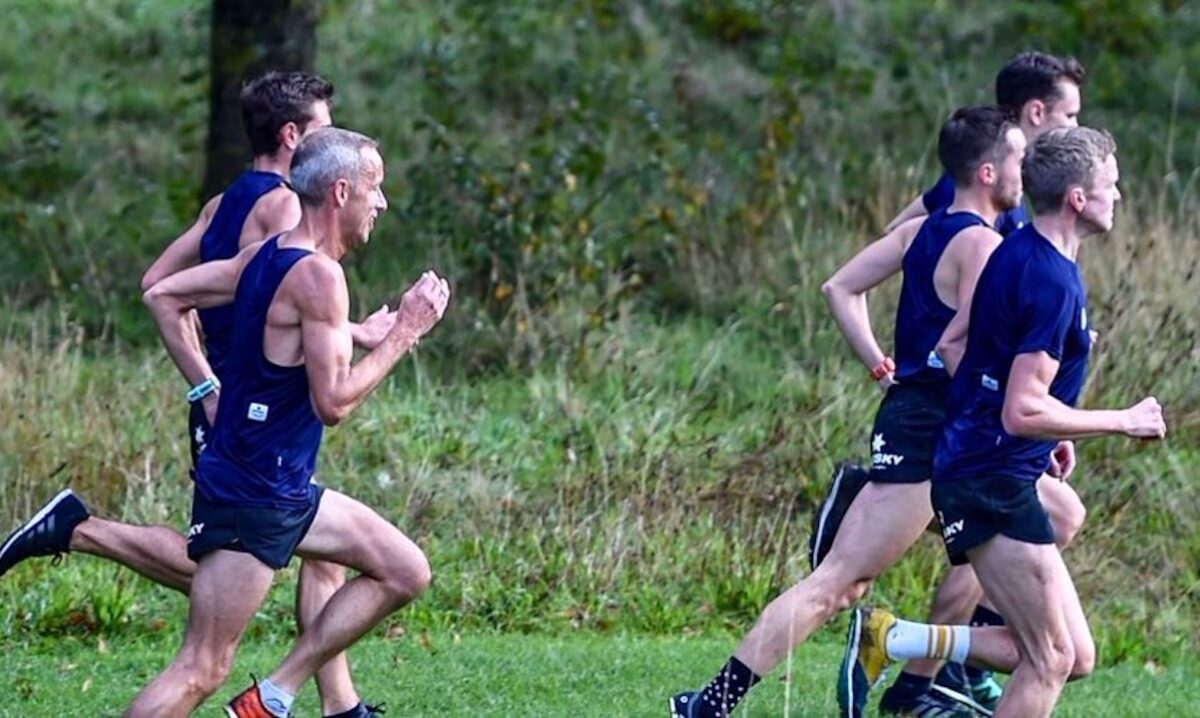 Here at Fast Running we’re big fans of the work done by coach Allison Benton on the south coast of England. To celebrate 10 year of the AB Training Group, over to Paul Navesey.

2020. The year of Covid-19, endless home workout videos and a new world of virtual racing where 15 laps of a cul-de-sac is a desirable 5k course!

Closer to home for me though… 10 years of AB Training Group.

Allison Benton started with a small group of athletes congregating at Stanmer Park and it has gone from strength to strength. I have not had the fortune to be a part of the full 10 years, but I have had the pleasure of Allison’s guidance since 2015 and currently train with some of the original members!

From the very start the group has offered what is at the root of any success achieved by the athletes. That is quality training partners within a targeted and driven environment under the guidance and care of a fantastic coach. My experience since 2015 has included a whole heap of learning, mainly from myself as I was brilliant at making mistakes!

Also, Allison learns and adapts. Not just with me but with each athlete, and every athlete’s experience shapes the future of the group. This is important as it has allowed the base philosophy of the group to support the fine tuning for specific events.

The group has developed, and we now have small groups of athletes targeting a range of races from 800m to 100k and beyond.

Such is the depth of athletes and the breadth of Allison’s coaching knowledge… Obviously the road marathon sector is the favoured!

The group is built on three factors. Believe, belong, perform.

Believe; training partners are fantastic for pushing yourself, building confidence and sometimes just getting you out the door on a cold, wet night.

More so the sense of belief from each person I train with is infectious. Being surrounded by a group of people driven to work their ass off through a process of training fueled by their belief in what they will achieve. The foundations of this belief are the results of others having been through the process.

Belong; each person feels part of the group, from the very beginning. A coach that is fully invested from the start and a welcoming bunch.

Sure, there are small sectors with differing focus but we all meet at the same place, at the same time and go through warm up drills as a group (or just having a natter hoping to get out of them… Westy).

Alongside additions such as a Whatsapp group, end of year parties through to targeted training camps, everyone feels included and there is very little division amongst the group. Keep the group engaged, especially in situations such as this year. The more an athlete feels a part of a group, especially a group that is performing well, the more they will also identify as a high performing athlete

Perform; the crux of it. What we all want. To perform. My personal experience of performance increase is something I would never have expected.

I recall at my first chat with Allison, telling her I would retire happily from running if I broke 30mins for 10k and 2:20 for the Marathon. I have done that and have no intention of retiring! There is a lot more to come from us yet! The performance although last in a list, it is more of a recurring process. The perform fuels the belief, and we are back to the first point! The group train together, race together and support each other hugely, all part of the group ethos promoted by Benton. Photo: Phill Stevenson

When the time is right to train together again

If you are getting tired of training alone and will be looking for a lever you can pull to step up your performance, once we are allowed seek out a group.

Commit to them and they will do the same. Feed from the success and be a part of developing future successes. Much like the AB group, finding a bunch of like-minded athletes that are rounded up and sent the right direction (at the right speed!) by an invested coach will drive your performance forward. I am a big advocate of group training and will without fail chat about the benefits, so I urge you to try it too.

Don’t take my word for it though, here are some quotes from long term members to athletes joining us whilst uni or work has allowed them to be nearby. Allison with five of her athletes in their signature SAYSKY outfits, rumoured to have been chosen by Danish group stylist Ben Savill (shortest shorts). Photo: Provided by Paul Navesey

What the athletes say

Don’t just take Paul’s word for it, here’s some quotes from some of the other members of the illustrious and hard working bunch.

“Very fortunate to have Allison in our lives, she is incredibly dedicated to seeing her athletes do well, not only in sessions and races but in our everyday health too.”

“Great dedicated coach with belief in all her athletes.  Saw something in me as a boozy 34 min 10k runner back in 2010, and somehow changed me into a sub 31 min athlete within 5 years!”

“From a performance perspective there is no doubt that the progression which the AB training group has made is testament to her. However, she is careful to construct an environment that is not merely performance centric and also heavily on group ethos and the simpler aspects of running.”

“Allison treats the group as if it is her family. The achievement of getting a personal best, or exceeding your expectations in a race brings as much joy to her as it does yourself. It makes the reward of a good race result, after a hard block of training, all the more worth it.”

“Words can’t describe what Allison and this group has done for my running. I’m a different athlete and person all together since she took me under her wing! The group ethos drives us all on, and seeing another member of the group running so well inspires the rest of us to even greater things!” Allison with the England team at the 2018 Frankfurt Marathon

The right environment for success

“Having had the pleasure of experiencing a few training sessions with the group first hand, it really is like an extended family” said Fast Running’s own Robbie Britton.

“From training camps away in France, hill reps in Stanmer Park or windy and wet kilometres along Brighton seafront, Allison has created a group of athletes who love their running, excel together and are there for each other through thick and thin.”

“I had the pleasure of working with Allison as we took the England team to the 2018 Frankfurt Marathon. Allison is one of those people who gives you all of her attention and focus when she is speaking to you. For me that’s a rare quality and is one of many reasons why she seems to connect so well with athletes.”

“Her passion for people, the sport and attention to detail makes her one of the UK’s leading coaches from whom I have learnt a great deal.”