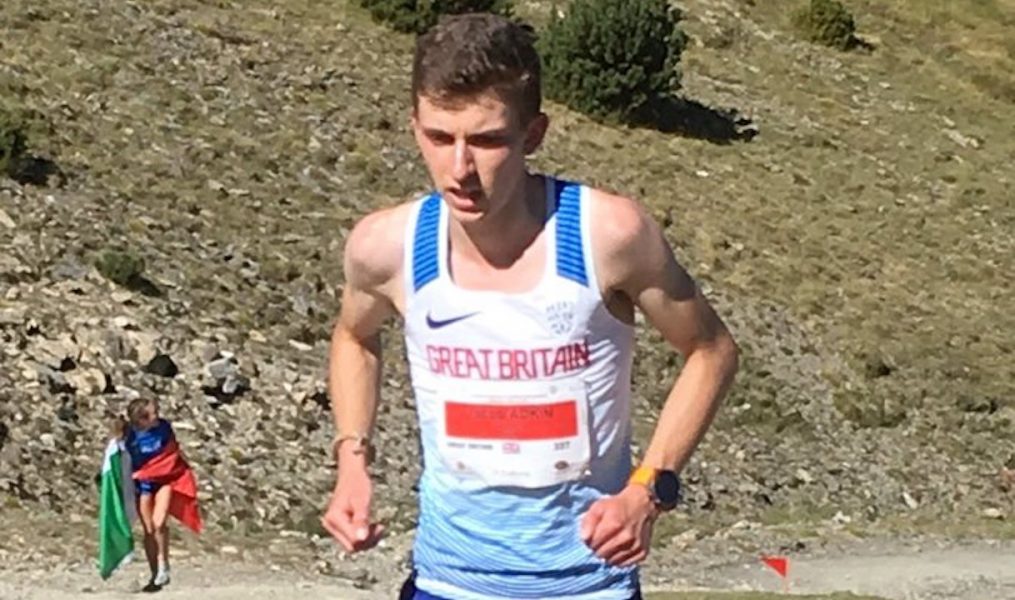 In his latest Fast10 blog mountain runner Jacob Adkin talks about the influences of Strava, both positive and negative.

It’s a funny old time in the running world. Another world has become a holding presence, a set of laces tying it all together with a seemingly unbreakable knot. The online world.

It has never been so present or had such an effect. Has it changed our view of running? And for better or worse? Currently, one of the biggest tools used by runners and other athletes is Strava. Does it offer a positive influence, or does it hinder us? I decided to take some time out of uploading my daily runs and scrolling through the activity feed to contemplate it.

Striving for the future

Back in 2009, a new kind of activity tracking platform was established that would soon go on to see the upload of over 2 million activities per day. Named after the Swedish term for ‘strive’, it represents the attitude of both the company and the athlete that uses it. Building a community of sportspeople from around the world, it has become a natural instinct for many to track, upload, analyse and compare the activities of both themselves and others.

Sure, Strava has no doubt become a source of motivation and encouragement for many runners, providing inspiration through features such as weekly goals and challenges to keep us tying those laces up. You would be lying if you weren’t just a little bit enthused by the pull of segment rankings and course record times – I am.

All of this is meant to create an environment that makes the sport we love more fun, and it certainly does. But sometimes it seems that the reverse occurs, and the orange thumb can feel like it’s pointing in the opposite direction to usual. Where it all started

I signed up to Strava as I began university life, enjoying the extra amount of running geeking it offered. At the beginning, for me it was just what Instagram is to most today, an addiction to the catch-up scroll. Sharing my runs and seeing what my friends had completed, feeling slightly insecure if I hadn’t done so.

Classic modern-day technology addiction but pretty harmless, for a time.

The natural by-product of being a runner, and especially one that loves the details of the sport, is to be intrigued by the training of others. Although done so in what I thought was a non-consequential, ‘I’m just interested’ manner, looking at other people’s Strava – their paces, distances, number of reps in a session, lap times – began to be a subconscious comparison test instead.

Training with a competitive group of athletes is invaluable in improving your own performance. However, with the presence of Strava tying them all together, it means that the whole group becomes present in your personal running psyche for every day of the week, not purely key session days.

The pressure of comparison

There comes a feeling of pressure for your whole training plan or routine to compare equally with a fellow runner’s – to up your weekly mileage distance, do more reps in a session, add more cross-training sessions in. This is one of the fundamental drawbacks to having the constant means of seeing what others are doing. This pressure which I began to impart on myself, to do more, is what led to my few years of setbacks, and I can remember what especially wasn’t helpful – those damn weekly mileage graphs.

At a time when I had come into a much larger circle of competitive runners, a number of who much better than I, my use of Strava was leading in only one direction. Overtraining. The pressure to put out a performance everyday, to desire Strava to say you achieved a ‘PR’ for your usual easy run route every time, or a better ranking for a segment, isn’t healthy.

If you’re PR-ing on your easy run every week, then your training isn’t being led by how you feel at the present time, but how much you can push your body each day.

Even when I had turned completely to cross-training because of injuries caused by this very way of approaching running, I was still striving to obtain certain hours of activity per week; clearly a stress an injured body doesn’t need when all it craves is recovery time.

What a pickle I had got myself in, and I know I’m not alone there. It’s a dangerous wind that off-balances a large proportion of runners to some extent or another. The true reasons for putting on trainers and the correct objectives for each run become unclear; lost to the need to feed the graphs. It shouldn’t be about maintaining their upward growth, but it is this exact ‘goal’ that lends itself to obstacles further down the line. Ultimately, and tragically, the enjoyment of running goes astray.

The goodness of a CR

That’s not to say CR’s and the like aren’t good in any way (in fact they can be great fun and lead to some interesting sessions). It’s looking upon these features of modern running technology in a measured way that matters. View them with a pinch of salt.

It’s similar to over-analysing rep times for a session, whether your own or others; yes, it’s good to hammer out some tasty km splits, but to keep aiming for CRs is to the detriment of consistent and most importantly, enjoyable, running. Considering the game of segments as just that, a fun ‘family’ game (exclude Monopoly here), goes a long way to making that happen.

It’s not all hate, but balance is key

You may think by now that I hate Strava and all that it stands for, but I’m not a total cynic. It’s been a great way of sharing big adventures into the hills, having a friendly competition over a segment with some mates, and feeling proud when a session or race goes well and others comment to concur. (Strava, I might add, is also extremely handy for route making in new surroundings!).

It’s just through several years of experience, and a number of weeks of going M.I.A. on public activity sharing, that I’ve learnt that we don’t need to rely on Strava to tell us if we’re going well in training or if we’re improving. It’s a great way to track training, and to have fun with running too, as that’s what it’s designed for.

However, I believe it is so important to find the balance between focussing too much on a virtual world of comparison and focussing on your own present. Allowing Strava to dictate training rather than your body has only one outcome. Being mindful of that, it becomes easier to find consistency and longevity in your running.

(P.S. I have rarely looked at a weekly distance graph over the last couple of months, and I have to say it’s most revitalising).

RELATED: How to regain your running mojo