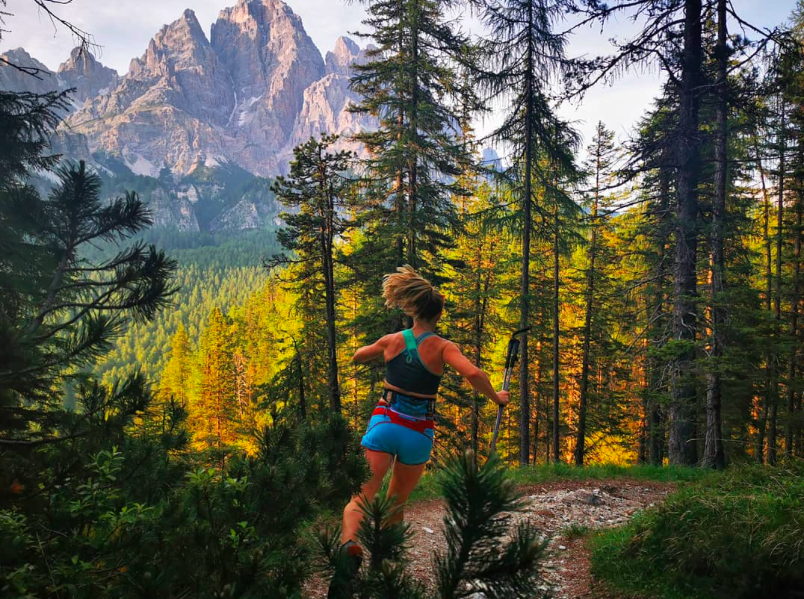 From the US to Europe and on the home-stage, British runners excelled over nearly every distance you can think of.

At the BMC meeting in Watford earlier this week Jake Wightman brought the heat to an already sweltering track meet by coming back after nearly a year off with a stress fracture. He delighted those who have been hoping for his healthy return by winning the 800m in a very confident-looking 1:45.55.

It was a veritable who’s who of domestic middle distance talent in that one sprint finish with Elliot Giles, Charlie Grice and Karl Langford all fighting for every inch at the tape.

Langford may face a sanction for an altercation with an elderly track referee after initially being disqualified for warming up in lane two whilst the 5000m race was still ongoing. The athlete later apologised on Twitter. In the women’s race New Balance’s Sarah McDonald PB’d in empathic style, using the last 200m to pick the pace up, bringing it home in 2:00.15.

Over in the US at the Pre Classic there was an outstanding performance from Laura Weightman in the 3000m. It may only have been good enough for fifth on the night, where two runners, Siffan Hassan and Konstanze Klosterhalfen ran inside the European record, but it puts Weightman second on the British all time list, only behind Paula Radcliffe.

Laura Muir also raced and posted her 10th sub four minute time for the 1500m, but was beaten to the line by Faith Kipyegon.

From the flattest of flat to the Mont Blanc Vertical K – a race which is “ not recommended in case of vertigo” and travels up 1000m metres of vertical gain in less than five kilometres. It’s basically just straight up the side of a mountain from 1000m to 2000 in Chamonix, France.

Fast 10’s Jacob Adkin (Keswick AC) and Joseph Morwood (Aldershot, Farnham & District) showed that you don’t have to come from the Alps to be able to run up them quicker than everyone else. The returning champion Adkin took first and Morwood an excellent second in the French mountain town.

Adkin, who won the European Mountain Running Trials at the start of the month, powered up in 35:05 and will be putting that speed to work at the European Championships in Zermatt next weekend. Morwood, who may have less hills to train on than his Keswick based compatriot, still managed to stay 26 seconds ahead of Frenchman Yann Gedufin to finish second in 37:21.

Hannah Russell of Helm Hill was first GB lady to the top, finishing eighth in 51:09 and Clare Prosser finished ninth in 52:42, both having to battle higher temperatures than Adkin, who had the earned the right to start last due to his win the previous year. There was a notable performance from Ireland’s 2:33 marathon runner Nicola Duncan who placed fifth.

It was an excellent performance in mountain terrain for the runner who clocks up most of her miles on Bournemouth Prominade. GB mountain runner and Sale Harrier Chris Richards was 11th in the men’s race in 2:27:25. Tom Evans was in action on the dusty trails of California to take part in the prestigious Western States 100. He finished a fantastic third place in 14:59:44. It was the first 100 mile race for the impressive British ultra runner, who was paced to the finish by the British 100km champion Charlie Harpur.  Hoka One One’s Jim Walmsley won in a new course record of 14:09:28.

British doctor Beth Pascall also made the iconic journey from Squaw Valley to Auburn. Despite saying she prefers cooler, more mountainous races she showed that she is in brilliant form, coming home fourth in 18:06:51 in a field of fiercely competitive women. Pascall started conservatively and stormed through the field in the latter stages in an excellent display of ultra running.

Over in the Italian Dolomites at the Lavaredo Ultra Trail even more British runners were having an impact. Anne-Marie Watson (Avon Valley) and Sophie Grant (Beta Running) took eighth and ninth place in their 119k trail race past the iconic Tre Cime mountains. Watson finished in 17:17:29 and Grant in 17:24:09.

On the edge of the Scottish highlands it was the Arrochar Alps race and the heat that were challenging our athletes on their home turf this Saturday. Mountain running legend Angela Mudge was first in the Scottish Hill Racing fixture, followed by Helen Fallas and Andrea Priestly. For the men, it was the Ben Nevis race legend Finlay Wild who won (3:07:39). Andrew Fallas came second and Tim Morgan third.

It was truly a jam-packed week for off-road antics. Sabrina Verjee followed in Jasmin Paris’s footsteps to become the outright winner of the Montane Spine Fusion. She covered the summer edition of the 268 mile race in 82 hours, 19 minutes and seven seconds. This was a full six hours ahead of the nearest competitor. That is an incredible feat considering Verjee finished second at Dragons Back only three weeks ago and won The Fellsman a month before that.

Back on the roads

Back to the roads and there were some fast times at Springfield Striders Friday Night Five with their own Pete Robinson finishing first in 25:51 ahead of Braintree & District AC’s Tim Woulfe (26:05) and club-mate Chris Burgoyne (26:32).

Rachel Sweatt of Grange Farm & Dunmow Runners, who has already gained half and full marathon PB’s this year, ran 29:35 for 13th overall and the women’s win. She was followed by Nikki Brockbank (Springfield Striders) in 30:55. Rebecca White of Saffron Striders RC took third place in 32:23.

The Lordshill 10k rounded off the Hampshire Road Race Season. It did so in pleasing fashion for the hosts as their women’s and men’s team won the meeting and look in a strong position for a top three in the league overall. In the race itself it was Ruth Thom of City Of Salisbury AC who topped the table, coming home in 39:19. Abigail Woolaston of Andover AC was second in 39:26. Local lady Kirsty Wood in 40:49 completed the podium. For the men 25 seconds separated the top three. Aiden Lennan ran 33:03 for first place. Gosport Road Runner’s Ben Toye was second in 33:10. Stuart Holloway from City Of Salisbury AC was third in 33:28

In Norwich at the Humpty Dumpty 10k Juliette Watkinson of Wymonham AC took the crown in 39:48 with a hot day seeing a slower finish than Dani Nimmock’s 35:14 last year. Waveney Valley AC’s Matthew Jefferies was the men’s winner in 33:47

Southport Half Marathon was won by Mandy Dohren of Victoria Park Harriers in 1:24:24 and Matthew Crehan (St Helens Striders) in 1:10:41.

At the North Devon AONB Half Marathon Mara Yamauchi took her Olympian legs for a spin to win in 1:36:54. Bideford AAC’s Ronnie Redmond was the men’s champion in 01:20:30.

Callum Elson was back to defend his title at the Humber Bridge Half Marathon taking over a minute off his winning time from last year to finish in 73:14. Elson was well clear of second place Ben Evison (76:46) and third place Gary Couzens (79:03). Naomi Bright of City of Hull AC was the first woman with 92:08 ahead of Caroline Teasdale (94:49) and Jessica Walker (96:31) in second and third. Despite the heat it was a fast weekend at parkrun. Hayley Carruthers kept her winning form but just with a few seconds knocked off at Walsall Arboretum (16:05). Omer Ahmed ran 14:26 to nudge tantalisingly close to his 5k PB at Brueton parkrun.