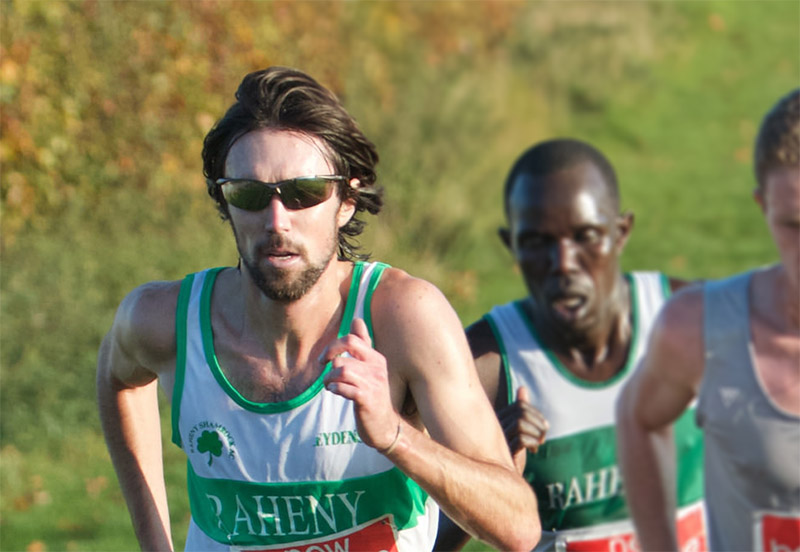 Mick Clohisey and Annette Kealde made it a Raheny double over four miles, whilst Sinead Diver impressed over 26.2 miles in Melbourne.

With the Dublin Marathon just a fortnight away, Raheny’s Mick Clohisey had a useful work-out in Co Carlow when he proved the class of the field at the 39th annual Tinryland 4-Mile, this year run in association with the Samaritans, on Sunday (October 14).

Clohisey’s time of 19 mins 11 secs gave him a comfortable lead over Kilkenny pair, Tomas Hayes and Eoin Everard who finished second and third in 19:49 and 20:04.

Making it a Raheny double when winning the women’s race was the evergreen Annette Kealy in a time of 24:05. Grace Reilly of Portlaoise AC was second in 24:54 and Laura Ward third in 27:19.

Enda Cloake of the Navy was the winner of the Army Navy BHAA 5-Mile held in Cork on Sunday (October 14).

James Hamm of Portlaoise AC and Tallaght’s Laura McDonnell were the first two finishers at the Rás Ráth Cúil 5km on Sunday (October 14). Hamm finished in 17:26 and McDonnell in 18.26.

A day earlier, Dermot Gorman of Raheny Shamrock won the annual Donadea 10km held on the trails around the Kildare forest park (October 13).

Gorman finished in 35 mins 15 secs, with Ian McManus of Celbridge AC second in 36.16 and Patrick Coyle of Civil Service Harriers third in 36:28. First woman was Jill Kiernan in 44:12, with Sarah Brady and Katie McElroy not far behind for second and third.

Winners of the Cosantoir 10km in the Phoenix Park on Wednesday (October 10) were Kenneth Rogers in 32:27 and Elizabeth Carr in 38:24. Members of the Defence Forces took part in the race.

In Australia Irish born Australian international Sinead Diver ran a fine 2:25:19 to win and set a new course record for the Melbourne Marathon. The 41 year old mother of two only started running nine years ago but has since discovered a talent for fast running.

Mark McKinstry of North Belfast Harriers and Catherine Diver from Beechmount Harriers were the winners at the Northern Ireland Masters Athletics Association Cross-Country held at the DUB playing fields in Belfast on Sunday (October 14).

McKinstry won the men’s 8km race in a time of 25 mins 00 secs. Defending champion Alan Bogle of City of Derry was a minute behind for second and Chris McGuinness of Foyle Valley third.

In a competitive women’s 6km, Diver held off Gemma McDonald from Ballycastle Runners to win in 22 mins 26 secs with McDonald finishing in 22:33. Amy Bulman of Willowfield Harriers finished third in 22:56.

Rio Olympian Sarah Treacy of Dunboyne AC made a welcome return to cross-country racing at the Cardiff Cross-Challenge on Saturday (October 13).

Treacy finished seventh in 22 mins 32 secs, which put her 44 seconds behind the winner Anna Moller of Denmark who, like Treacy, is a specialist steeplechaser; she won the European U23 title in 2017.

Treacy, a busy doctor, will miss the Autumn Open Cross-Country next Sunday but is aiming to run in the National Championships next month.

At the World Youth Olympics in Buenos Aires on Saturday October 13, Miriam Daly from Carrick-on-Suir AC finisher fifth in the first heat of the opening round of the 400m hurdles with a time of a time of 62.72, which was outside her best of 61.32 secs.

She competes in round 2 on Tuesday.

On Sunday afternoon (October 14), Sophie Meredith from St Mary’s AC jumped 5.78m to finish 10th in the long jump final. She has a best of 6.02m set last May.

Canada-based Miranda Tcheutchoua competes in the second stage of the hammer competition on Monday October 15. She threw 54.65m for 15th place in Friday’s opening round.

A stunning total of seven athletes broke 3000 points in the inter girls competition at the All Ireland Schools Combined Events Championships held in Athlone on Saturday (October 13).

Winning with 3348 points was Chloe Casey of St Raphael’s Loughrea, whose best performances was a 12.17m in the shot putt. On a good day for Connacht athletes, Niamh O’Neill of Ballyhaunis CS finished second on 3205 points followed by Ulster athlete Niamh McCorry of Loreto Cavan with 3144 points.

Winning a closely fought inter boys’ title thanks to impressive performances in the long jump and 800m was Troy McConville of Craigavon Senior HS with an impressive 3596 points.

His Ulster team mate Jordan Cunningham of St Malachy’s Belfast was second with 3480 points, while just three points behind for third on 3477 points was Wymin Sivakumar of Colaiste an Spioraid Naomh in Bishopstown, Co Cork.

From the same school came the senior champion Brian Lynch who collected a total of 3428 points to beat Tony O’Connor of Naas AC who finished on 3367 points.