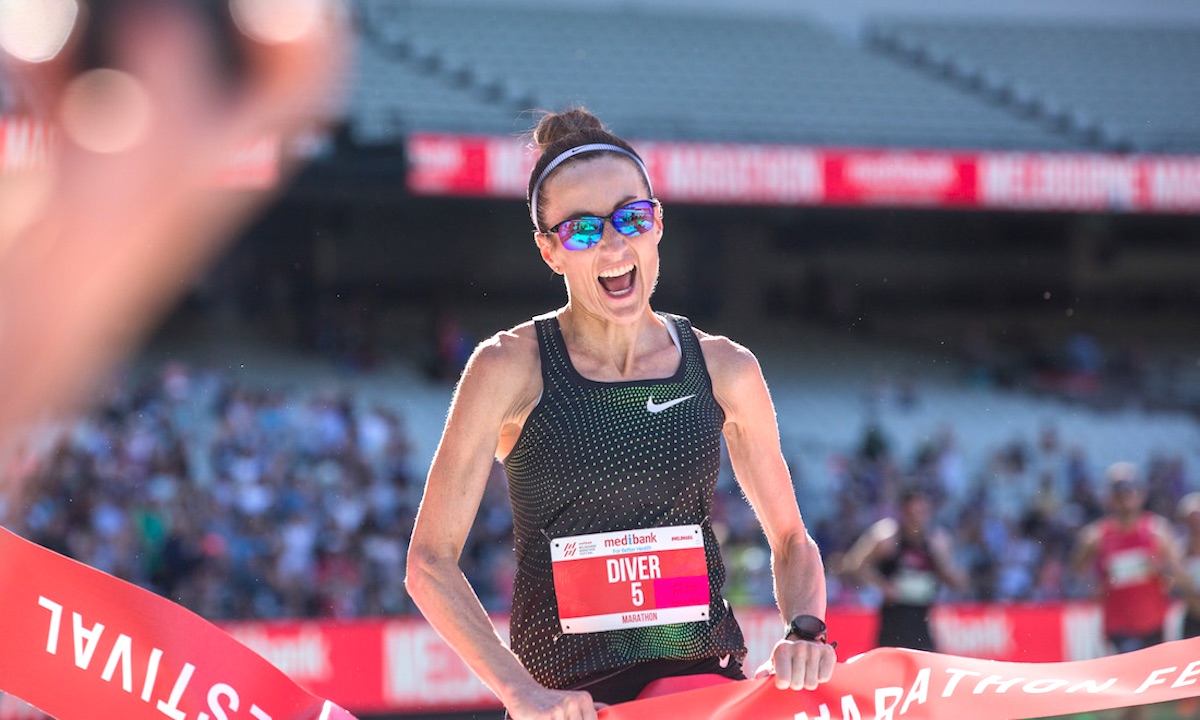 The 41 year-old mother of two’s 2:25 marathon is the second fastest ever by an Irish-born female athlete.

Diver, who hails from Belmullet, County Mayo, emigrated to Australia in 2002, and on Sunday she showed that when it comes to the marathon running, age is only a number after taking over six minutes off her personal best.

The 41 year-old, who has two young sons, is now the second fastest Irish-born female, and her winning time is also the quickest by an Australian female athlete on Australian soil.

“Today was the best marathon experience I’ve ever had,” said Diver after her win. “It’s really special to get a PB in my hometown. Finishing in the G, with all my family and friends cheering me on was so emotional.” Diver is a three-time World Championship representative for Australia and has a host of impressive performances this year.

At the Australian Half Marathon Championships in Maroochydore over the summer, Diver ran a personal best 69:20. When it comes to Irish born female, athletes, she joins an elite club of sub-70 minute half marathoners. Only Sonia O’Sullivan with 67:19 and Catherina McKiernan with 67:50 have run faster.

Diver has proved unstoppable this season. In June, she won the Launceston 10km in a personal best 31.59 – almost a minute quicker than in the same race a year earlier. It was a course record and the fastest 10km road race by an Australian athlete since 2006.

She then clocked 69:53 for a close second in the Gold Coast Half Marathon in early July. A few weeks later, she won the Sydney Harbour 10km with a time of 32.43. Internationally, she led the Australian women’s team at the World Half Marathon Championships in Valencia, Spain last March where she finished 23rd in 71:40.

Diver’s story from Ireland to Australia

So why isn’t she running for Ireland? Although Diver was born in Belmullet, Country Mayo, and studied at the University of Limerick, she and her Limerick-born husband Colin emigrated to Australia in 2002. They are now happily settled in Melbourne with two young sons.

Diver only took up running nine years ago while on maternity leave when she was persuaded to run in a corporate fun race by her sister.

The talent was there and she joined the South Melbourne Athletic Club, where she came under the wing of coach Tim Crosbie and immediately showed promise.

About the only glitch along the way has been an injury that out of the reckoning for the Rio Olympics.

The long-term plan is the qualification for the Tokyo Olympics in two years’ time. Ireland’s loss is very definitely Australia’s gain.