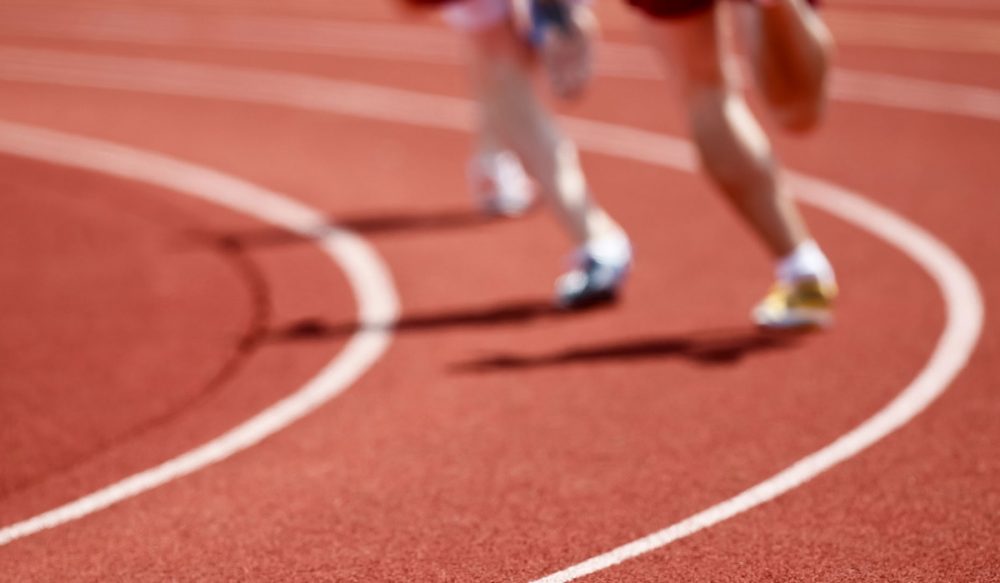 Northern Ireland’s Megan Marrs won silver in the 100m hurdles at the British Championships in a time of 13.37 on Saturday (June 30).

A day later, Leon Reid took bronze in the men’s 200m in 20.31, that followed a fantastic personal best and Northern Ireland record of 20.27 in the heats.

“Happy to have ran a 200m PB in 20.27. Then 20.31 in the final for third again. Two Athletics NI records too,” said the Commonwealth bronze medalist on Twitter afterwards. Reid is part of the ‘Fast 10: class of 2018’ on Fast Running and you can follow his progress this season here.

At the Tribal Games held on a grass track in Galway on Saturday (June 30), Paul Robinson of St Coca’s won the men’s mile in 4:21. He was followed by Ennis TC brothers Rory and Kevin Chesser who finished in 4:22 and 4:34 respectively.

“Finally feeling that all-important rhythm coming back! Very happy it’s tonight’s race in a windy Samorin,” he tweeted after his run.

In La Roche-sur-Yon in France on the same day, Luke Lennon Ford, who runs in Clonliffe colours, finished third in the 400m in a time of 47.21.

In the junior competition, Rhasidat Adeleke of Tallaght had the perfect send-off for Gyor when she won the 100m in 11.83 secs.

Sophie O’Sullivan of Ballymore Cobh, who will compete in the 800m at Gyor, finished second in the U20 800m behind Jo Keane of Ennis Track club and was presented with her medal by no less than Sonia O’Sullivan, who happens to be her mother.

Like mother, like daughter! Sophie O’Sullivan on her way to finishing second in the Junior Women’s 800m at the @irishlifehealth @irishathletics C’ships and with her mum Sonia and silver medal. pic.twitter.com/Q5Y9tJO1Lj

Miriam Daly of Carrick-on-Suir AC, who will compete in her specialist 400m hurdles as well as the medley relay in Gyor, ran in the heats of the 400m but, like a number of other athletes who will pull on the green vest soon, she opted out of the final.

Another to run only a heat was Aaron Sexton of North Down who will run the 200m and the relay at the World U23 Championships starting in Tampere on Tuesday, July 10. His 21.31 secs in the heats was the fastest of the day.

Winning the 100m hurdles in 13.82 secs was Molly Scott of St LOT who also finished second in the 100m. Scott will run in the 100m hurdles and the relay in Tampere. Also named for the relay squad is Ciara Neville of Emerald AC. She’s elected to run both the 100m and 200m in Tampere and won the U23 200m comfortably in Tullamore. Winning the high jump comfortably at 1.70 was Finn Valley’s Sommer Lecky, another who will compete in Tampere.

Over the longer distances, Darragh McElhinney of Bantry AC, who will run the 5000m in Tampere, showed a welcome returned to form when he won a tactical U20 1500m in Tullamore, sprinting to the line ahead of Leevale’s Charlie O’Donovan.

Darragh McElhinney of Bantry a.c. wins the junior men’s 1500m in a sprint finish at the @irishlifehealth Junior & U23’s in Tullamore today pic.twitter.com/Vr688kH8ua

An athlete who is likely to represent Ireland in the future is Efrem Gidey of Clonliffe Harriers, who was the class of the field in the U20 5000m which he won in 14:53.57.

Two busy U23 athletes were Michaela Walsh Swinford AC and Elizabeth Morland of Cushinstown. Walsh improved on her own Irish U23 record in the hammer, throwing 64.57 in the fourth round She also won the shot with 15.06 and was second in both the weight for distance and the javelin with a personal best 41.48m.

Walsh was helping make a small piece of sporting history by competing in the first-ever women’s weight (28 lbs) for distance competition at a national championships.

North Westmeath athletes took three of the four discus titles on offer. Niamh Fogarty took the junior women’s title with 46.57m., while Darragh Gaffney was best of the junior men with 50.40 (1.75kg discus) and Eoin Sheridan took the U23 title with 50.85 (2kg discus). A clear winner of the junior men’s shot (6kg) was James Kelly of Finn Valley with 16.83m.

In the elite heat of the 400m, Chris O’Donnell of North Sligo finished fifth in 47.11 secs and Brandon Arrey of Blarney-Inniscarra AC sixth in 47.88. In the B race, Dara Kerwick of Clonliffe Harriers was third in 48.35.

Elsewhere this weekend, Stephen Scullion, Freddy Sittuk, Emma Mitchell and Lizzie Lee all won on the roads, while Irish athletes impressed on the European mountains. A round-up of all the road and mountain action can be found here.