Belfast Marathon to be held on Sunday for first time ever 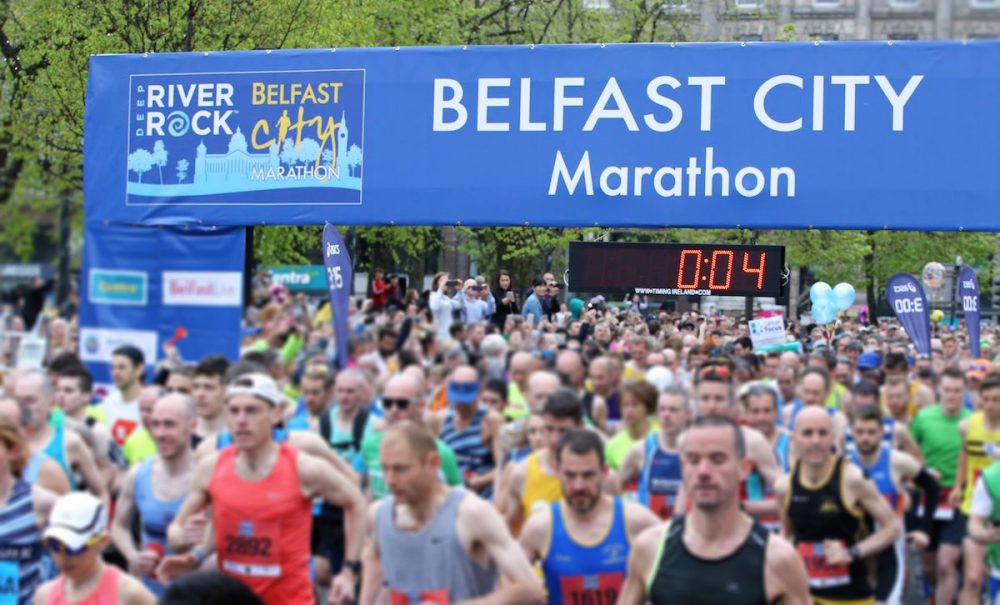 Northern Ireland’s premier marathon will also have a new flatter and faster route in 2019.

The Belfast City Marathon will have a new route and take place on a Sunday for the first time next year, confirmed the marathon’s management team on Tuesday (July 3).

Last Wednesday the City Growth and Regeneration Committee put its support the behind the proposed changes, only requiring the Belfast City Council to rubber stamp the new look marathon, which they did at a meeting held on Monday (July 2).

The event is due to take place on May 5, the Sunday before the Bank Holiday in 2019.

For over 30 years the marathon has been held on the first Monday every May, and this year’s race, the last on a Monday, was won by Eric Koech and Caroline Jepchirchir.

The new route – which you can see below – will be flatter and faster and encompass the north, south, east and west of Belfast.

The new route sees the race start in Stormont with the start line at the main driveway close to the Upper Newtownards Road. As runners go out through the gates at 9am they will turn right and travel city wards before entering Ormeau Park at around the 10km mark.

After going through Ormeau Park the marathon will head towards the city centre, then travel to the west of the city before returning back to Ormeau Park for the finish line at the Ozone.

The Belfast City Marathon said: “The new route is expected to be very popular as it will be flatter and faster and encompasses North, East, South and West of the City. This will no doubt see a higher level of spectators and support throughout the 26.2 miles, providing great opportunities for more local businesses across the City.

“The Belfast City Marathon Management Team are very conscious of the impact a Sunday event can have on Churches, their congregations and the wider community. As such we have undertaken a role of engagement with all relevant stakeholders who could be affected by the new route and this will be ongoing in the coming months.”

The 2019 event is expected to launch entries in early Autumn.