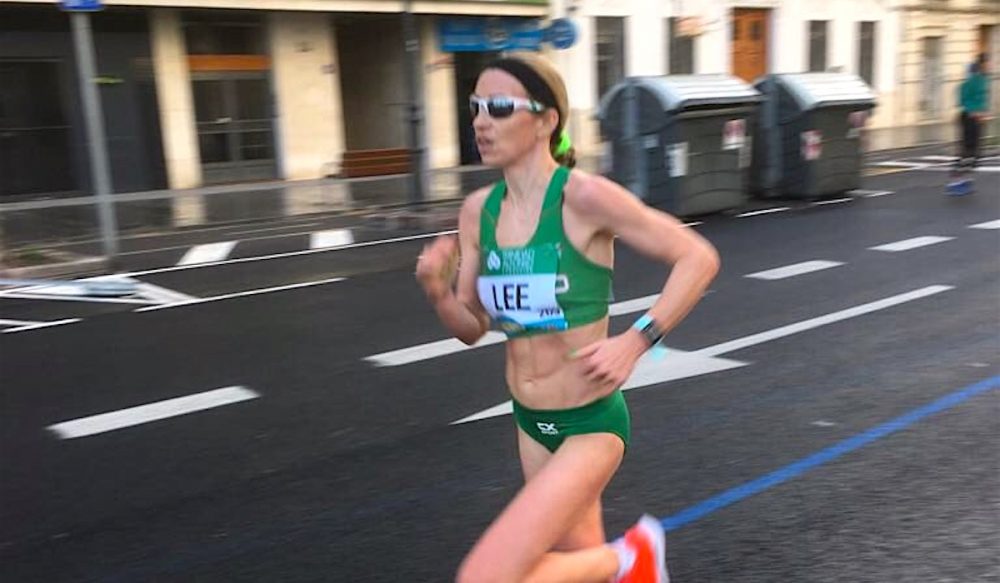 Lizzie Lee and Paul Pollock were the first Irish finishers at the World Half Marathon Championships in Valencia on Saturday (March 24).

Gudeta broke away from the race favourite Joycilene Jepkosgei and her Kenyan teammate Pauline Kamulu midway into the race and by the 20km mark had built up a 40-second lead.

The lead was extended in the closing stages with the superb Gudeta crossing the line to set a new women’s only world record in 66:11.

Despite clearly struggling world record holder (with men) Jepkosgei battled from behind to win silver crossing the line in 66:54, with teammate Kamulu taking bronze in 66:56.

Irish Olympian Lee crossed the line in 46th place in a time of 73:19 to take five seconds off her 73:24 PB ran in Barcelona last month, and at the age of 37 is definitely in the form of her life.

Leevale clubmate Claire McCarthy was next in 57th also running a personal best of 74:20, followed by Irish marathon champion Laura Graham in 78th place in a time of 76:27.

Laura Shaughnessy was right on the heels of Graham, one second and one place behind, in 76.28 for 79th. Fionnuala Ross, from Armagh AC and based in Scotland finished 82nd clocking 76:53.

Ethiopia won the women’s team gold, with 2016 winners Kenya settling for silver, with Bahrain taking bronze. It’s the first time in the last nine editions of the competition that the bronze hasn’t been awarded to Japan. The Irish women’s team finished in 14th place.

Kamworor wins three in a row

Pollock, was the leading Irish man finishing in 77th position in a time of 64:29, with the fantastic Geoffrey Kamworor winning a third straight men’s World Half Marathon crown.

The front of the men’s race started sluggishly and a group of 30 men were within seconds of one another at the halfway point. But with 15km to go Kamworor showed why he is undoubtedly one of the best of his generation, breaking away to run a devastating 5km split of 13:01.

Coming down the beautiful setting for the race finish the NYC marathon champion crossed the line in 60:02 for a 20 second win. 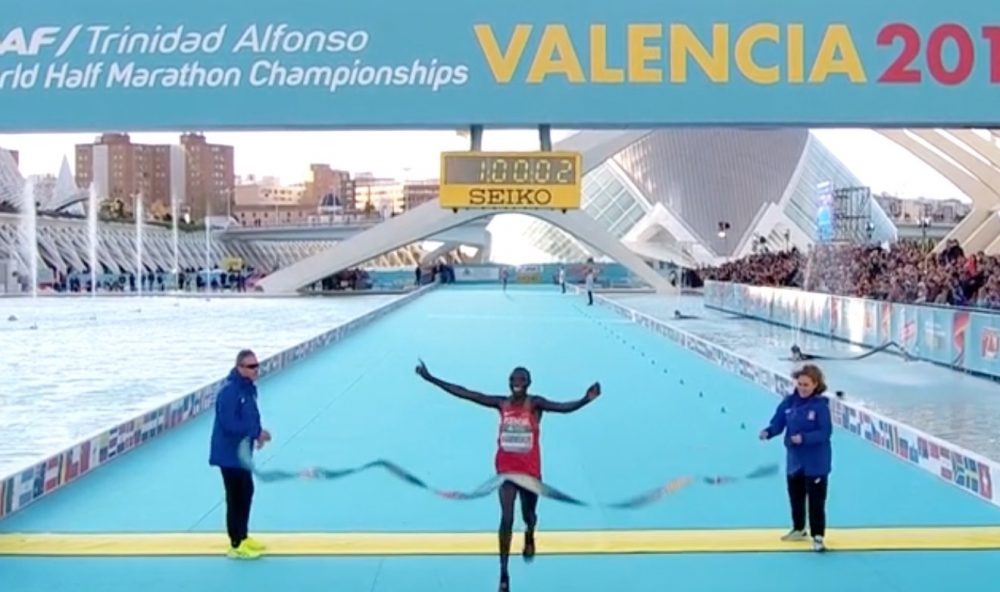 The Olympic marathoners were followed by the fastest Irish man this year Stephen Scullion in 92nd place who crossed the line in 65.19, while Sergiu Ciobanu finished in 101st place running 66.19.

Kevin Dooney, who features in the class of 2018, completed the Irish men’s team in 135th and will be disappointed with 72.14.