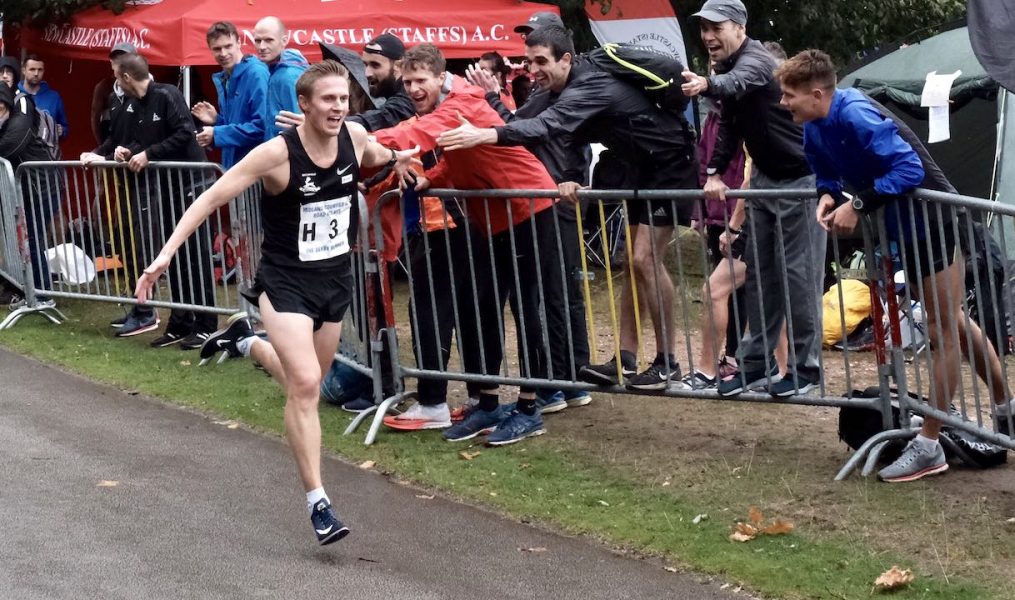 Much like the Welsh Road Relays, rainfall was ever present on Saturday (September 22) for the Midland Road Relay at Sutton Park, as Birchfield Harriers claimed a double win the in senior races.

Alex Tovey took over and ran a final leg of 18:16 to give Birchfield’s senior men their first win since 2009.

Tipton Harriers were the second club over the line one minute and 50 seconds adrift, while Cheltenham & County Harriers completed the podium just 30 seconds off Tipton.

Birchfield Abdullahi took the fastest leg honours after posting a time of 17:41 on the fifth leg, while clubmates Richardson and Ahmed were just one second off with 17:42.

Clubmate Carli Baldwin maintained their lead, however, a slower third leg from the Stags, allowed the consistent Royal Sutton Coldfield to take the reins going into the final leg with a 22-second seconds margin.

However, Julia Cooke retained Birchfield’s position at the front and her fast 15:12 leg secured back-to-back wins for the club.

Mel Newbery’s final leg of 15:41 secured second place for Bristol and West, while Royal Sutton Coldfield held on for third.

Birichfield’s Armoush took the fatest leg honours after her 14:33 opening run, while clubmate Cooke and Royal Sutton Coldfield’s Katie Ingle were next, both running 15:12.

At the Welsh Road Relays, Swansea Harriers had a double celebration as they clinched the senior men’s and women’s title. A full report can be found here.