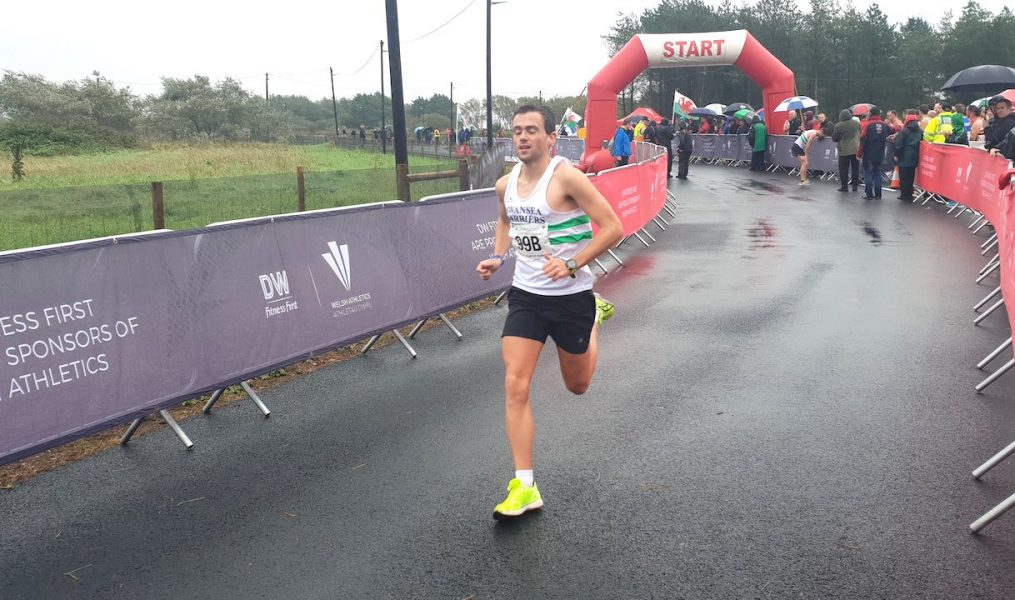 Swansea’s men and women claim senior titles once again as the event sees largest fields for many years.

Relentless rainfall was not able to dampen spirits however as the 51st edition of the Welsh Road Road Relay Championships on Saturday (September 22).

The event returned to Pembrey Country Park in Carmarthenshire for 2018, but this time used the newly built National Closed Road Cycling Circuit that recently hosted the Grand Depart of the Tour of Britain.

Cardiff AAC was the second club home over four minutes later with a strong Aberdare Valley team delighted with their third-place finish just a minute back from the Cardiff team.

Kate Roberts made a welcome return to racing steering the club to the title on the last leg, with the second fastest time of the day.

Lliswerry Runners and Bridgend AC were the next teams home in the race that also saw a masters titles for Swansea Harriers in the MW35 category.

A little earlier in the day, Cardiff AAC had claimed U17 men & women’s victories with wins in the younger age groups shared between Menai Track & Field, and local club Carmarthen Harriers.